Daya heads to Market Days with 'Hide Away'

Everywhere I go I feel I am running into queer collaborators. 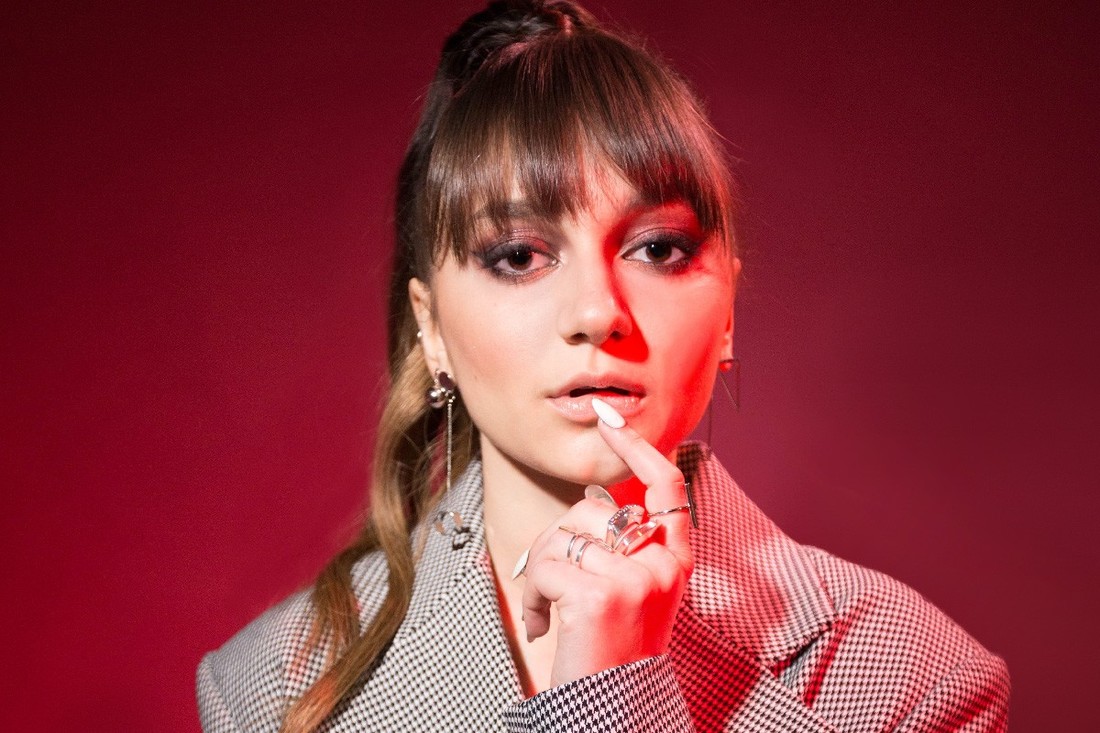 Grace Martine Tandon is known as her stage name Daya. The singer is from Pennsylvania and grew up in the public eye thanks to some major pop hits including “Hide Away” and “Sit Still, Look Pretty.” Her song “Don’t Let Me Down” teamed her up with musicians The Chainsmokers’ and led her to the top 10.

She was invited to the White House to perform for the 2016 East Egg Roll and came out publicly as bisexual in October of 2018 for National Coming Out Day.

Daya is currently releasing new music and has plans to bring the tunes to Market Days at the Halsted and Cornelia Stage at 2 p.m. on Sunday, Aug. 11.

JN: You had your hair in buns before, now it’s all cut off!

D: I did. It’s all chopped off. I’m wearing a weave right now, so it feels like I’m going back in time.

JN: You just played in Chicago. How did it go?

D: It was amazing.

JN: Did you perform at WorldPride?

D: Yes, I did. I was at the Barclays Center in New York the night before. Whoopi Goldberg was there and Cyndi Lauper.

JN: Did you meet Whoopi?

D: I brushed shoulders with her, but she was walking to the stage. I wanted to say, “You’re a queer icon and I love you!”

JN: She had a jean dress on.

D: Her skin looked so good. I wanted her to tell me all of her secrets.

JN: What are your plans for performing at Market Days. Do you bring dancers?

D: I will probably just have a band. It will be super energetic and fun. I haven’t played an outdoor concert in Chicago for a really long time. It has been three years since Pride Fest there in 2016. It’s always a good energy. I’m really excited to be back with everyone.

JN: Are you going to be performing your new songs? I like “Left Me Yet.”

D: Thank you. I will have some old and some new, a little bit of everything.

JN: You have a song called “Insomnia.” When is the last time you have suffered from insomnia?

D: Two nights ago. It’s a recurring thing with me. It’s from switching time zones all the time when I go to the East Coast. I’m never able to fall asleep, so I had to pop a NyQuil.

JN: How do you approach new material?

D: It’s a bit different every time. I like to have a concept in mind before we start. I think of the big idea and then fill in all of the details like a puzzle. I have worked closely with so many amazing producers that I have looked up to for so long. It’s super organic and the collaboration just seems really fun to me.

JN: I interviewed the singer Leland a few days ago and he said he worked with you. How was that collaboration?

D: I love him. He was there from day one actually. The first day that I flew out to LA I had recorded a few songs to pitch to someone. It was for a writing project. I was still in high school. Everyone just said this your song and I got really attached to it. It ended up being “Hideaway.”

He was there and two other writers that I had worked with made pretty much all of my first album.

JN: I love that the LGBT community is all together in that part of the music business with Leland and Troye Sivan.

D: I know. It’s constantly growing and evolving. It’s an exciting community and family to be a part of. Everywhere I go I feel I am running into queer collaborators. It’s amazing to see that visibility.

JN: How has it been for coming out and what have you heard from fans?

D: I’ve been really fortunate with the reception of me coming out. People have been super accepting. I found out a lot of my fans are identifying as questioning or queer. I find it’s really cool to have a conversation about it. It’s an open conversation because obviously I haven’t been a part of the community forever. I’m still new to it and still learning about it. It’s cool to be alongside so many people that are going through the same thing as me.

JN: Do you identify as bisexual now?

D: I feel like I am constantly discovering new things about myself, but I would call myself bisexual.

JN: One time I was on a red carpet with you and I said, “You are the gayest straight girl I know!”

D: Really? That’s probably the narrative of the conversations I have with everyone before I came out! [laughs] People thought I dressed like a lesbian, but was straight.

JN: I was thinking you were well connected with the LGBT community. You played Pride festivals/

D: I’ve always been a huge ally to the community. I just didn’t have a lot of personal things figured out when I started everything out. It’s been an evolution. I’ve always had such a special place in my heart for the LGBTQ+ community.

D: Since coming out, I have played that song and talked about me not identifying as something that isn’t the norm or accepted as the norm plus the struggles that also come with that. Most of the reception has been amazing, but there have been people that don’t want me to succeed as much as when I identified as straight, which is crazy. There are people in opposition.

D: I am doing some festivals. I’m at Electric Forest right now. I have other dates over the summer. I am wrapping things up in the studio. I’m trying to focus on that, so I keep putting stuff out.