Taylor Bennett is changing the game in hip hop

I thought it made the most sense to go in the manor of being honest about myself. 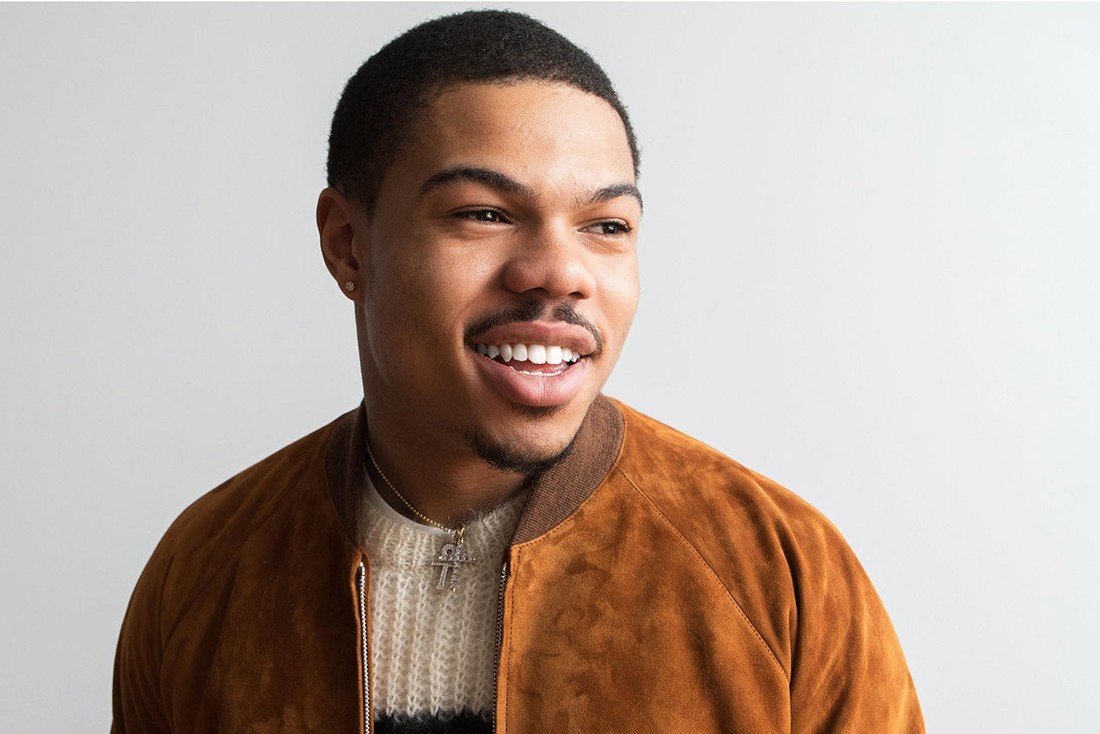 Taylor Bennett is a hip hop recording artist from the West Chatham neighborhood in Chicago, He is the brother of Chance the Rapper and he is quickly following his lead to become the next big thing.

He released a few album titled Broad Shoulders featuring his older brother, along with Donnie Trumpet, and King Louie. His mixtape was self released this year titled Restoration of an American Idol.

He came out recently as bisexual to celebrate his birthday and live more openly. Bennett continues to improve his community with his SaveChicago campaign among other projects.

Navy Pier hosted a Pride celebration where the talented rapper performed. He sat down to talk about new music and life in Chicago.

JN: (Jerry Nunn) Where did you grow up?

TB: (Taylor Bennett) The South side of Chicago on 79th.

JN: How was the Bennett household.

TB: It was great. We had some really good parents. They gave us good morals, me and my brother.

We grew up listening to music like Coldplay, James Brown, and Michael Jackson.

JN: Were there musicians in the family other that you two?

TB: My dad used to play the flute, but besides that no.

JN: You went to school in Chicago?

TB: Yes. I started off going to Mark T. Skinner Classical School, then I went to Ogden, and graduated from Urban Prep High School.

JN: Did you always want to be in music?

TB: I always wanted to but I wouldn’t say until my senior year in high school that I was selling out shows and going to school that I realized I could make a living off of it.

JN: How long have you been doing this?

JN: Now you can drink! Do you have a favorite Chicago food?

TB: Yes. I like deep dish pizza. The best place you can go in Chicago is Connie’s Pizza on 22nd and Archer. It is a family restaurant. Make sure to go there.

JN: They should give you free pizza.

TB: They give me free pizza all the time.

JN: Has it been weird to see your brother become so famous?

TB: Yes, it is weird even for me. You wake up, walk down the street, go to the grocery store and people are stopping their cars to say hi. It is nothing short of a blessing.

JN: What have you learned from watching his career?

TB: To always put a hundred percent into it and put your best foot forward, to always be yourself and humble, make time for your fans and the people that put food on your table. I think the most important part is to be yourself.

TB: I am working on a new mixtape. I have always wanted to make a mixtape and never had the chance to. I am finally working on that right now. We have ten tracks and trying to do 21. They are remixing some of my favorite songs. I am excited. I can’t wait to see what the fans think.

TB: Yes. It was my biggest video production shoot yet. I had a great time shooting it. We had Austin Vesely direct it. I did a team up with UO for Pride month. It was a great time.

JN: How was making the song “Neon Lights?”

TB: That one features Lil Yachty and Supa Bwe. It is one of my favorite songs. We are working on the video for that one right now.

JN: Do you film everything in Chicago?

JN: You have an “Only Brother” song?

TB: That is a song that I dedicated to Chance on his 24th birthday. It is a great song and very meaningful to me. I wanted to make sure that I could give him something that was tangible and he could have with him forever.

JN: He must be really protective of you being his younger brother.

JN: Describe coming out. What went into that decision?

TB: I was turning 21 and it was the day before my birthday. I thought it made the most sense to go in the manor of being honest about myself. One of my big things was to do it for my fans. I felt they couldn’t support me if they didn’t know me.

JN: How has the feedback been?

TB: It has been very supportive and awesome. My fans have been supportive. I support them and they support me too. I think that is what making music is about, bringing people together.

JN: You didn’t have to come out but you did.

TB: I think it is the best to be yourself and live life.

JN: Now you can perform at Pride events like this one.

TB: Yes and that is crazy. I grew up going to Navy Pier and walking down this street. I haven’t even gotten a chance to come here since they revamped everything.

JN: This Pride event is bigger than ever.

TB: I am very excited!

JN: You are running to open for Common in Ravinia right after this.

TB: He was one of my favorite artists growing up.

JN: Had you met him before?

TB: I am good friends with him. He is a great guy.

JN: We need to see you do some acting like him. You are now part of the Urban Outfitters Pride collection. How did that happen?

TB: A hundred percent of the profits went to GLSEN, which is an anti bullying association for the LGBT kids in school. I thought it was really important and I have always loved Urban Outfitters. When I saw the opportunity I wanted to knock out two birds with one stone. We went for it and it was great. I am so glad I was part of it. I like to partner with major companies that are tuning in to help the community.

JN: And you got some free clothes out of it…

TB: Free clothes, and food here. The more nice things you do the more free things you get. I am very happy.

TB: We are going to go back on tour. We will put out that mixtape. I am not slowing down!