Cruz control: Bill Cruz on how the queer comedy scene has evolved

At a queer event, there is a community of shared knowledge that a queer crowd would already know. 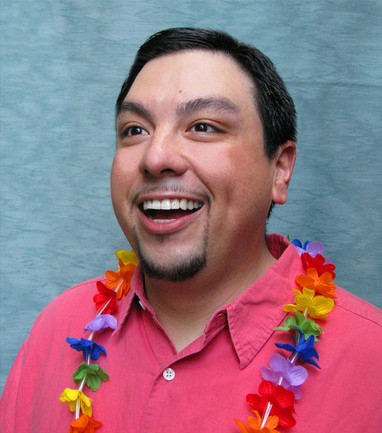 If you know comedy in the Midwest—especially queer comedy—then you'd better know Bill Cruz. "The Gay Mexican," as he's been branded, has been making waves throughout Chicago at some of its biggest rooms for nearly a decade. He's been a huge part of the success of Queer Comedy at Zanies and is back this month on March 25 to feature for James Adomian. Kris McDermott (for ChicagoPride.com and the GoPride Network) sat down to talk with him about how the queer comedy scene has evolved, what it's like to do shows with friends and what he's working on right now.

KM: (Kris McDermott) How'd you get started in stand-up?

BC: (Bill Cruz) As an accident really. I had done theater in Chicago for a couple of years, then took a little break. I tried my hand at spoken word at a couple of Queer Reading/Music nights, and someone there asked if I did stand up. They were looking for an act for the Bears Conference (the gay bears), and were willing to pay. So I started getting ready for that gig… and here I am like a decade later still doing it.

KM: You're one of the best known gay comics in the Midwest. Did you ever consciously say to yourself, "I will/will not talk about my sexuality," or was that more organic?

BC: I've never not talked about it. They always say "write what you know" so it was always a part of my act. I don't think it was that conscience of decision. It was just "this is me… isn't life crazy?!"

KM: What are your thoughts on queer comedy spaces? Pro/con, or more complicated?

BC: More complicated than that. They are very much needed events to get an audience there who may be intimidated by Comedy Clubs, and in this era of specialization, people are looking for events that cater to their preferences. At the same time, they can be limiting in the pigeon holing of a comic.

KM: What's the difference between doing a show specifically for gay audiences and a show for straight audiences, if any?

BC: I think the biggest difference is the "in" jokes. At a queer event, there is a community of shared knowledge that a queer crowd would already know. And I think that allows some additional freedom, at the same time.

KM: Can you talk about your "list of comics I'd like to f&ck" on ComedyofChicago, which is now a local legend? How'd that get started?

BC: It literally started as a joke. Chicago loves to boast about what a supportive comedy community it is. Well, a list was put out online several years ago about the top 15 comics in Chicago, and the result was DRAMA! "Why wasn't I on the list… Why is that person on the list." It was funny to me to see people react in a negative way. So I decided…what if I put out a list that, really, no one should want to be on. So I came up with the top 10 comics I wanted to… well, you know. And to my amazement…. DRAMA! It was hysterical to hear "What, you don't want to f&ck me?" or "You'd rather f&ck him over me?" But I figured, ha, I had my fun. But later that year, people started asking "Whose gonna be on the list next year?" so much so, that I thought hey, what better way to get more publicity for myself than keep putting out the lists!

KM: As one of the most recurring acts for Queer Comedy at Zanies, have the shows changed since you first started doing them over two years ago?

BC: Oh my god, the support over the years has been astounding to me. I really have to give a shout out to Adam Guerino and all the hard work he puts in to ensure a crowd. But also, it's awesome to see new young queer comics doing well! When I started, there were few, and even fewer before I started I'm sure. And now, it's almost no big thing. That's a great feeling.

KM: Word on the street is that you and James Adomian are pals on and off stage, how did this start?

KM: How are shows affected when you're doing them with friends?

BC: I think that's where the supportive nature of the scene is really prevalent. Not only is there the want to see your friends just kill in front of a crowd, but also a friendly one-ups- man-ship, where you say, hey, lets let our hair down and kick some ass.

KM: What are you working on right now?

BC: Right now just trying to keep up with this amazing community. Trying to write. I'm also directing a great sketch show at IO "The Nice to Meet You Show" with an unbelievable stable of cast and writers. And of course the Bill Cruz's Top Ten Chicago Comics I wanted to FÜ©K presents: Sexiest Comic in Chicago Bracket Competition and Pageant! March 24 - April 12.

KM: What does success in comedy look like to you?

BC: To me success would be making my living off of what I do (not that I'm there yet) and being happy. I'm a simple guy when it comes to that. I just enjoy the ride that the universe puts out there for me.

KM: Who do you think is funny?

BC:You know, unlike most of the scene, I'm not a comedy nerd. I don't listen or watch a lot of comedy specials or cd's. I still love a good live performance, and am especially tickled when I hear something I've never heard before. As such, I really don't have favorites, but I am truly inspired seeing others around me getting better and funnier.

KM: It has to be asked: any advice to people just getting started in comedy?

BC: If you're just starting… honestly… quit. This is a hard thing to do, with little reward. If you HAVE to do it, then do it, but it's a long road with a short cord.