I speak my mind. 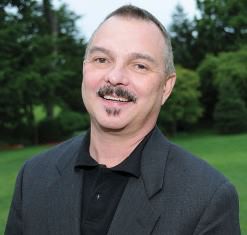 The outspoken activist Rick Garcia is a rebel with a cause

We all went to high school with them – the rebel without a cause. He has a confidence that defies gravity. He secretly inspires others with his against the grain and at times relentlessly forward presentation. He has a slight intrinsic distaste for authority but more so because he duels out orders and talk without any backing in his eyes. However, above all, independent from any sort of self-fulfilling prophecy or possessing a "for the hell of it" kind of approach and attitude, he's a rebel because that is who he is. That is who Rick Garcia is – a rebel, but one with a cause.

With an impressive list of accomplishments that includes working as a part of the "Gang of Four" a group of activists responsible for getting the Chicago ordinance against sexual-orientation discrimination enacted in 1988, lobbying to get the Cook County Human Rights Ordinance enacted, and founding Equality Illinois, the newly appointed head of The Civil Rights Agenda's (TCRA) Equal Marriage Illinois Project is no stranger to causes. Garcia's no-holds barred passion has launched him to high-profile dinners at the White House, feuds with charity heads and major donors, and to his new position with TCRA.

Garcia doesn't kiss ass. He's not a people pleaser. And frankly, if he doesn't care too much for the team, he won't be a team player. He's a rebel who is unapologetic about his cause.

TC: (Terrence Chappell) You have a substantial and long history with community activism. What was it about the field that attracted you?

RG: (Rick Garcia) In college, I had a Liberal, Catholic nun who said that we have to have a very strong and public witness for justice. So, they influenced me an enormous amount, and the older I get the more I realize how much they influenced me. I was working for the United Farm Workers and then I thought well wait a minute I'm gay, why am I not doing this for gay people? And that's how it started. I went to Washington D.C. to work for a Catholics gay rights group. I came to Chicago in 1986 and as they say the rest is history.

TC: You were also a principal founder for Equality Illinois. What inspired you to take that big step from volunteer and activist to founding your own nonprofit?

RG: The people who I worked with and I were successful in passing a city council ordinance banning discrimination against sexual orientation and we were working on one for Cook County. I also helped a few other community organizations on the same issue. And then we all thought wait a second, we're all able to do this kind of work, so let's take it on the road and go to Springfield. And if we're going to do this then we will need a state-wide organization. At that time, there was no other organization really doing that. Slowly but surely we did the political work that needed to be done.

TC: What was the community's initial response to Equality Illinois – at the time a new organization?

RG: At the time there was the Illinois Gay and Lesbian Task Force and then there was a group called Impact, a political action committee, and they always described themselves as a progressive political action committee. At first, I thought they would resist or not be happy with a new group on the block doing legislative work. However, when it was announced that we were forming Equality Illinois, one of the first calls I got was from the Task Force and they were thrilled.

RG: Yes to both. However, not too the same degree that other people experience discrimination. During college, when I was active on my campus, I found out that certain personnel called me "round mouth". And I thought to myself, what the hell does that mean? I realized that they knew I was gay and that was problematic for them. I have also been a victim of hate crimes on three occasions.

TC: Could you expand on any of those occasions when you were the victim of a hate crime?

RG: I was in a Dominicks off of Broadway of 1986 and some guy comes threatening to "beat the f*ck" out of me because I'm a "fag". Even in those days when I was very young, I would not put up with that crap for a minute. I went outside to the payphone, called the police, and they came. When the guy came out, the police refused to arrest him even though he threatened and even pushed me. That really pissed me off. I borrowed a quarter from the cop and she asked, "Whom am I calling"? I just told her, you'll see. I called Kit Duffy, who was mayor Washington's liaison to the gay community. Duffy wanted to speak to the police officer, who was refusing to do anything. The police officer asked who it was. I told her it was the mayor's office, and her eyes got really big. After she got off the phone, the guy was arrested and charged with simple assault and battery. But that got me the thinking. If something like that could happen in the middle of Boystown in Chicago then what is going on in Champagne, Prairie, or other rural others? It was a really telling experience for me.

TC: Some would argue that race relations within the LGBT community are strained. What are your thoughts?

RG: I'm probably going to get a lot of flack for this. Of all communities, the LGBT community is more racially diverse and the racial tensions are less than any place else. We've all grown up and we've all been socialized in a racist environment. There's no doubt about that. I mean, some people go and say "I'm not a racist" and I just go like what planet are you from? Honestly, I find certain prejudices in my own self and my own life. I do hear that people of color don't feel welcomed and there are gay bars that are for the white boys but by and large, we have more interracial couples and less racial tension. And I run into these politically correct people that just want to carry on about the racism in the gay community and I'm just like yarn. This is America, everyone is racist, so get over it.

TC: Have you ever experienced discrimination based on your race?

RG: Many years ago when I was in college and applying for a job, the H.R. person looked at my application then looked at me and says, "Garcia, you don't look Mexican." I also have to be frank about this. I'm one of the Hispanic people that can pass and honestly that does help. However, one summer when I was really tanned and was pulled over by a policeman, he didn't ask for my license, he asked for my papers.

TC: What motivates you?

TC: Currently, you're at the TCRA. How did you get involved with them?

RG: It's interesting because in my heart I'm an activist. I was abruptly fired from my job at Equality Illinois and I speak freely about that. So, when I was fired, that doesn't mean that the work that I do has abruptly stopped. So, I would go to Springfield on my own dime and when I went to Springfield there wasn't really anybody other than TCRA there. So here I am working with this organization (TCRA) and they had repeatedly asked me to be a part of their team, be one of them. I hesitated for a while and I had to figure things out. Then I realized that this was a great group, I work with them well, so just say yes I do and that's what I did.

TC: You mentioned that you were fired from Equality Illinois abruptly. Could you walk us through those moments?

RG: I was told by the CEO that I was not a good fit. I mean I founded the organization and if I'm not a good fit, there's the door. The next morning, I came back and walked right into my office and the CEO told me I could not be here and threatened to call the police. I said, "Honey, 911 is the number." He did call the police. So, I went home.

TC: What do you think was the reasoning behind firing you from Equality Illinois?

RG: I speak my mind. I don't bow down to major funders. I have told major funders, "F*ck you". I was told that Equality Illinois is going in a new direction. Yes, a new direction looking for money, looking for grants, and you can't risk having anybody there that would offend anyone. "We all have to get along." "We all have to be nice." It seemed like we all should just get f*cked and not say a word, and that's not me. That's just not me at all.

TC: Equality Illinois was your brainchild. How did it feel to be dismissed from it?

RG: I was shocked. It took me a while to understand what the hell just happened. One of the things that really made me angry is that I see versions of press releases that I sent out two or three years ago just repackaged and sent out under their name. What else bothers me is that they are nowhere to be found. I founded that organization to be a strong voice of the community. If I weren't fired, I would've just quit. Right now, they are just dialing for dollars and if they say they are doing the real work, I would look them in the face and say you are liars. So, I'm not bitter. I never get bitter. I get even. Living well is the best revenge.

TC: But, now you're at TCRA where you can continue your work and passion.

RG: The first question I asked the people at TCRA was do you know what you're getting into with me? We're going to maximize our support, minimize and undermine our opposition. For instance, I'm heading the Marriage Project and I'm working on all the transgender projects. It's simple politics. What you do is that you go and engage the people. Right now already, I'm going to be in six committees outside of Chicago. The margin of victory for us is in Peoria, Bloomington, and Itasca. I'm going to be spending an enormous amount of time in those cities. I have great contacts there and I've worked with them over the years. Secondly, we will have to have a very strong presence in Springfield. They need to know exactly what we're there for. You have to engage people on a personal level and that's what I've always done.

TC: What do you want your legacy to be?

RG: Wow. That really threw me off because I usually have an answer for everything. What do I want my legacy to be; I served, and I served well.