We were blessed to film free in a legendary space such as Roscoe’s so we made it work. 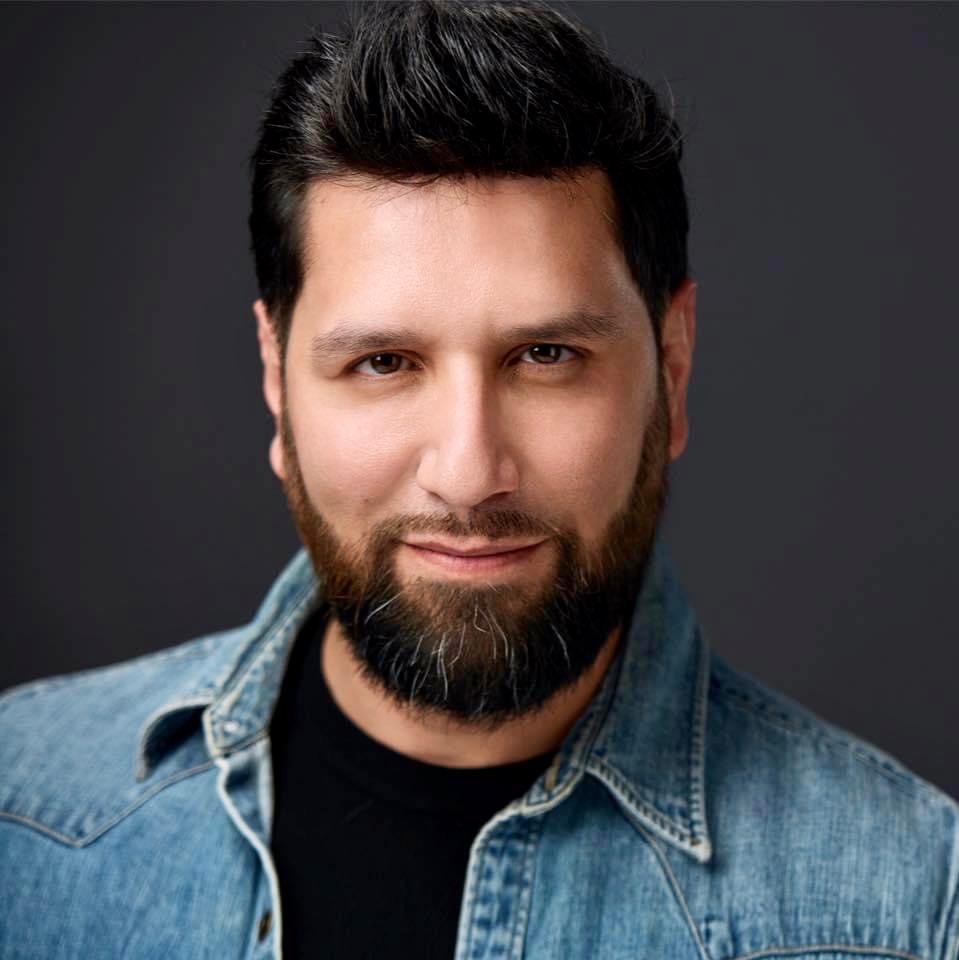 Interview with Tadeo Garcia about his projects

Tadeo Garcia is an openly gay producer, writer and director for several independent films that have been made over the years. Some of them include On the Downlow, A Place to Be and Broken Warning.

En Algún Lugar or A Place to Be is the love story of Abel Rendon and Diego Guerrero who deal with a broken immigration system in modern times.

Garcia met up to talk about his video release of A Place to Be and an upcoming project.

JN: (Jerry Nunn) Start off with your background. Where did you grow up?

TG: (Tadeo Garcia) Steel City in South Chicago, where many Mexican immigrants came to work at the steel mills.

JN: What made you want to explore the film business?

TG: I watched Poltergeist and I knew it was what I wanted to do immediately! I started coming up with scenes and had kids in my neighborhood be actors. I fell in love with the craft.

I studied both traditional and stop-motion animation at Columbia College. I didn’t know how much work it would be to draw and film. Instead of using the tuition money to pay for my last year, I decided to make a feature film called On the Downlow. It went on to various film festivals all over the world.

JN: What led you to make another movie?

TG: After I made On the Downlow I was always asked when I would make another film. A Place to Be came from my parents immigrating to the United States and also my many gay friends who are undocumented.

We wound up shooting some of the scenes at Cinespace Chicago Film Studios. We also shot an award-nominated web series there called Under Covers.

JN: How many times have you watched A Place to Be?

TG: I watched parts of it many times during post-production, but I watched the full thing yesterday to prep for this interview! [laughs]

JN: It is a two-hour movie.

TG: Yes, it is very long and the first cut was even longer. There is an expression “killing your darlings” in the filmmaking world. It is about trimming the fat for something that is unnecessary in the piece.

Sometimes I would love a scene but it had to be cut. It could eventually be put in the making of the movie segment one day.

JN: Did you use actors who are gay in real life for A Place to Be?

TG: Nelson Rodriguez, who played Abel is gay. Andrew Saenz plays Diego and is straight. For me, it is who can pull off the role, not if they are straight or gay in their personal life.

The casting director for the film brought a lot of people to audition. I saw Nelson and Andrew read the sides with the opposite roles. I had them switch roles and they were perfect.

JN: How was filming at Roscoe’s Tavern for A Place to Be?

TG: I was very impressed that they gave us the go-ahead to film there. We had to film the scenes during the day instead of at night. We were blessed to film free in a legendary space such as Roscoe’s so we made it work.

We showcased the good things and the bad things within the LGBTQ+ community.

JN: The racism moment in the bathroom was upsetting.

TG: Yes and I wanted to hold that a bit longer, but my editor thought the point was made without it being lengthier.

I have been a victim of that before so I thought it was really important to depict it on film. It was a blessing and a curse. It opened people’s eyes to see how far we still have to go as a community. We were not accepted into three major festivals because the organizers thought we were portraying the gay community in a negative way. I didn’t understand that because this was just one aspect of it.

JN: The film was screened at Chicago Latino Film Festival and Reeling wasn’t it?

TG: Yes, we had two screenings at Reeling. The California film festivals are the same company so it was not shown there once rejected.

JN: Recent movies such as Fire Island and Bros approach the same subject, that we are not a perfect community and there is work to do. The film festivals rejecting you were trying to hide the fact that there is racism within the community and possibly you were just ahead of your time.

TG: I have heard that before. We were a small production without a big budget. We only had $25,000 to make it. My dad’s town accepted it all.

JN: Where was this filmed in Mexico?

TG: The town of Jalpa in Zacatecas.

JN: How did the cast and crew travel to Mexico?

TG: I flew them down there. That took a big amount of our budget to do. I thought it would be the hardest place to shoot, but it ended up being the easiest. Chicago was much harder to film in when we returned. We had to work around a lot of schedules.

JN: Oh, so when you were in Mexico it was a captive group.

TG: Yes, we were locked into the film when we traveled there. We did have a day off where I could show the crew and cast the town.

JN: I have seen the actress that played Lily in several plays around Chicago.

TG: Yes, Sandra Marquez and Charin Alvarez were both big local actresses. It was a dream come true working with them and also very intimidating at the same time.

JN: What would you like audiences to take away from the film A Place to Be today?

TG: That we exist and are everywhere. We are Latino, Black, white and undocumented. We are just like everybody else. The only difference is that we get the short end of the stick right now. It is not as bad as it was back in the eighties.

I want to bring attention to the fact that the LGBTQ+ community is not perfect. We want equality and acceptance but we don’t do that within our own community.

TG: I wrote a script for a kid’s movie called Greasepaint. It is The Little Rascals meets Weekend at Bernie’s with a little Bozo the Clown. The short that inspired it is on YouTube. I will be a producer and co-writer. It has been in the making for almost 20 years!

A Place to Be is now available at amazon.com