Gryffin flies into Chicago in February

I’ve got nothing but love for the LGBT community. 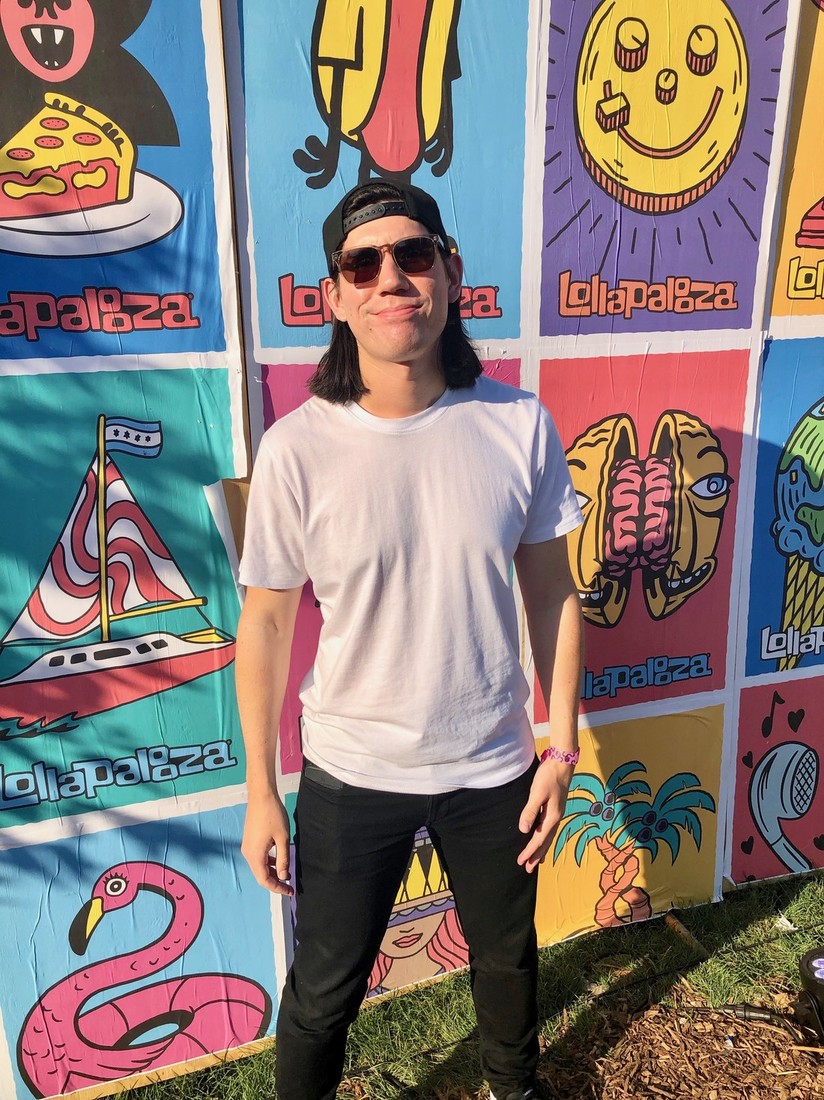 DJ Dan Griffith is known by his stage name Gryffin and is from San Francisco, California. He is known for remixing artists such as Tove Lo for “Talking Body,” Maroon 5’s “Animals” and Years & Years “Desire.”

His debut album Gravity drops on Oct. 24 on Interscope and plans a tour in support of the record to Chicago on Feb. 9 with two performances at Concord Music Hall.

He talked about music while visiting Chicago during Lollapalooza.

JN: (Jerry Nunn) When did you start going by the name Gryffin?

DG: (Dan Griffith) Back in 2015. I honestly didn’t know what to name my project. I was looking up names and Griffith is my actual last name. I started reading about Griffin, who is a mythical creature that is half eagle and half lion. That really intrigued me. I feel like my music is uplifting and soaring.

I started releasing music and it caught on. I had to keep it after that.

JN: You were born in San Fransisco?

DG: Yes, in the Bay Area on the southern part.

DG: Yes. I have some buddies that went to Northwestern. I visited Evanston a lot and the Lincoln Park area. I love the city, especially in the summer!

DG: I grew up playing the piano classically from when I was seven all the way to 17. I picked up the guitar when I was in middle school for jam bands. I went to college for electrical engineering. I did not plan to be in music. When I was frustrated with engineering, I started making beats in the library. I started sending my music out to blogs. It started snowballing from there.

JN: Tell me about working with Carly Rae.

DG: You love Carly? I love Carly, too! It was such a cool experience. The record was basically finished. Ali Tamposi is the writer on it and is fantastic. We thought the track was missing something. I had an epiphany to ask Carly Rae to add her vibe to it. On a hail Mary I DMed her and her team. Through some back channels, I got ahold of her manager. I played them the record. I didn’t think it would happen. They actually loved it.

Carly was in town the next week to cut it. I met with her for the first time in LA. She started adding to the record and within five minutes I was getting chills. That was exactly what the record needed. She’s the sweetest girl ever. I am glad the music is reacting to both of our fanbases.

JN: It must be nice to meet them in person instead of sending music back and forth in emails.

DG: I know. The fact she was in LA and willing to come meet up was surreal. I can’t believe it happened.

JN: And Daya was before that.

DG: Yes. She just texted me right now to wish my good luck. She is now in LA and I see her from time to time. She’s a good person and has had so much success so young. She’s grounded and super hard working.

JN: I interviewed her when she was 17. She’s come out since then.

JN: You have worked with a lot of LGBT artists such as Years and Years.

DG: I have. I feel like I gravitate towards their musicality and what they are trying to say as artists. I remixed Troye Sivan’s “Youth” a few years ago.

I thought about that after I remixed Carly. I have worked with a lot of LGBT artists.  I love what they say and the emotions they have in the music. I’ve got nothing but love for the LGBT community.

JN: Whatever happened to the singer Bipolar Sunshine?

DG: He’s one of my best friends. He’s one of my favorite people to have worked with and the swaggiest guys ever. He will show up in the most ridiculous fashion item and only he can pull it off.

I will see him in LA. He’s writing a lot now and still doing his own thing touring.

JN: I interviewed him and he’s very smart.

DG: I always want to put him on a record. I’m glad you like him. He’s one of my favorite people.

JN: How do you produce visuals for your shows?

DG: The whole Gravity concept was something my team and I thought of for a while. That is what the concept of the album will be as well. We have general ideas of what we want the visuals to be. We go to design houses and tell them our vision. We have now honed in on some design houses that get our vision. We will check in with them once a week in LA. That is how the process goes. It’s been fun working on the visuals for the upcoming shows.

JN: What advice would you give DJs?

DG: Don’t be afraid to put your music out. I never thought anything would happen for me. It only happened because I put my music on SoundCloud and YouTube.

There is so much noise out there and everyone is able to put out music online. So I think it’s important to have a unique sound to stand out from the rest of the pack.

JN: What artists do you look up to?

DG: Calvin Harris is the king of making dance pop hits. He’s a big influence on me. I’m a big fan of Disclosure.

JN: They are big about playing live.

DG: Exactly and why they are a huge inspiration for me.

I would love to work with Lorde in the future.

JN: Where do you see your career going?

DG: I am super excited about the songs on this album. I will be going on a big North American tour. I want to expand my fanbase and do international touring as well.

I want to make music for other artists, not necessarily for Gryffin. That is my favorite thing in this industry is to be in the studio making stuff and creating!