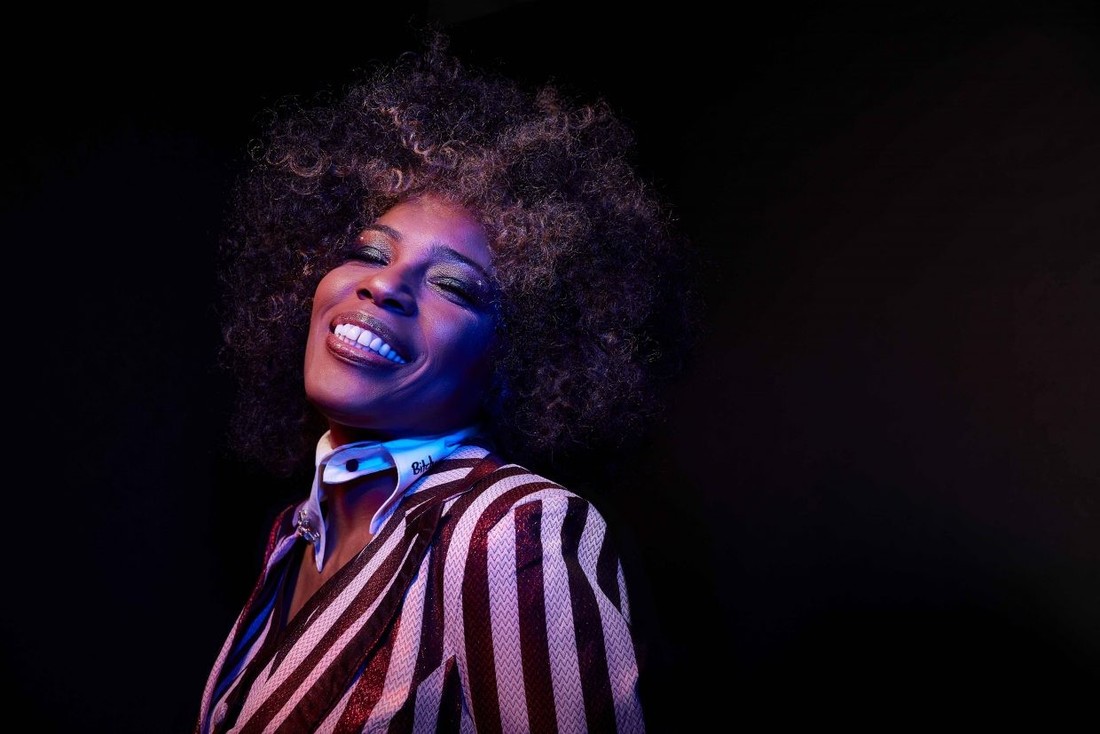 Macy Gray is a one of a kind performer with a distinctive voice that has always made her stand out in the crowd. She has released six albums over the years and received five Grammy nominations, winning one for Best Female Pop Vocal Performance. Her song “I Try” brought her international acclaim and a multi-platinum album On How Life Is.

She appeared on Bravo’s Celebrity Poker Showdown and season nine of Dancing with the Stars.

Gray talked on the phone right before her appearance at Market Days on August 11 at 5:30 p.m. on the Bud Light Stage.

JN: (Jerry Nunn) Hi, Macy. We are so excited for you coming in last minute to support Market Days.

JN: What have your LGBT fans meant to you over the years?

MG: I feel the LGBT community are the bravest people on the planet. It takes a lot of guts to be yourself when people aren’t accepting of your lifestyle or what you do. It’s sometimes hard to be honest in who you are. I am always honored to do shows like these.

I have a lot of gay friends, so I never see them as separate, but I have definitely had a lot of support over my career. I live in LA, so it’s hard for me to separate it. It would be like if you asked “What do white people mean to me?” I don’t know. I see them every day!

I have always been a huge admirer of openly gay people, especially 10 to 20 years ago. Now it’s a little easier, but still it can be tough. I think they are amazing!

JN: Are you going to play your song “Sugar Daddy” from the album Ruby?

JN: Yes! The gay crowd will go crazy when you sing those lyrics…

JN: How do you pick a setlist? I’m sure “I Try” will be in there somewhere.

MG: Yes. We have mixed it up. Of course we do the favorites. We want to do the ones that everybody knows. For festivals we try to keep it up tempo. This tour I don’t have my backup singers so we had to cut a few songs, which I am pretty sad about.

It’s going to be awesome. We are going to have a ball out there!

JN: I bet your song “Sexual Revolution” will play well at Market Days.

MG: Yeah, we are going to do that. We like to play that one live and “Sweet Baby.’

JN: When I saw you perform at City Winery, you were so good and got the audience on their feet dancing.

JN: How was working with Dolly Parton on the re-recording of “Two Doors Down” for the Dumplin’ Soundtrack?

MG: Oh, she’s such a rockstar, just a goddess. Being in the same room with her is cool. She wore six inch heels the whole time. She had on jewels and was fully made up with her bouffant hair. She was Dolly Parton the whole time. It was so cool to just be around her. She was totally comfortable. That’s just her, you know.

She did tell me that she will take off her wig and go to the grocery store. Nobody will know who she is when she does that.

JN: I talked to her about that one time too. I can’t imagine running into her at the Kroger in Tennessee.

MG: [laughs] I know, well she said no one recognized her. I would probably walk right past her and not know it was her.

JN: How was Ariana Grande when you were featured on “Leave Me Lonely?”

MG: She was super cool, but she’s a kid and I’m older now. She could actually be my daughter, so we don’t hang out. She’s a sweet girl and always working. That’s the first thing I noticed about her.

MG: When I get back I’m going to have a barbecue for Labor Day Weekend. We have a few more tours we are doing. For the holidays, I will just be chillin’.

JN: Are you a cook at home?

MG: I’ve been cooking lately. The other day I made the most amazing steak. I could have been a chef. I want to learn to make barbecue. That would be a birthday present to myself. I’m going to have a chef come over and teach me how to properly barbecue.

JN: The secret is in the sauce. You just have to make the right kind.

MG: Well, I don’t even know how to light this grill up!

JN: I’m from Tennessee so they know how to barbecue down there.

JN: Well, I will have to fly out to try some of your barbecue.

MG: All right then.

JN: I’m excited about seeing you at Market Days. I will run up and say hi!

MG: Definitely do that. I will see you there!