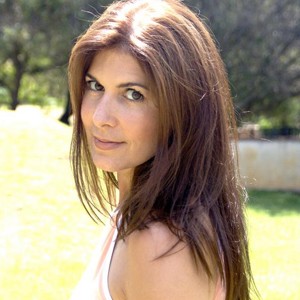 In her hilarious new book, The Last Single Woman in America (Penguin), former Hollywood film executive and 40-something essayist Cindy Guidry hurdles career, family and relationship obstacles like a trained Olympian. Imagine Dorothy Parker in a track suit. With Sedaris-like flair, Guidry discovers among other things why men are the “new women,” and why you should always remain friends with your bikini waxer. Sound familiar?

Guidry may be unlucky in love but not to worry. HBO has optioned to turn the book into a new series so expect to see much more of her—and this book. Prior to her only Chicago promotional appearance, Guidry sat down with the ChicagoPride.com to dish.

PJ: A recent statistic reveals for what may be the first time, 51 percent of American women are living without a husband. Does this statistic surprise you?

CG: Yes and no. The overwhelming majority of my friends here in Los Angeles are married. And I know more single men than women. So that statistic isn’t really in sync with my day-to-day reality, but when I think about the bigger picture, American culture as a whole, I’m not the least surprised.

PJ: What do think are the main reasons why this number is so high?

CG: I think the reasons are numerous and complex, but we can start small: babies. In the past, sex was more likely to result in pregnancy, and pregnancy was expected to result in marriage. The advent of the birth control pill, the legalization of abortion, and relaxed societal views changed all that. Feminism changed things even more. It enabled women to provide for themselves, it gave them a path to financial security that didn’t involve a walk down the aisle. It’s not pretty, and I hate to reduce it to this, but I think a lot of it comes down to money and sex. Sex wasn’t as readily available to men as it is in our post-Sex and The City world, and money wasn’t as readily available to women. Because both men and woman are now far better able to satisfy their practical and biological needs and desires outside marriage, marriage can be put off indefinitely. Additionally, when women moved into the workplace, traditional male turf, they became the competition, something they’d never really been before. I think that whenever a group (in this case, men) rightly or wrongly feels displaced, relations are strained. I think there’s a lot of gender role confusion. Not so long ago, men and women had pretty clearly defined roles. Now it’s up to each individual to figure out who they are, what they want, and perhaps, somewhere amidst all that, to find a willing, like-minded partner with whom to forge a working relationship. Both men and women have more options than ever before, but it’s been shown in studies that an overabundance of choices often causes paralysis. Give people two choices; they pick one. Give people eight choices; they scratch their heads. But I also think that the decline of marriage is symptomatic of an overall lack of community, a breakdown in society. We used to be much more interdependent. And again, when people need each other for day-to-day survival, things like family and community are more highly valued. Now we’re all in competition with each other for money, because simply meeting basic needs is more expensive than ever before, but also because we’ve become insatiable consumers. And we’re fed a stream of advertisements designed to play on our insecurities 24/7. I think American society has become very alienating. Plus, we live in a world of microwaved food and American Idol, a world in which broken no longer means a trip to the repair shop, it means it’s time to upgrade, even if you have to max out your credit card in the process. We live in a world that is both instant and disposable, and those things are in direct conflict with the idea of a lasting relationship. Relationships are hard, and they require a level of commitment that has become unappealing, if not completely foreign, to us. And I could keep going, but I have to stop somewhere.

PJ: How do you think single women over 40 are treated in today’s culture?

CG: I think people just naturally want to understand things so there will always be those who look for the fatal flaw that is preventing you from being in a relationship, tell you you’re too picky, pity you, wonder if you’re in the closet, whatever, and who will treat you as some sort of alien creature. People project their feelings onto others, that’s just life. But at the end of the day, I think we define ourselves. If you feel good about yourself, your life, that comes through. That’s what ultimately determines how people will view/treat you.

PJ: What do you find most mysterious about men?

CG: Their love for The Three Stooges. Other than that, I don’t think men are all that mysterious. They’re just not women. I think if you actually pay attention to people, their actions are usually pretty easy to understand. Of course, it’s a lot easier to see someone clearly when you’re not attracted to them, when your own hopes and expectations are not clouding your vision.

CG: I’ve never seen it. That said, while I do have some very close gay friends, I’ve never felt an especially strong connection to gay men, as a group, which may have something to do with the fact that I hate theatrics, especially musicals. It’s weird, I’ve never really thought about this stuff, and I don’t think of my gay friends as gay. The only occasion that I can even remember in recent history when the subject of sexuality came up was when I asked one of my gay friends to go see KUNG FU PANDA with me, and he said he wanted to see ZOHAN instead. Apparently, he thinks Adam Sandler is hot. I found that very odd. I thought only 18-25 yr. old straight guys liked Adam Sandler. It made me wonder if I hadn’t been giving gay men too much credit all along.

PJ: Do you believe the old adage that men end up marrying their mothers?

CG: I think that people often settle into relationships that confirm their idea of relationships, and their role in them, as defined at a very early age. If that means that women become their mothers and men marry their mothers, I think that’s because mothers have traditionally spent more time with their children and therefore had the greatest influence, which may well be changing. Maybe now men will marry their nannies.

PJ: Your relationship with your mother is quite apparent in your book. What is her opinion of men?

CG: I’m pretty sure my relationship with my mother is infinitely more complex than what can be pieced together from my book. But since I’ve already given my mother enough to process with that book, I’m going to keep this simple: We both like men, the difference being that she prefers those who can dance well, while I prefer a man who is willing to dance like a spaz for my amusement.

PJ: What surprised you most about translating the book into a television script?

CG: I was a development executive, so I was familiar with the process from the other side. That prevented any real surprises. But I will say that, for me, it was a completely different kind of writing. Essay writing has never been anything but a joy. Script writing, and all the notes and opinions that come with it, was work. There were joyful moments during the process, but it felt like work. And that was a totally new feeling.

CG: I can’t. I think people are more than the sum of their parts. I believe in magic and chemistry. And I believe that perfection is born out of imperfection. But I do have a particular fondness for monochromatic men – sandy hair, tan skin, green or brown eyes. I find them very comforting to look at, which is weird since I hate Thanksgiving dinner specifically because it’s all so beige. Maybe somewhere in there lies the answer to why I’m still single.

Cindy Guidry will be reading from and signing copies of her new book: October 29, 2008 7:00 p.m. Near North Branch of the Chicago Public Library (on Division near Wells). The event is co-sponsored by the CPL and the Near North Library Friends Association.