This movie has been a reminder to read the Nancy Drew books. 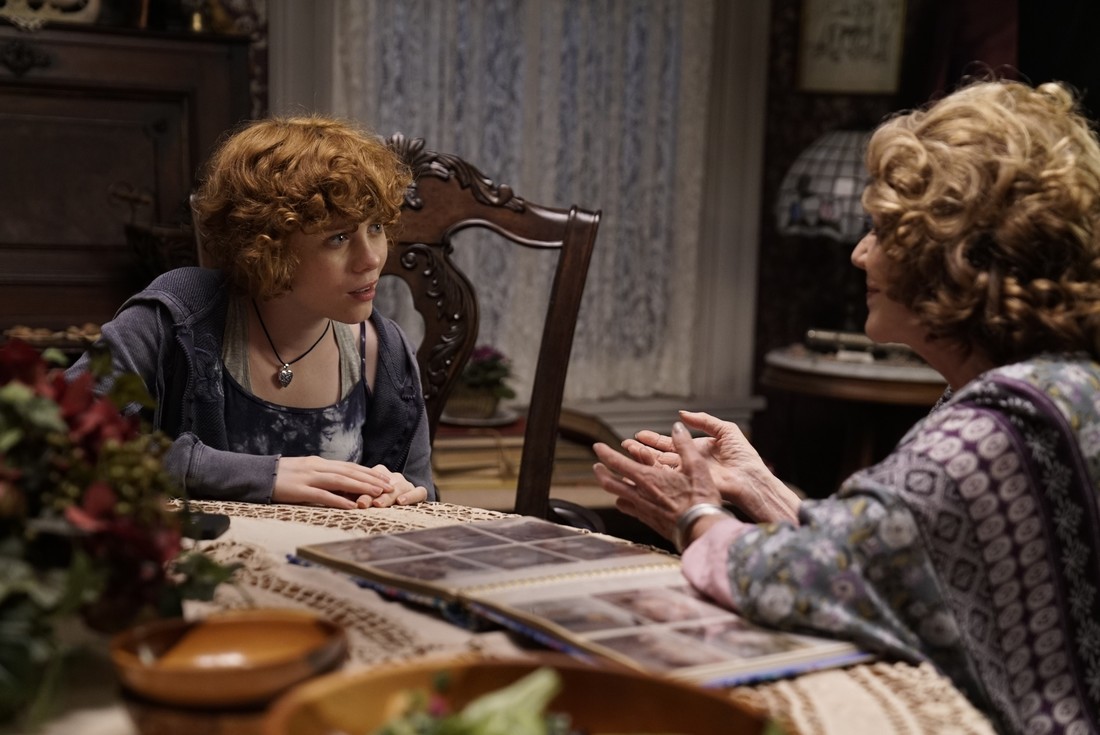 Sophia Lillis is growing into quite an actress. The 17 year old  was originally born in Brooklyn, New York City and started acting at seven years old taking classes at the Lee Strasberg Theatre and Film Institute.

Her breakthrough role came in the 2017 adaptation of Stephen King’s It playing Beverly Marsh. She followed it with the HBO miniseries Sharp Objects and a Sia video called “Santa’s Coming for Us” where she played one of Kristen Bell and Dax Shepard’s children.

JN: (Jerry Nunn) How long have you been acting?

SL: (Sophia Lillis) For quite a long time. Let me do the math, for 10 years now.

JN: Is your twin brother an actor too?

SL: [laughs] No. He tried a few scenes and auditioned, but found he didn’t like it. I think he would be pretty good at it, honestly.

JN: So Nancy Drew is from Chicago in this movie.

JN: Have you been to Chicago yet?

JN: We have to get you to town. Thanks for taking this phone call. How was working with Linda Lavin in the film?

SL: She was so much fun to work with. Her personality is amazing and her acting is incredible. I looked up to her the entire time we were shooting and still look up to her now.

JN: Had you read the Nancy Drew books before?

SL: No, I had not, but I am working on them now. I started getting books as a joke from a few family members. Now I have a whole tower of Nancy Drew books. I have to work on them. I got up to the fourth one. I have the fifth one with me actually.

JN: Why is it time for a new Nancy Drew?

SL: Nancy Drew is such an iconic character and someone to look up to. I look up to her. She’s so independent and head strong. There are books and movies from past generations, but this is a whole new one. This movie has been a reminder to read the Nancy Drew books.

JN: Was it hard to carry the whole movie on your shoulders? Wasn’t it a lot of work?

SL: Oh yes it was. It was a little stressful. There was a lot of responsibility there for little ol’ me. It was fun though. This crew loved Nancy Drew and wished me well.

JN: You have been in some scary scenes so far. What has been the scariest?

SL: In It they really tried to scare us. They wouldn’t show us the clown until the right moment just to give us that scare factor.

One of the most terrifying things happened to me in this set. It was not the content, but having to do my own stunts, which was very new for me. They patched me up quite a bit. They gave me stuff to cover my stomach and my legs. I had to jump on top of couches and avoid things. I’m not very dexterous or athletic. I wish I was, but it’s not me and not in my blood. I was very nervous, but it turned out very well and was fun.

JN: I think that’s what people like about you. Your work is great so far.

SL: Why thank you so much!

JN: How was being in the Sia video?

SL: Oh my god, I totally forgot about that. The Fonze was there wasn’t he?

JN: Yes, Henry Winkler was in it.

SL: He was so incredibly nice.

JN: What can you tell people about the new It: Chapter Two movie?

SL: It is coming out this year in September. It is about the adults and we are the flashbacks. I can’t wait to see how they did it.

JN: You have other projects too?

SL: Gretel and Hansel is coming out.

JN: What are your goals in the future as an actress?

SL: I never really think that far. I stay in the present. If something comes up and it seems fun then I start working on it. I just want to continue acting. It’s something I really love to do.