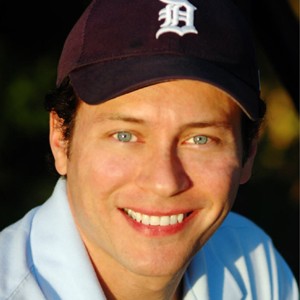 Whether you were the only male flutist in your high school marching band or the boy who held a secret crush on the school’s quarterback, you will appreciate Frank Anthony Polito’s new book Band Fags! (Kensington) In it, author/playwright/actor Polito takes readers back to the totally bitchin’ 80s when Alexis Carrington and MTV ruled television, and the teenage discovery of sexual identity was just as confusing and comical as it is today.

Polito discussed his new work with CP during his recent whirlwind book tour.

PJ: I like how author Brian Sloan referred to your book as a sort of “queer Wonder Years.” There are tons of pop culture references in your book that paint a very vivid picture of 1980s. How did you tackle your research?

FAP: I wish I could say that I spent hours “researching” the ’80s because I’m far too young to remember them, but that would make me a big fat liar! Don’t ask me why, but I’ve always had an elephant memory when it comes to dredging up the past. Seriously, I can tell you the birthdates of my classmates from the 4th grade!

I think because the ’80s were such “formative years” they’ve just somehow stuck. Though when it came to titling each chapter (with a song title), I used the internet to find out which songs were popular in which months of each year because I wanted them to be “current.” I also found myself dragging out the old Viking yearbook a lot!

PJ: It’s funny now, but when I was a teenager in the 80s, I never dreamed I’d see a sitcom like Will & Grace ever air on primetime network television. Did you have a “Grace” to your “Will” in high school?

FAP: Thankfully, I had several Graces back in my day. There were the ones I was “in love with,” and the ones who were in love with me. One particular, Mary Beth (she even has the red-hair!), I met in kindergarten. She was a good head taller than me and she would force me to play House with her during playtime. She called me “Frankie Avalon,” and it drove me crazy! We reconnected in 9th grade after she did a stint at Catholic School and once she realized I wasn’t “boyfriend” material, we became best of friends. At the time, I never told her I’m gay, but once we did have a crush on the same guy and we actually talked about it (in not so many words). After graduation she moved to Minnesota and I haven’t seen her since. But about five years ago we started emailing and have talked on the phone and we plan to see each other at our 20-year (gasp!) class reunion in the fall.

PJ: Band Fags! deals with, among other things, the denial and acceptance of one’s sexual identity. How did you deal with yours during high school?

FAP: While the book isn’t “a memoir,” there is a lot of me in the character of Jack Paterno.

During elementary school, I was very “popular.”

Then for some reason, once I got to junior high and I continued hanging out with girls the way I’d always done, I got labeled the F-word. I never got beat-up or shoved in lockers or physically abused, but the words hurt along with the fact that I knew there were guys who wouldn’t be my friend because of it. After my Best Friend came out to me in high school, I told him I thought I might be “like that,” too.

He took me to my first gay bar, and we had a total blast following the cute guys around our school or at the mall. But for whatever reason, a part of me still wanted to be “normal.” Which in Hazeltucky (Hazel Park, MI) meant “straight.” It wasn’t like I had a reason to fear being gay. My parents aren’t church-going homophobic conservatives who would disown me. I just think I had an idealized version of what high school life should be (too many John Hughes movies!) and I knew that mine didn’t match up so something must be “wrong.”

PJ: I now recall as an adult how certain family members of friends recognized and dealt with my gayness during my adolescence—even before I saw it in myself. Did you experience anything similar?

FAP: I had one friend (another one of my Grace’s, I’ll call her “Betsy”) whose mother insisted she knew I was gay while we were in high school, even though I was totally “in love with” her daughter at the time! In a way, it was cool. I was the only boy allowed to set foot in “Betsy’s” bedroom, and “Betsy’s” mom even let her spend the night at my house once during senior year. But this one time, I went shopping at the mall with “Betsy” to look for matching dresses for the girls in show choir, and her mom remarked, “Is Frank buying a dress, too?” Which I thought that was totally bogue! Mostly because I know I’m a nice guy, and I never expected an “adult” to be so cruel.

PJ: So much has changed for teens today compared to twenty years ago. Now you read stories of more teens feeling comfortable enough to come out at school and even form support and social groups. Do you think this is a good or a bad thing?

FAP: When I learned there is a GLBT-Straight Student Alliance at my former high school, I was floored! The fact that there’s like one “GLBT” student in the group, doesn’t matter, at least there are several “allies.” And I think it’s totally awesome! To be honest, I don’t know how these kids today (do I sound like an old man, or what?) do it. It took me until I was 28 years old to officially come out. I know how cruel kids can be, and I would never have had the courage to be out at school (if I had, I would never have needed to write a book!) But I think the more that we (as human beings) are subjected to other people’s differences, the more accepting we will become. Eventually, everything will seem “normal.”

PJ: What is your fondest memory of high school?

FAP: Most of them you’ll find in Band Fags!, but if I have to choose, I’ll say it was my senior year (which in reality was much different than Jack Paterno’s.) In addition to being a Band Fag, I was also a Drama Queer, which is the tentative title of my second novel (how’s that for a plug?) Like Brad Dayton in Band Fags!, I decided that I wanted to be an actor “when I grew up,” and the fact that I was finally going to be in a play was a totally big deal. For the five years prior, there hadn’t been a Drama Club at Hazel Park High, so everyone in school seemed excited about the production (a totally unknown play called The Skeleton Walks by Felicia Metcalfe, in which I played the lead, a “mad scientist” called Dr. Fersig.) I remember a couple of the Popular Guys even complimented me on what a good job I’d done after they came to see the show. I think once we all realized our days together as “a class” were numbered, people started treating each other differently and the cliques began breaking down. I also went to my first Popular Party that spring, and afterwards went “driving around” with the Dippin’ Dudes.

When I later came home drunk, my dad had no idea!