The theme of the book is about finding the inner strength to be who you are and allowing children to play freely without judgment. 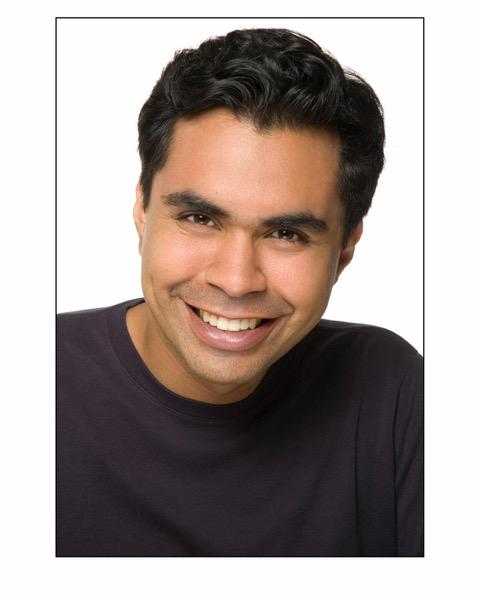 Released this past January, Pepito Has a Doll / Pepito Tiene una Muneca tells the story of a young boy and his doll Lola. This new children’s book covers Pepito navigating his life among people that sometimes don’t understand his love for a doll.

Openly gay author Jesus Canchola Sanchez has written since the early age of seven for his Chicago elementary school newspaper, but this is first children’s book.

His film debut as a writer and director for Bittersweet Waters had him traveling to screenings around the world.

He talked about his projects over coffee recently in Chicago.

JN: (Jerry Nunn) Did you grow up in Chicago?

JCS: (Jesus Canchola Sanchez) I did. I was born and raised here on the North Side of Chicago. My family is Mexican, so I went to Mexico quite a bit over the years, which is why the book is bilingual. I grew up speaking both languages at home. I thought it was important to represent that in this children’s story because there are so many families that are multilingual.

I was a Midwest kid. I just returned from New York City, after living there for about 15 years. I have been back for three years and I am rediscovering the city as an adult, which is fun!

JCS: Yes, I went to Lane Tech. Even in college, I returned here to visit family. Chicago is my home.

JN: What part of Mexico is your family originally from?

JCS: Both my parent’s families are from Guanajuato.

JN: What made you want to write Pepito Has a Doll?

JCS: I have been working in different mediums. I started writing plays in New York City and I did television production for some time. In 2018, I made my first feature length film called Bittersweet Waters. During that time, I wanted to share the fact that I grew up playing with dolls.

I didn’t know what the format would be at that moment. My film premiered in Mexico City, but after I had time to explore what that story would be. I wanted to tell the story to kids. I found an illustrator and we started workshopping it. We decided ultimately to self publish.

JN: How much of Pepito Has a Doll is autobiographical for you?

JCS: The seed of it is autobiographical in the fact that I grew up playing with dolls. Pepito ended up in his own kind of space.

JN: Why is the doll named Lola in the book?

JCS: That was the name of the doll I had. I had many dolls, but she was my favorite. The reason I had so many dolls is because family members would take the dolls away from me because they didn’t feel it was right for a boy to play with dolls. My grandmother always got me new ones.

JN: I remember it was okay for boys to play with action figures but not dolls.

JCS: Yes, that was the gender norm for boys to play sports and just hang out with other boys, but I didn’t. I spent a lot of time alone or with my grandmother. I had to entertain myself. The dolls were my friends and I would make up stories with them.

JN: I played with dolls too! Why did you want to make this book in Spanish and English?

JCS: I wanted to reflect my own experience growing up being multilingual. I think it benefits all children to experience different languages.

I also wanted to make it accessible to Latin America. In the last 10 years, there is more diversity in the United States, but in Mexico, where my family is from, there aren’t as many options.

JN: I noticed there were Spanish words in the English sections, so I thought maybe it was about teaching the language with the book.

JCS: That was more of a nod to Spanglish, but there was an educational component to it. That was very new to me when writing a children’s book. Connecting a repeating word to an image helped the readers understand it, even when they might not know the language.

JN: When did you come out of the closet?

JCS: I came out to myself as soon as I left home for college at age 18. After school, I was living in New York and working GLAAD, Gay and Lesbian Alliance Against Defamation. I was a professional gay and had to tell my family! [laughs]

It was National Coming Out Day in October and I came back to Chicago. I was on Univision Radio and talking about GLAAD. I knew my family would be listening. I had conversations with my mom, aunt and grandmother beforehand, then the rest of the family found out because of the radio show.

I got lots of support after and it was more about the pressure I put on myself. It was a wonderful relief.

JN: Has your family read Pepito Has a Doll yet?

JCS: Yes. When my movie premiered here at Reeling Film Festival my whole family came to see it. There were intimate scenes with me onscreen, so I was nervous, but my family loved it!

It was an interesting way to discuss my sexuality that is a part of me. This was a way of me saying, “I’m gay, I’m sexual and human!”

With Pepito, it has been great to have them embrace another kind of my storytelling. They are really supportive and amazing.

JN: What is the age range for Pepito Has a Doll?

JCS: It is for early readers, from around six years old to age nine.

JN: What is your current favorite Spanish word?

JCS: Chile, a hot pepper, is the first that comes to mind. [laughs]

JN: Who is your favorite Latin icon, maybe one with a gay fanbase?

JCS: I am love with Frida Kahlo. She was an inspiration for me since I was very young. I don’t know how she identified. She was married to a man, but did have relationships with women. I consider her a queer icon. Her work speaks for itself. I can only hope to achieve some part of her legacy.

JN: What would you like readers to take away from Pepito Has a Doll?

JCS: The theme of the book is about finding the inner strength to be who you are and allowing children to play freely without judgment. I hope children can have that conversation with each other and with adults after reading the story.

JN: What is your next project?

JCS: I just finished a film script. I hope to shoot it next year in Chicago. It is called Uptown Loving. It is another relationship story after making Bittersweet Waters, which was two men loving each other in secret. This one will be in English about a Latin man and African American man who are a couple deciding if they want to be parents together while living in Chicago.

Visit PepitoHasaDoll.com or booksellers such as Amazon or Barnes & Noble to purchase a copy today.