lovelytheband brings "Broken" to the masses

You love who you love. 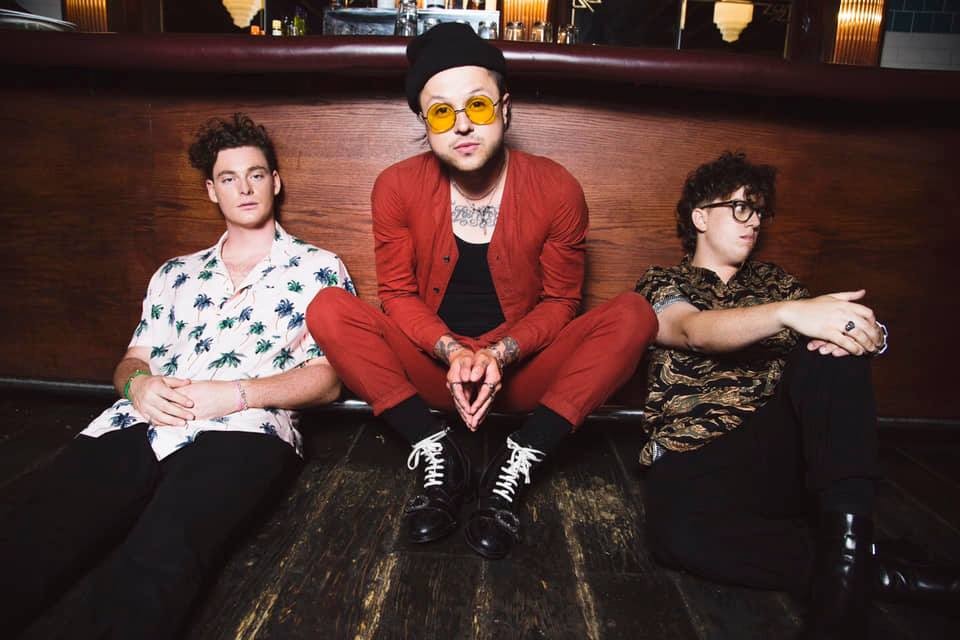 lovelytheband brings "Broken" to the masses

Forming in 2016 in Los Angeles, lovelytheband has quickly come a long way. The group is comprised of Singer Mitchy Collins, Jordan Greenwald on guitars and drummer Sam Price.

Their single “Broken” landed them on the charts and the follow up song “These Are My Friends”  continues them on that journey.

Their debut album Finding It Hard to Smile and Broken Like Me Tour brought them to Chicago where they talked backstage about the band.

JN: (Jerry Nunn) Where is everyone from?

JN: Did you all meet in LA?

JN: How long have you been a band?

JN: What a quick ride. How was the experience of Lollapalooza?

SP: Lollapalooza was awesome and we love coming in town here. It was our first show in Chicago.

JG: This is our first proper band show as a headliner.

JN: You have people camped outside right now. Where did the name of the band come from?

MC: Sometimes we make up a ridiculous story, but we just thought “lovely” was a cool word. We looked on Instagram and it was taken in a bunch of ways so we added “the band” at the end. It was open on all social media platforms. That is why it is all lower case and one word too.

JN: Is there a period in it?

MC: No. The original typing was lovely.the.band, but we thought that was annoying.

JN: Why call the album Finding It Hard to Smile?

MC: It is the motif for the whole thing. People can read that and understand what the album is about.

JN: How has the single “Broken” changed your life?

MC: In every sense of the phrase.

JG: Every sense of the word “change!”

MC: We went from being broke in LA to signing a record deal. I had spent my last five bucks on lunch at Burger King.

We put the song out in 2017 and the single came out in June. It went to number one and it’s been a rollercoaster ever since.

We couldn’t get on a tour to save our lives 10 months ago. We are lucky enough now to be brought on our first tour with a band called The Wrecks. We played in small clubs for a couple hundred kids a night to fast forward now on this  with a whole tour sold out. We sold 1,200 tickets last night.

JG: Just to hear it anywhere is a little crazy.

MC: When we were last in Chicago for Lollapalooza we were at Giordano’s eating some deep dish. I went to the bathroom and the song came on.

JN: Do you feel pressure to have another big single like that?

SP: We try not to focus on it, but it is definitely there.

MC: There is always pressure…

JN: Is “Broken” a signature song for the band?

MC: Yes. It is a good entry point into our world.

JG: When people ask what our band sounds like that is a good song for us.

JN: The song “These Are My Friends” is about showing a feminine and masculine side?

MC: It is two sides to the coin. It is all the things going on inside my head and trying to embrace them. The second verse touches on self medicating. The chorus says how much I love my friends. It is embracing the good and bad parts of yourself. You have to keep the good people in your life close.

JN: I saw men and women in the video.

SP: That is more about the yin and yang.

JN: Is there any LGBT angle to the band?

MC: I have a lot of LGBT friends.

JG: One of my best friends in the world is gay and close to my family. You love who you love.

JN: What do you want to tell people about the band?

MC: We try to be as honest as possible and open. We hope our music can help people or they can relate in a way they need it to just like it did for us.

JN: You are opening for 5 Seconds of Summer. How is that going to be different?

JG: It is different in every regard. We are going to be playing a shorter time and it’s not to our fans. We have to put together a set that shows who lovelytheband is.

MC: Last time we supported someone we didn’t have this album out yet so now there is a whole lot more songs to choose from.

JN: Very different songs with a Magic Mike moment. I can get some strippers in here if you like!

MC: We go back out playing live for a holiday run then we are done.

JG: We get two weeks off then start again for festival season in 2019.

SP: That two weeks will be nice…

MC: We are not going to talk to each other the entire time!

MC: Then hopefully we can work on a second record. It never stops!