I have wanted to climb Mount Everest. 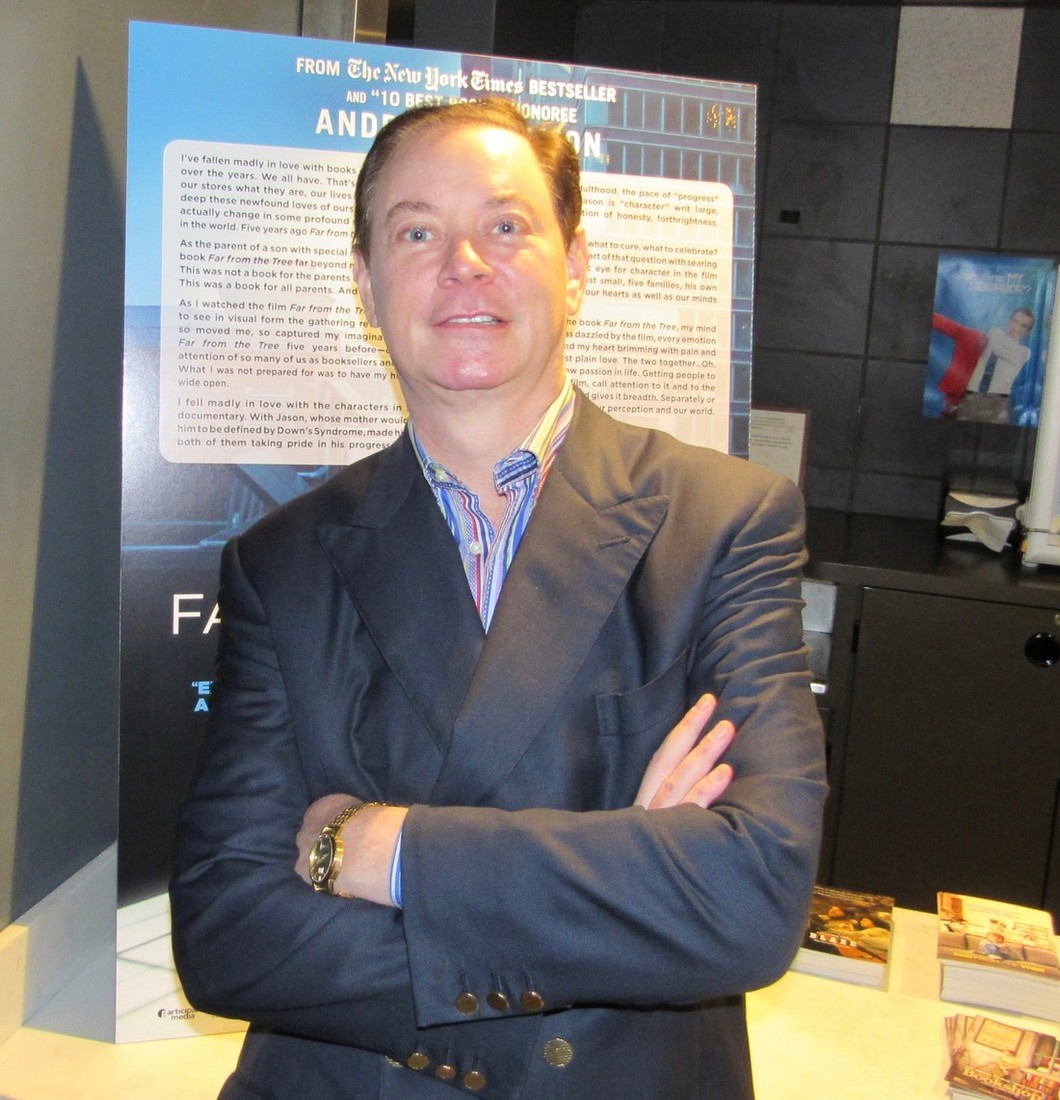 Writer Andrew Solomon covers families, culture and psychology in a new movie based on his book Far From the Tree: Parents, Children, and the Search for Identity.

His book The Noonday Demon: An Atlas of Depression won the 2001 National Book Award and was a finalist for a Pulitzer Prize.

At a recent screening for the new documentary he stars in Far From the Tree he sat down to talk in the lobby about his work.

JN: (Jerry Nunn) How is your movie being received currently?

AS: (Andrew Solomon) There is has been incredibly nice and generous press, which has been deeply thrilling. It has been a slow start with festivals. There is still a distaste for a movie about disabilities. It is not a mainstream interest.

For the people that sit in a theater and see it, they know it is about the nature of family and love. Anyway, it has gotten gratifying press and lot of press that get what we were striving for.

I think the film plays differently now than it did when we were first submitting it a year ago because we are living in such changed times. When we first submitted it that was during the last of the Obama years. It sent a message of compassion and tolerance. Now it seems radical.

It is the idea that everyone should be excepted for who they are, that exclusion hurts those that are excluding as much as those that were excluded.

I think people that see it are responding to it. In Q&As it is coming up over and over.

JN: There are also more advances in the development of the children?

JN: You want to do a follow up to it eventually?

AS: Yes, eventually. I am writing a book now that is the flip side of the book that was made into this film. It is about expanding ideas of the family, about gay, adopted and foster families. It is about all the ways people make a family.

That will be part two. I would love to do another film.

JN: When do you find time to do all of this?

AS: Thank you for asking. I feel like I never time to do any of it. I am behind on everything!

JN: You have a busy family life so it must be tough.

AS: It is. I came up with the idea for the book five years ago and I have written about five percent of it. I need 95 years to write the other part of it. It is a long and steady process.

JN: You are coming back to Chicago?

AS: Yes. They are booking me and I am coming back. I will be talking about the film, the book and social justice. I have been talking so much about the film that it will be nice to talk about the issues in the book.

JN: How is family life and the husband?

AS: The husband is great.

JN: I saw some photos that were cute.

AS: I will tell him you said so. He will be pleased. He is terrific and the kids are lovely.

JN: I just started a podcast. Have you thought about doing that?

AS: I am just finishing an audio series that I have been working on the last two years.

JN: What are the challenges of that?

AS: The challenges are figuring out how to weave voices together. It is very different than writing down what they say and filling it in. They have to be heard very clearly. There has been a learning curve from me.

In order for things to flow smoothly I have ask questions that will make me disappear. Usually I much more engaged in the conversation.

JN: Is there one thing you have wanted to do but haven’t?

AS: I have wanted to climb Mount Everest. Seriously though, I have been telling my children stories since they were little. I would like to write them down and publish them. It is about about a brother and sister, one is a girl and one is a seal. They live in the woods. It is the deconstructed family once again.