Sara Davis Buechner Is More Than a Letter

Now if we can just get that orange rug out of the White House everything will be just fine! 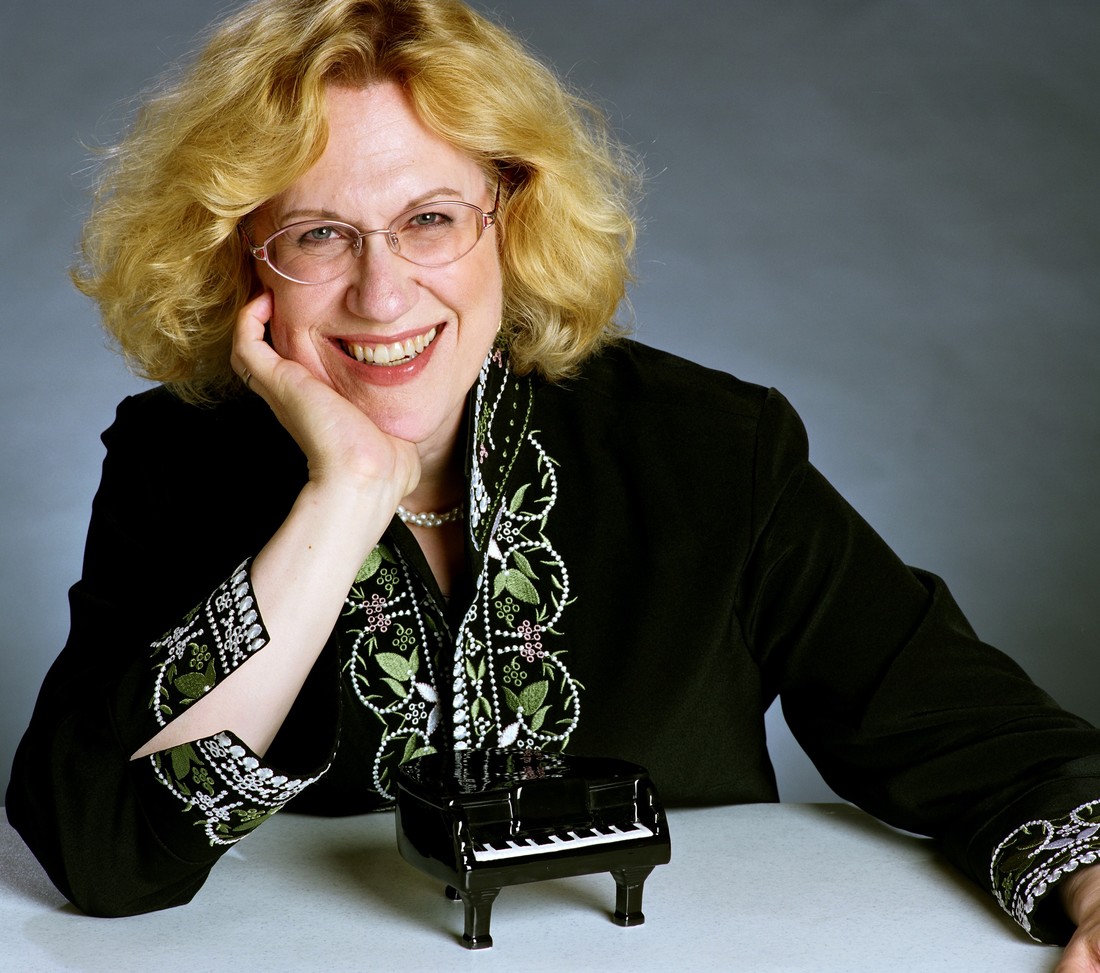 JN: (Jerry Nunn) Hi, Sara. Where are you from originally?

SDB: (Sara Davis Buechner) I was born in Baltimore, but live most of my adult life in New York City. I have just returned to the United States after living in Vancouver for 13 years. I am a concert pianist and was teaching at the University of British Columbia. I now teach in Philadelphia. That brought me back to the US just in time for Mr. Trump!

JN: When did you first start playing piano?

SDB: I was about three years old. It was with a local piano teacher who was teaching all the little kids. My mother was very eager that my older brother and I had some cultural experience and education.

I had a lot of aptitude for it so I progressed very quickly. By the time I was a teenager I was entering some piano competitions. I skipped a year of high school to go to Juilliard at the age of 17.

JN: Are you good at math?

JN: I thought that went hand in hand.

SDB: Sometimes you read that sort of stuff. I am living proof that it is total nonsense.

JN: Talk about your journey as a trans person for our readers.

SDB: I think most trans folk know they are trans from a very early age. I certainly did. In 1960 that was very verboten. That wasn’t talked about back then. Parents of today can see a lot of signs that my parents did not pick up on. Our world is much less gender specific these days.

That was something I repressed in myself for a very long time. Being in New York at college I did my share of experimenting. In my mid thirties I made the decision to transition. It was very difficult. I was a fairly well known pianist and was teaching at a Manhattan school. I knew there would be a heavy price to pay for that. It was heavier than I thought it would be. I was basically unemployable for a number of years, which is the main reason I moved to Canada. I couldn’t get concert bookings or a decent teaching job in the United States. This was back in 1998.

While missing Barack Obama I watched things evolve a bit. I think the Canadians have been ahead of us for a long time in regard to social justice issues. I had a fine teaching job there and did a lot of playing concerts during those years. I am pretty well known up in Canada now, so that has been a plus. Now gay marriage has evolved and trans people are very much in the press. We are not hiding in closets anymore.

SDB: Now if we can just get that orange rug out of the White House everything will be just fine!

JN: Have you played with Sinfonietta before?

SDB: I have not, this is my first time. I have worked with guest conductor Michael Morgan a lot. We have played several concerts in California. He has had his own difficult journey as a Black, gay man becoming a conductor in the United States. He’s a great protege of Leonard Bernstein as a young man. Because we have a commonality of struggles and strife I think that resonates with him. I don’t think we have ever talked about that.

It feels good to make music with him. He’s a very dynamic conductor and a fun guy. He asked me to do this concert with him and I jumped at it. I think it’s a great idea for a concert with a lot of great music on it. I think it will be a wonderful event!

JN: Are you a West Side Story fan?

SDB: I lived West Side Story, both parts in fact! Bernstein is one of those great geniuses. He’s a man of incredible talent.

JN: I saw there is a Matthew Shepard section.

SDB: That is the sort of thing that should never be forgotten. We have to have our icons. Some of them are heroic and some are tragic. We have to keep that front and center, and not let people forget.

JN: How do you warm up for a concert?

SDB: Hopefully there is a piano backstage where I can noodle around for a bit before the performance. I hate to go out cold. It is as much a physical experience as a mental experience. I have to be in a certain mindset and my body has to be loose. There are plenty of times that I am traveling and there is not that kind of luxury. I have to cope with the reality of walking onstage cold with a piano I have never tried. I just sit down and do my job.

JN: They used to pop their knuckles before playing. Do you do that?

SDB: No. I think that is only in the movies!