Spilling the Tea on Ruth B 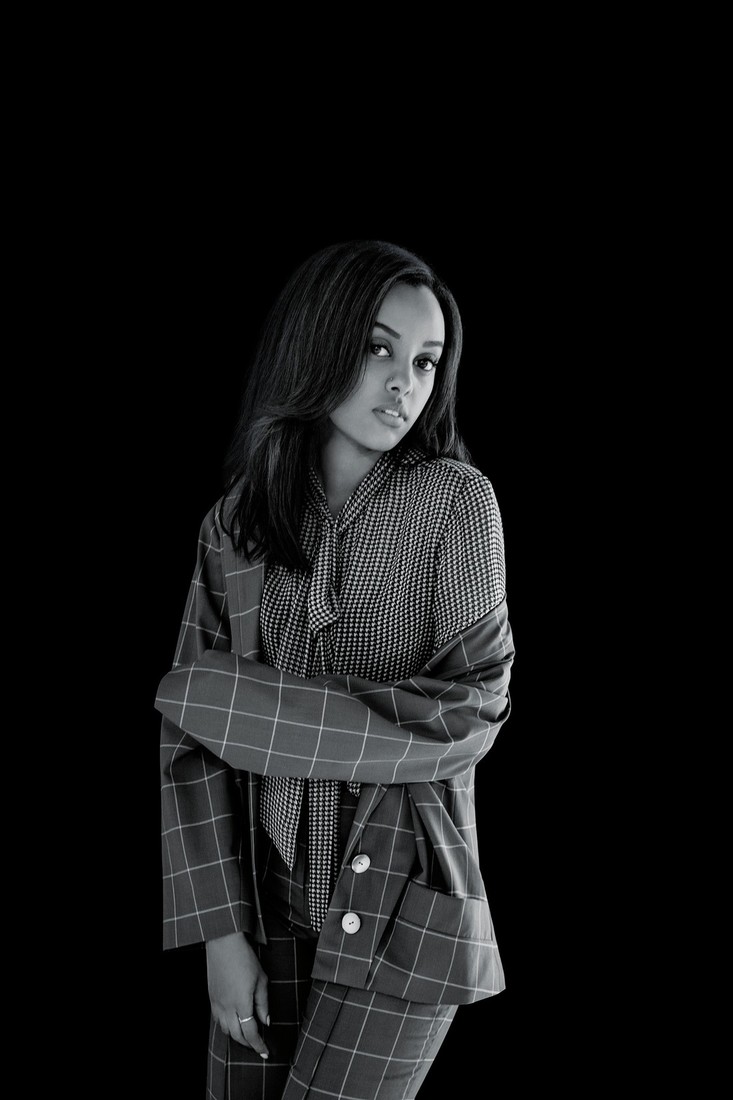 Get to know the singer Ruth B in a backstage interview

Ruth B climbed the Vine into notoriety. Singer Ruth Berhe was born in Edmonton, Alberta. She rose to fame after posting some videos on Vine of popular songs. Her song “Lost Boy” was inspired by the TV series Once Upon a Time. Her EP The Intro was released a year ago with the track included.

Her debut is set to be released in 2017 produced by Lorde producer Joel Little. Berhe sat down while opening for singer Alessia Cara on her tour backstage to discuss her music.

JN: (Jerry Nunn) Tell our readers about yourself.

RB: (Ruth B) I am from Edmonton, Alberta, which is in Canada for those that don’t know. I have been singing for as long as I can remember. I started doing it professionally about a year and a half ago. I was discovered through an app called Vine. That is the condensed version.

RB: No, I still live in Edmonton. I am barely ever there but it is still home.

RB: Yes. There was never a plan when I started on the app to get my name out there. I dowloaded it like anyone else to see what was up. At first it was just watching videos then I started posting six second videos of me singing. I didn’t think anything of it but slowly people would find out about me and start sharing my videos. I stuck to that. It was more for fun and as a hobby. It didn’t take a lot of effort but was all good.

JN: Then it just took off? Next thing you know you are traveling around the world…

JN: The success of “Lost Boy” must feel incredible.

RB: I was just saying that today. I was watching a young girl covering the song on YouTube and was just saying how mind blowing it is that people are now singing my song. To think it has done what its done is crazy.

JN: You did a cover of “Life on Mars.” Are you a big David Bowie fan?

RB: I love David Bowie. I love old rock music like The Beatles.

JN: You put out your EP The Intro to introduce yourself?

RB: Yes. The Intro I wrote and produced myself. I really only had four songs at the time. I thought it was a good idea to let people see more of Ruth B. I put it out almost a year ago now.

JN: When does your full length drop?

RB: Early 2017. My producer is named Joe Little. He is from New Zealand. He is awesome. I have been working with his since April. We just finished recording it. I am really excited for people to hear it.

JN: So he knows Lorde from New Zealand?

RB: Yes. He did Lorde’s first record. I was asked who were my top producers, I knew that was who I needed. The fact he took a new artist and did that with her was exactly what I wanted to do. I wanted someone who would enhance me not change me. Joe has done an awesome job with that.

JN: I loved Lorde’s album Pure Heroin because it was a complete record and not just singles.

RB: Exactly and that is what I wanted. It is an album and a work of art, not just a bunch of scattered songs. It is a story.

It is not fabricated. It is my unfiltered thoughts. I am giving it to them.

JN: Ruth is keeping it real. How is it touring with Alessia Cara?

JN: Is it hard connecting an emotional song like “Lost Boy” to the audience live?

RB: I think it does what it does on its own. All I did was write it and put it out. People turned it into what it is. It is my favorite in terms of connecting it with the audience because everyone knows the words. We sing it together and it is a beautiful moment.

JN: What is like going back to your hometown?

RB: It is really fun. I haven’t been in a while but anytime I am there it feels normal to me. I went to the doctor for a checkup last time I was there and thought no one would notice me. I got noticed. It was moms without their kids so that was crazy.

Home is home. Anytime I am with family and friends I am happy.

JN: I love being in Canada because it is so gay friendly.

JN: Let’s play a game called Spill the Tea on Ruth B. What is your favorite TV show?

RB: Once Upon a Time because it changed my life.

RB: I am not sure. I haven’t been to many bars at all. I heard Toronto has some great ones.

RB: Ethiopia. My parents are originally from there so it is always a good time.

RB: The Exorcism of Emily Rose. It is very scary and I only watched the first five seconds then I chickened out.

RB: I love them both but Lady Gaga is from my generation.

JN: Where do you see yourself going as an artist in the future?

RB: I see myself remaining as honest and as pure to me as possible. There is so much stuff going on around me but I hope to stay very centered and grounded. I want to stay Ruth!