It is just Drowners, one word, two syllables. 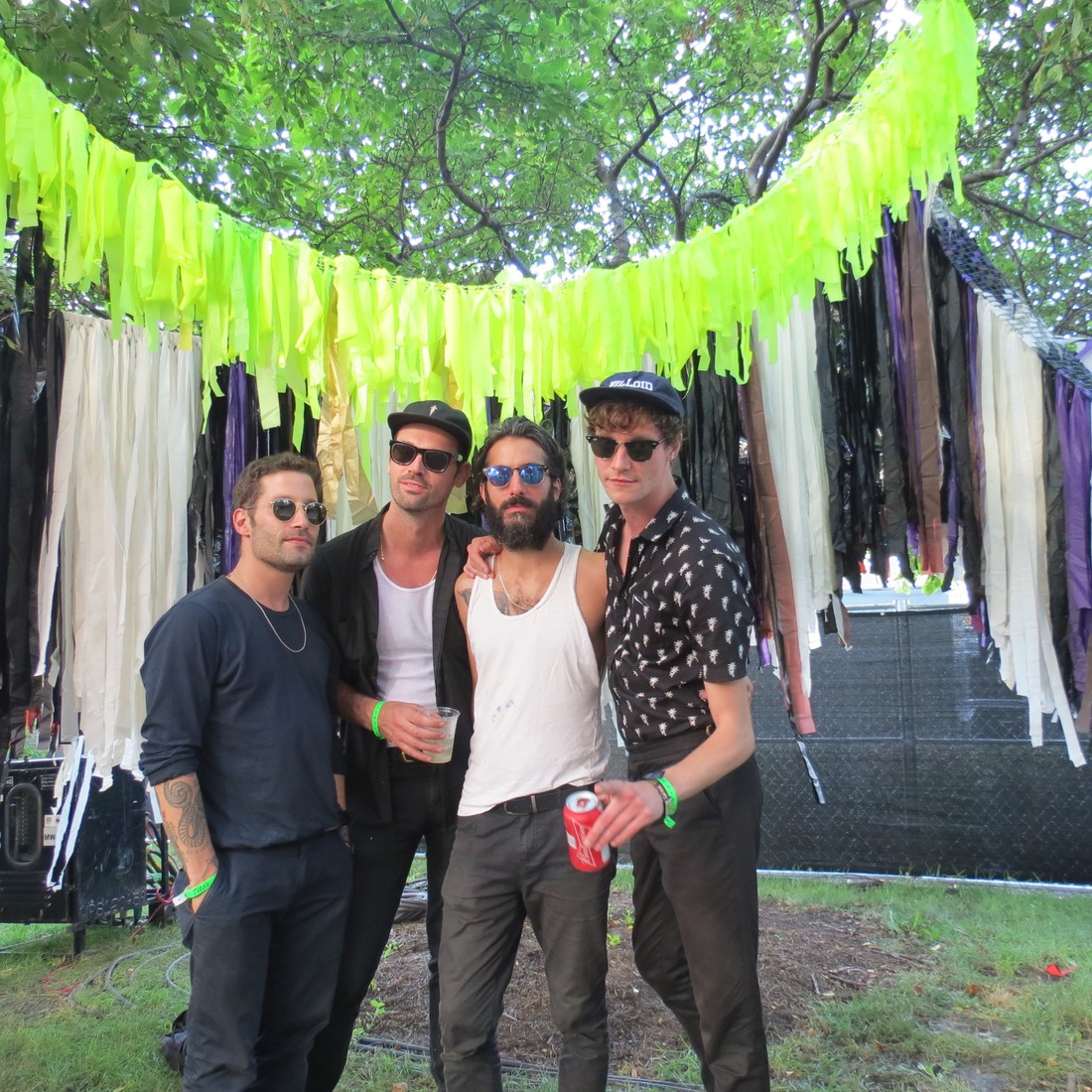 Their second album On Desire was released this year, leading them to worldwide tours and Lollapalooza in Chicago.

Catch the wave as we learn a little more about Drowners.

JN: (Jerry Nunn) So is the band’s name Drowners or The Drowners?

JN: The band is Welsh?

MH: I’m Welsh but I moved to New York and met these guys who live there. We all live in New York.

JN: Have you been to Chicago often?

MH: We have. We played here half a dozen times. We played Lollapalooza three years ago. This is our second time playing it.

JN: You have a bigger stage this time?

MH: It is a more enthusiastic audience. I think we were the first band on the first day last time we played here.

JN: How long has the band been together?

MH: We formed in 2012. It has just been over three years. I can’t do math so maybe four years.

JN: Have you been touring constantly?

MH: Yes. We toured a bunch in America. We have been to Europe, and Brazil. We have bopped around.

JN: Where did the name of the group come from?

MH: Is there any other way?

JN: I saw skateboarders in a music video.

JN: What do you think of electronic skateboards?

JN: You are on your second album, talk about that.

MH: It is called On Desire and it is better than our first one. You should absolutely buy it.

JR: People should listen to it and come watch us play.