Playing With The Fray

That is what is wild about this tour. We are seeing the spectrum of the fans. 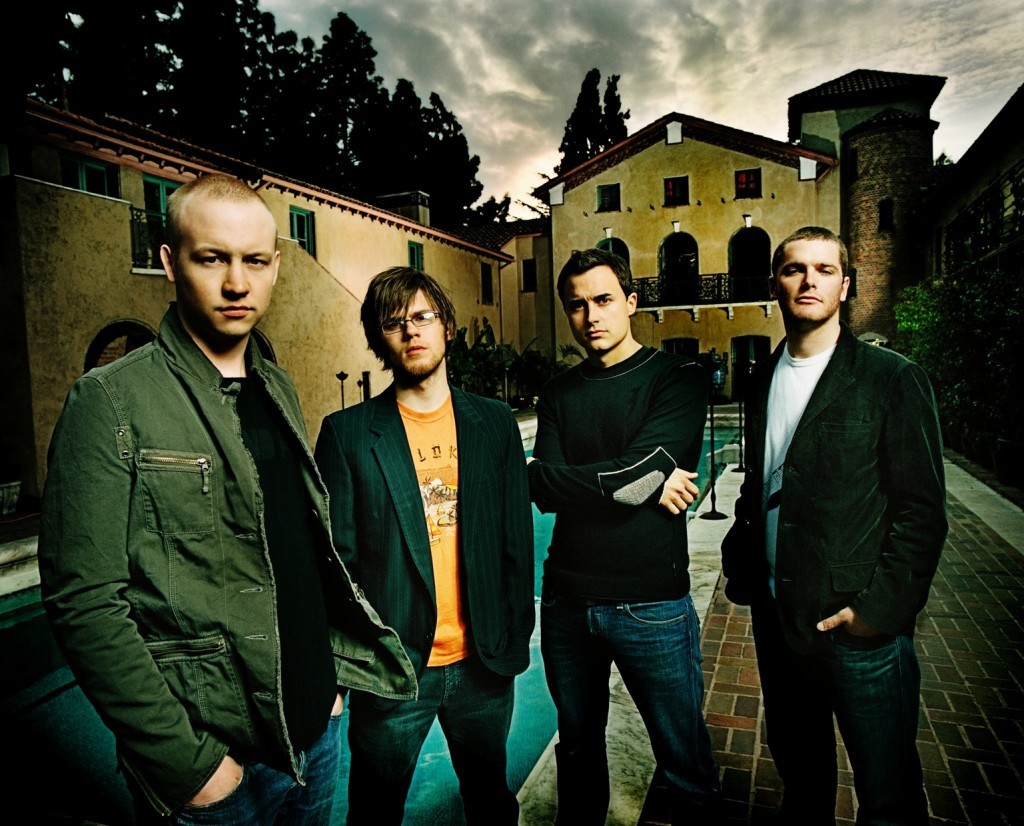 The Fray blasted onto the radio with a rock sound with heart. School buddies Isaac Slade and Joe King formed the band back in 2002. While “Over My Head (Cable Car)” hit the top ten it was “How to Save a Life” that really hit home with listeners all over the world.

The Fray’s second self titled album was nominated for a Grammy and went gold.

Now with the fifth album Through the Years: The Best of the Fray the group heads out on the road.

Guitarist, backing vocalist, and songwriter Joe King called on the phone to talk about the current tour.

JN: (Jerry Nunn) Hi, Joe. Are you out on the road right now?

JN: You are not too far from Chicago.

JK: Yeah, we are in lovely Wisconsin.

JN: That is a big college town.

JK: Totally. We are playing the Orpheum Theater here. It is right on the main street, next to the college. It is pretty great.

JN: You must have tons of college fans.

JK: That is what is wild about this tour. We are seeing the spectrum of the fans. Last night we did a meet and greet. There were a bunch of 14 year old girls that came. We looked out over the  audience to see more of that, then college, and fans that are our age, now married, getting married, or having kids. It is a trip to see the spread of people.

JN: You have gay fans too. I’m one of your gay fans.

JN: I met you years ago at The Riviera. You came out after the show and said hi to everyone.

JN: Who knew we would talk years later?

JK: That’s a trip. Were you working the show or just coming out to see it?

JN: Both. People really need to see the band live to get the full effect. Fans won’t get the whole picture if they only listen to the albums.

JK: That is one of my favorite compliments when a fan will say that our live show is even better than the record. That’s huge. Thanks for saying that.

JN: I remember at that concert Isaac was running around the top balcony into the crowd.

JK: We need to tame him down a little bit sometimes.

JN: For a piano player he really likes to run around.

JK: He really does. He’s a wiry little guy.

JN: The Fray came together from being classmates?

JK: Yes. We went to high school together. We didn’t play together back then. We had competing bands. A couple of years after high school we ran into each other. We were both writing and decided to start it up.

JN: After all the radio hits was that overwhelming for the band?

JK: Absolutely. When you first start a band all you think about and spend your time doing is writing songs, play shows, in the simplest way and the simplest formation of the band. It’s about the gear, and that guitar that one day you will buy. It’s a beautiful time. I’m grateful for having that time.

Then life flips upside down, all of a sudden you are strapped to a rocket ship, you get a hit, then it is tough to keep grounded.

I think there were a few years in there for sure where we lost footing, perspective, and who to listen to. It was a lot to sort through.

JN: The new album is going through this past with your catalogue, correct?

JK: It is our twenties and into our thirties capturing all of our songs over the years. It is a trip to see it all on one place. When we write it is a very personal narrative place. It was what I was going through when I wrote “Never Say Never” or what happened when we wrote “How to Save a Life.” It captures different moments of our lives.

JN: Do you guys tell stories about the songs when performing in concert.

JK: When it presents itself. We are excited about playing in a venue as iconic as The Chicago Theatre.

JN: Any free time while in Chicago?

JK: I hope so. We like Hot Doug’s but heard it is not around anymore.

JN: What is it like touring with a baby?

JK: It can be hectic. My tour manager stays busy running out for formula and diapers. She will be with me in Chicago.

JN: Do you have some new plans for songwriting?

JK: I do have a few things that I am writing along the tour. I even played some onstage at the Orpheum when we had some downtime. It was just to hear the acoustics and they sounded great.

JN: Would you ever go solo?

JK: I think about that sometimes. I would need a new name.

Visit  www.thefray.com for more information on the current tour.