Oh, yes: an interview with Yoko & The Oh No's

I’ve read the Out 100 issue for years, so for me it was surreal to have something written up about our band in there. 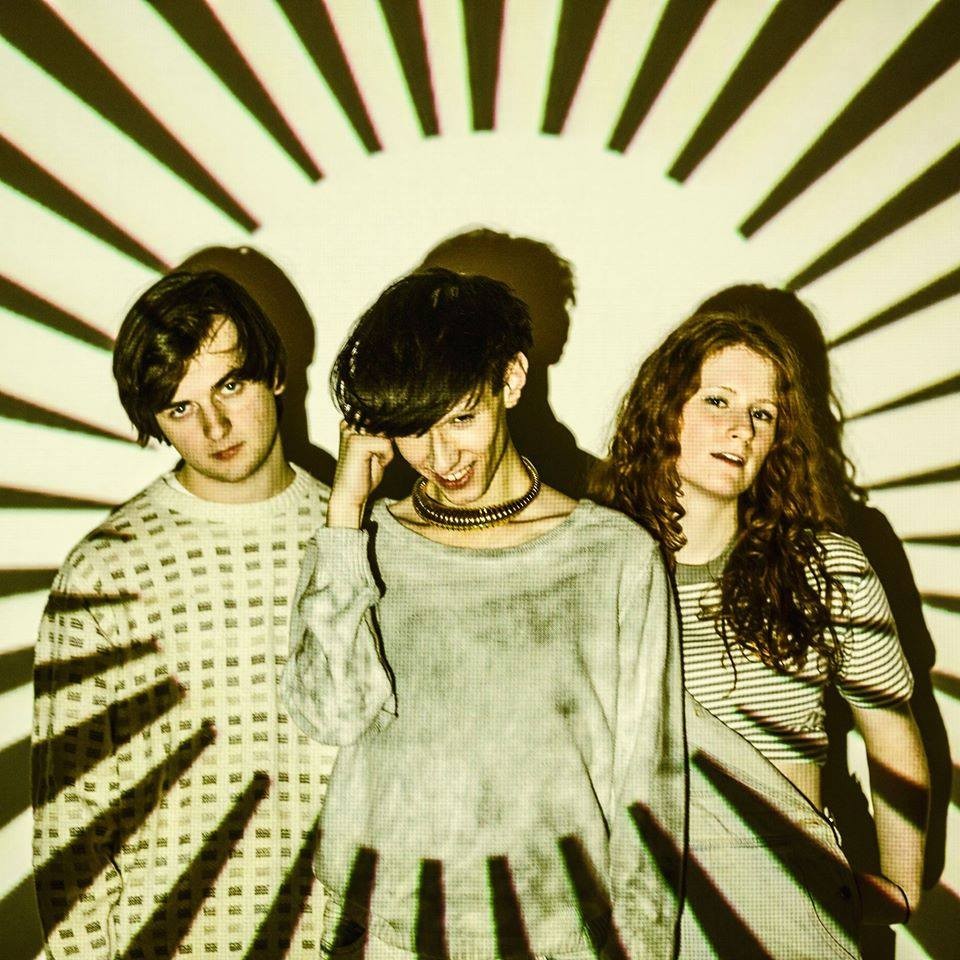 yoko and the oh no's

Max G and Stef of Yoko Oh No's talk about the band.

It takes more than a clever name to get people’s attention (although it doesn’t hurt) and Yoko & The Oh No’s have been getting plenty, including a mention in the December 2015 Out 100 issue of Out Magazine (with President Barack Obama on the cover).

Yoko & The Oh No’s, featuring magnetic lead singer Max Goldstein on vocals, drummer Stef Roti and bass player Max Loebman, have much working in the band’s favor on its eponymous Autumn Tone Records debut. The strong set of tunes, including “Heart Attack,” “Nobody Wants To Know,” “In Pieces,” “Lone Wolf” and “Who’d Stop Me,” are all performed with a youthful exuberance and zest. I spoke with Max Goldstein and Stef about the band and more.

Gregg Shapiro: Max and Stef, I’d like to begin with the basics, such as what is the genesis of the band’s name?

Max Goldstein: We were with some of our band-mates from (our previous band) The New Originals. We were coming up with funny band names; some that were puns and some that had “and the” (in the title). They were all really goofy and sort of jokes. When one of our old friends said, “Yoko & the Oh No’s,” something about it stuck. When we put the band together it was there. And we love Yoko!

GS: That was actually my next question. Does Yoko Ono know about the band?

MG: Yes! She does Q&As on her website every week and I actually submitted a question. I have her book, I have her CDs, I read her Twitter every day. My question was, “Do you feel that all people are connected in some way? If yes, why do we try so hard to separate ourselves from one another.” I also mentioned that I am in this band called Yoko & the Oh No’s and I asked her if she liked our name. To be honest, I wasn’t expecting a reply at all, and it took longer than I thought it would be. Stef sent it to me.

Stef Roti: She responded that she thought we were funny.

MG: That we have a good sense of humor.

GS: How did you all meet and how did the band form?

MG: Me and Max (Loebman) met at a rock summer camp. He was 11 and I was 13. A year or so later, I ran into him at a coffee shop. We started talking and then we formed The New Originals. Probably a year after we started The New Originals, I quit. It wasn’t really for me, I wasn’t feeling it. After that, Max and I really wanted to make music together. We started working together again because we both missed it. We also learned from The New Originals. What worked, what didn’t and what we liked. The music that we make is fun.

SR: Max and Max started making music on the side for fun. Then they asked me to join. It was really like a side project of that band and we just kept going with it.

GS: In what year did all of this taking place?

MG: Two years ago (2013) was when I came home from school and The New Original broke up. That’s when Yoko became the main focus.

GS: The song “Nobody Wants To Know” includes a Velvet Underground reference. How would you define the band’s musical influences?

MG: They’re very all over the place. The other Max is really into 1960s garage rock. We all really like The Kinks. I’m obsessed with Amy Winehouse.  We like a wide variety of music and it often overlaps, too. With The Beatles, for example.

GS: Stef, who are some of the drummers, female and male, that you look to for inspiration?

SR: I admire a lot of different drummers. I like when drummers don’t try to be fancy and don’t try to overtake the band. They just play what they’re supposed to. I really liked (the late) Keith Moon (of The Who) because of his energy.

GS: Songwriting on the Yoko & The Oh No’s disc is credited to the band. How does that process work?

MG: Max wrote some songs and I wrote some songs. Then we put our heads together. Each song isn’t necessarily written by all of us, but it’s a representation of who we are. The album wouldn’t have existed if any one of us wasn’t a part of it. That’s we decided to put that down. This album represents us as a collective and not as individuals.

GS: I also want to offer my congratulations on the band’s mention in the December 2015 Out 100 issue of Out. What does the mean to you?

MG: Oh my God! To be honest, I’ve read the Out 100 issue for years, so for me it was surreal to have something written up about our band in there. One thing I will say is that I’m very open about myself and who I am. The term “queer punk” was brought up also by a lot of other publications after that. I don’t think we make queer music. I do think it’s really cool to be recognized by the queer community as a band doing something compelling, something that they want to support and watch out for. That was really cool too. It’s not like we’re all gay. I am! We just make music. I don’t think we really think about that while we make music. It was such an honor, to be honest. I have two copies in my apartment; one that will stay in the packaging forever. It was really cool.

GS: Chicago is well-known for its diverse and fertile music scene. Do you feel like the band has been embraced by area music fans?

MG: Yes, definitely! It took a while to really feel it, especially in the beginning. I’m not sure how much of it was reality and how much of it was my own insecurity. It took me a long time to feel comfortable talking to other bands at shows, to feel like a part of the scene. They’ve definitely embraced us. We’re doing something that’s pretty different than a lot of the other bands playing in the scene. It’s been cool to see that shift on a local level.

GS: Being a band based in Chicago, home of venerated music festivals such as Lollapalooza and Pitchfork, do Yoko & The Oh No’s have a preference for one fest over the other?

MP: I went to Lollapalooza every year from eighth grade through high school. It’s an amazing festival and it brings a lot to the city. I personally prefer Pitchfork a little bit. It’s a little less overwhelming. I would love to play either of them [laughs], I’ll say that.

GS: Do you think there’s a chance that Yoko & The Oh No’s will be playing one or both this summer?

MG: Hopefully! If we are, we don’t know yet. That’s definitely a goal of ours for the future.

SR: Especially as a hometown band, it would be great!

GS: What’s next for the band?

SR: We’re going to focus on recording our second album. We’re also planning to play  SXSW (in Austin TX). We’re hoping to get some (show) dates on the way there and back.

MG: We want to go on tour this summer. We’re really looking forward to that.

GS: When do you think the new album will be available?

MG: That’s a good question. We have the material and we want to get it down while it’s still fresh in our minds. The (songs on) album we just put out is very old for us. We wanted to learn from that, how to play songs that are four years old. We wanted to get those down so that we, as a band, could start moving forward.