Getting to the heart of the Matter: an interview with St. Lucia’s Jean-Philip Grobler

I’m not actually gay myself. But I identify with the queer community in many ways. 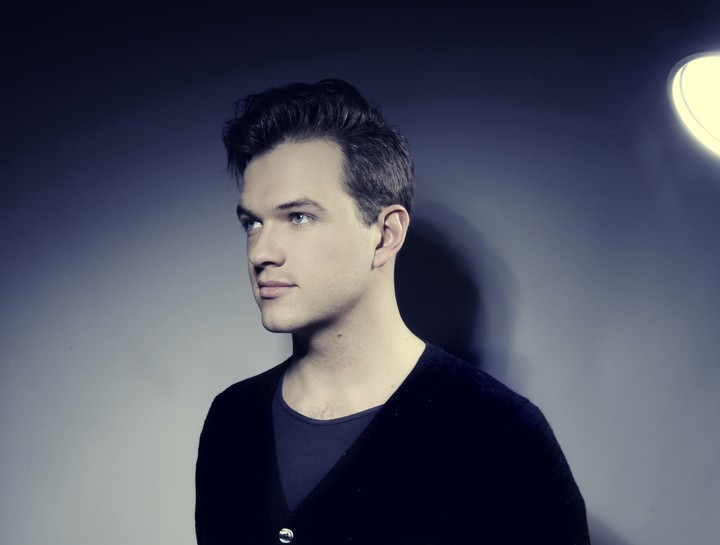 St. Lucia's front-man talks about the band in advance of Lollapalooza show

On its second album Matter (Columbia/Neon Gold), Brooklyn-based new wave revivalist dance band St. Lucia, led by Jean-Philip Grobler, bypasses Bowie and goes straight for Tears For Fears and Thompson Twins. Backed by a synth and beats-driven band, including his wife Patricia Beranek (who also serves as exec producer of the disc), St. Lucia focuses on the nostalgic dance-floor on virtually every one of the fabulous disc’s 11 tracks. Of particular interest are clubby tracks such as “Rescue Me,” “Stay,” “Home,” “Physical,” “Help Me Run Away” and “Dancing On Glass.” Grobler was good enough to speak with me about the band and more before St. Lucia resumed its busy tour schedule. [St. Lucia performs on July 30 in Chicago at Lollapalooza.]

Gregg Shapiro: Jean, I’d like to begin by congratulating you and the band on recently making Entertainment Weekly’s list of the “best albums of 2016 (so far).” What does it mean to you that St. Lucia’s Matter made that list?

Jean-Philip Grobler: [Laughs] Thank you! I try not to pay too much credence or give too much import to being included on lists or what critics say about us. But you can’t help but feel good when somebody puts you on a list like that. In some way it validates what you do a little bit, even though I don’t necessarily need that to validate what I do. I love what I do and I believe in what I do. But it’s always nice when someone says something like that about your art.

GS: For the uninitiated, what is the genesis of the name St.Lucia?

J-PG: I came up with the name St. Lucia basically by taking out a map of South Africa, which is where I’m from, and taking a pen and closing my eyes and putting the pen down on the map. On the fifth try it hit St. Lucia. The moment that I hit that name it was like all the pieces came together. I realized whether you think of the St. Lucia in South Africa or St. Lucia in the Caribbean – there are many St. Lucia’s around the world – generally what you’ll think of is an exotic place that you might escape to. It’s probably warm and a little bit hazy and slightly tropical. Those are all describing factors of the music I was making at the time. It all came together in that moment.

GS: I was at your Culture Room show in Fort Lauderdale and I have to say that the energy level was through the roof.

GS: What do you enjoy most about live performance?

J-PG: It’s hard to say what I enjoy most. The whole thing is an enjoyable thing in general, unless everything is fucking up and going wrong on stage somehow, which definitely happens [laughs]. You have these moments during shows where it’s almost like you forget that you’re playing the same songs that you played last night and the night before. You get lost in the moment and all time and space compresses. You almost become one with the audience and the band around you. We aspire to have those moments every night. Not that we try to have them – we just do what we do. Some might be better than others. We aspire to the transcendent live experience.

GS: You definitely achieved that at Culture Room.

GS: At that Culture Room show, you dedicated a couple of songs (“All Eyes On You” and “Love Somebody”) to the victims of the Orlando massacre, and you tied a rainbow flag to the mic stand. The crowd quieted down to listen to what you had to say. It was very powerful.

J-PG: It’s a little difficult to talk about. Obviously what happened was terrible. It was a heartbreaking, horrendous event. Aside from the fact that it happened at an LGBT club, I feel like it was one of those events that we’ve become all too used to seeing in the States. I feel like I’m way less shocked than I should be when that happens. It’s terrible and shouldn’t be that way. I feel like there are vested interests in this country preventing things from changing. It’s unfortunate. The thing is, I’m actually married – I have a wife. I’m not actually gay myself. But I identify with the queer community in many ways. When I was growing up I was interested in music, I was part of a boys choir. I was always harassed at school. I had friends who were gay but hadn’t come out yet. They were harassed in the same way I was because I was doing something non-traditional. People would ask, “What do you want to do when you grow up?” I’d say, “I want to do music.” That was the most insane, crazy thing to them. I’m also a little bit effeminate in the way that I am. I was definitely bullied quite a lot at school. I identify with the struggles that not only the LGBT community goes through, but also non-traditional people from all walks of life. That’s where my identification with the community comes from. I believe that we should all be free to become whatever we want to be or do or become, as long as it doesn’t interfere with someone else’s life. If you’re a guy and you want to marry a guy, that shouldn’t effect anyone else but you and that person.

GS: Does that mean you are cognizant of a queer following for St. Lucia?

J-PG: Absolutely! And I’m very happy that we have that. I think it’s wonderful that we provide something that the community can identify with and makes them feel good. Last year we played a whole bunch of Pride events. We played the National Pride Weekend. We were meant to play the night that the marriage equality ruling happened but our show got rained out. [Laughs] we decided to stay one extra night and perform the next night because it was such a momentous occasion.

GS: For a long time, beginning with the birth of disco and continuing through the post-“disco demolition” years, dance music was the domain of the queer community. Are there any acts from the early days of dance music, including classic disco and house music, that you consider to be influences on or inspirations to St. Lucia?

J-PG: Absolutely! One of my biggest influences from that era is all the stuff that Nile Rodgers did. Chic, Sister Sledge, also Madonna’s Like A Virgin, David Bowie’s Let’s Dance. David Bowie is also a massive influence, as is Prince. Earth, Wind & Fire -- even though they weren’t strictly disco -- are a big influence. I feel like St. Lucia is influenced by bands or acts that have a maximalist quality to the music they make. Both musically and in the approach of making music that is generous in terms of emotion and soul and texture. I feel like there’s so much music around today, there always was and always will be, that’s a little cagey and trying to be cool. I believe that my place in this world is not to try and be cool. Just do my thing and put out there what I feel and what my influences are, whether they’re cool like Radiohead or Interpol or Lorde or un-cool like Phil Collins or Lionel Richie or Chic. I feel like the most important thing you can show your fans, if you are in a position of influence, is that they can be themselves and not be afraid to be themselves. The only way you can do that is by doing it yourself.

GS: St. Lucia seamlessly marries vintage dance music elements with `80s new wave. On Matter, I detect the influence of Tears for Fears and Thompson Twins in some of the music, for example. What role did new wave music played in your formative years?

J-PG: I definitely wasn’t super-aware of new wave when I was really small. A lot of more subversive music was banned in South Africa because of apartheid. I grew up only hearing Michael Jackson and Phil Collins, the poppiest of stuff coming from overseas. As time went on and I was a teenager, I started to discover new wave when the resurgence came through with bands like Interpol. When I moved to the UK, suddenly I realized there was this whole world of music that I’d never realized existed. I started listening more to Soft Cell and Tears For Fears and The Cure; delving into it.  What I loved about that music was that it could be dark, but you could also dance to it. That’s a really cool juxtaposition. I like to use juxtapositions in my music as well. Where you have this melancholy mood or the lyrics are melancholy but then it make you move in some way.

GS: Lastly, to get shallow for a moment, I have to say that St. Lucia is a great-looking band. I just thought that the attractiveness of the band shouldn’t go unmentioned. How aware are you of the band’s visual appeal?

JP-G: [Laughs] we’re aware of it to an extent. But none of us are like 16. Our visual appeal helps to an extent, but it would probably help a lot more if we were 10 years younger [laughs].