Nothing but the truth: an interview with Ty Herndon

I have struggled with being gay my entire career and life. 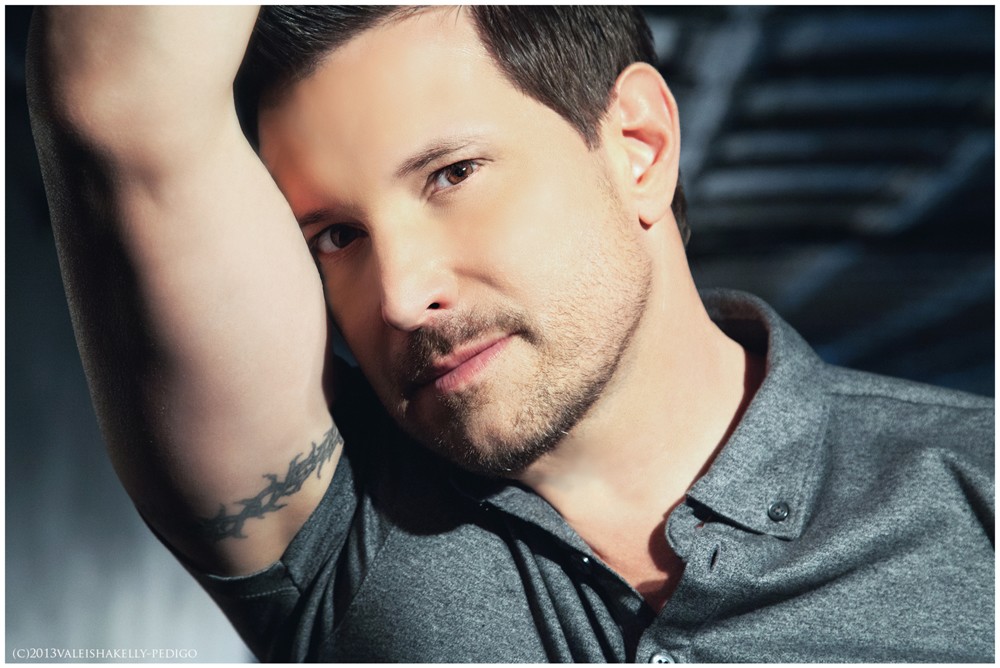 Country singer Ty Herndon, who began topping the country music charts nearly 20 years ago, came out publicly as a gay man a week before Thanksgiving 2014. That's something for which country music fans, gay and straight, can be thankful. A country chart-topper in the 1990s, Herndon's hits include "What Matters Most," "Living In A Moment," "It Must Be Love" and "Loved Too Much," to mention a few. Now an out and proud gay man, with a partner of five years named Matty, Herndon is one of the LGBT artists in Nashville working to make the country music capital a safe and productive place for queer musicians and queer followers of the popular musical genre. I spoke with Ty about coming out, his career and more in late November 2014.

GS: (Gregg Shapiro) It's been about five days since your coming out story ran on People.com and you were discussed on CBS's The Talk, CNN and interviewed on Entertainment Tonight. How has the experience been so far?

TH: (Ty Herndon) I feel so incredibly blessed. I have struggled with being gay my entire career and life. Of course, I've had so much support from my friends and close family that supported me, that knew I was gay. But it's been so freeing for the fans to know; the fans in country music, especially. They have really been supportive and awesome. There are always going to be the naysayers and we've had a few of those. 99% of the feedback from the fans and in Nashville has been incredibly supportive. It's blown my mind, to be honest with you. I feel extremely happy. And I feel extremely excited about the future because, really, at the end of the day I just want to be authentic and continue to make great music. That's what I was what put on this planet to do, that's my gift. I'm singing better than I ever have. There's lots of music coming in the new year. That really makes me happy.

GS: You performed at the Grand Ole Opry last night. How was that show?

TH: I was nervous walking into it. To my knowledge, no openly gay man has ever walked on the Ryman stage and performed. That is the Mother Church. I have so much respect for it. I've performed at the Grand Ole Opry 25 times in my career, but this one was a big deal to me simply because I am a part of the fabric of country music and I was hoping that I would be accepted. I told my manager last night, "If there's security at the back door, I hope they're just there to shake my hand and say come on in." That's exactly what happened. All of the artists were extremely supportive. We walked onstage to a full house and a big, loving, cheering crowd.

GS: Prior to going public, did you consult with other out country artists, such as Brandy Clark or Chely Wright, before making your decision to come out?

TH: Chely Wright and I have been friends for many years. Our paths are so similar in country music. We went to great lengths to hide the fact that we were gay. Five or so years ago when Chely came out, I was so incredibly blown away by her bravery and courage. About six months later, we started talking about it. I didn't want her to be alone out there. It took a while for me to get my courage up, just to wrap my brain around it. I was really fearful about being able to continue working and doing my job, working 200 tour dates a year. That was my main fear. If I don't get to continue to do my job that I love, my passion, I don't know what I'd do. Through Chely, I was able to get educated about all of the fans out there and the new landscape of what my life would be like. I became very comfortable with the fact that I wasn't going to let who I authentically am stop me from making the music I love. God gave me great courage and Chely was my Godsister through all of it and we did it together.

TH: I would be so incredibly honored. Just to know that my LGBTQ brothers and sisters would welcome me in that. I would be extremely blessed and honored to be a part of something like that. It would be very humbling.

GS: Billy Gilman, who also came out on Nov. 20, credits you with helping him with the coming out process. What does that mean to you?

TH: I have known Billy since he was 12. We were on the same record label, Epic/Sony. I had had a few hit records when they signed Billy. He has been like a kid brother over the years. We had lost contact and all of a sudden he's 26 years old. Last year, he reached out to me and we started talking about his sexuality. I began mentoring him a small amount because I was also mentoring myself, actually Chely was mentoring me. I was trying to pay it forward. It's a big decision to take that step. I was really happy that he chose to do that – two hours after I did. That we could take this journey together and be a support system is pretty awesome. Between Billy and Chely and me, who knows, maybe we'll do us a little world tour next year.

GS: That would be great. Do you see this as a potential domino effect or more of an anomaly in country music and Nashville?

TH: I think country music's growing up. Nashville, in general, is growing up a lot now. Country is so big now, they're on the world stage. If you're going to be on the world stage, you have to be able to have a different mentality. I credit Nashville a lot now. They're moving forward at a great pace. I know one of the things I would love to see happen, and Chely would too, is starting a better coalition here in Nashville of affirmative hearts so we can get an LGBT center open, that we can see Pride and GLSEN come to town. All of these kids, in these Southern states that we're surrounded by in Nashville, when they're kicked out of their homes and the churches, that they have a place to go, that suicide is not an alternative, that they know that they can come and find love and acceptance. That coalition is important to a lot of us in Nashville behind the scenes as well as the few that have bravely come out.

GS: You mentioned people being kicked out of their homes and churches. How much influence did your religious background have in the process?

TH: I grew up in a great church, with a lot of affirming people. I never had to worry about being kicked out of anything. I grew up in bluegrass and gospel and country music. I had this amazing grandmother who had her own radio show on WPRN in Alabama. I have these strong women in my family. My grandmother was broadcasting live from the senior citizens' center at 90 years old, talking about controversial things. She was awesome. You didn't mess with Grandma Myrtle. But I had no one to talk to about my feelings of being gay at 10 years old. I was 20-something when I came out to my mom. I think moms always know. My mother was more concerned about the profession I had chosen to be in. Her main concern was that I live an authentic, good life and that I was healthy. Of course, I went down some roads and that was not the case. She was right to worry about that. But, to answer your question, I grew up with a very loving God in my life and that's something I want to pass on to these kids that don't have that.

GS: I'm glad you mentioned your mother's concern with the career you had chosen. You released your major label debut almost 20 years ago and have been a country music mainstay since that time. Was there ever a point that you considered recording and performing in a genre, such as pop, where there are more openly LGBT artists?

TH: I considered doing a pop record. I actually went to my record label and talked about it. But when you're a country artist through and through and it's in your blood, all you accomplish is a pop sounding record with a country singing fella. It just didn't fit for me. I just had to buckle down and fight harder. The harder I fought, the more lies I created and it was uncomfortable to be in my own skin. At that point, I made a lot of mistakes, a lot of bad choices, and I take full responsibility for those choices. Looking at it from today, the addiction and the hard stuff I put myself through, it is now a part of the fabric of my story. God bless the broken road that has led me to sit here talking to you today. If it's fair to say, sometimes I'm grateful for my mistakes because I don't think I'd be the man I am today if it wasn't for them.

GS: If there was a movie version of your life story, who would you like to portray you?

TH: There are very few actors who have great singing voices. I think Hugh Jackman or Neal Patrick Harris would do a great job playing me in a movie about my life. We would have to bring them to Nashville and teach them the cowboy ways [laughs].

GS: You are embarking on a 2015 concert tour with Andy Griggs and Jamie O'Neal. What are you most looking forward to about that?

TH: I love those two, number one. We're three very different people. Andy's very much the bow-hunting, beer-drinkin', redneck fella. He's got a great girlfriend, so he's not the woman-chaser. Jamie, on the other hand, is definitely our diva. She's not a diva-in-training; she's a full-blown diva. And I'm the gay guy who's probably just about as country as they come. The dynamic is the crazy friendship. Those guys will play a Pride festival with me, they'll go anywhere I go. And I will go anywhere with them. I feel protected and loved.

GS: Finally, Ty, as same-gender marriage continues to make strides across the country, if you and your boyfriend Matty were to marry, to what song would you like to walk down the aisle?

TH: That's an easy question for me. There's a Rascal Flatts song that I referred to, "God Bless The Broken Road That Has Led Me Straight To You." That would be our wedding song. And if I had my wish, I would have my friend LeAnn Rimes come and sing it.