Anyone can whistle: an interview with Gregg Shapiro

Because words are so important to me, I would have to say that singer/songwriters rank highest among my favorites. 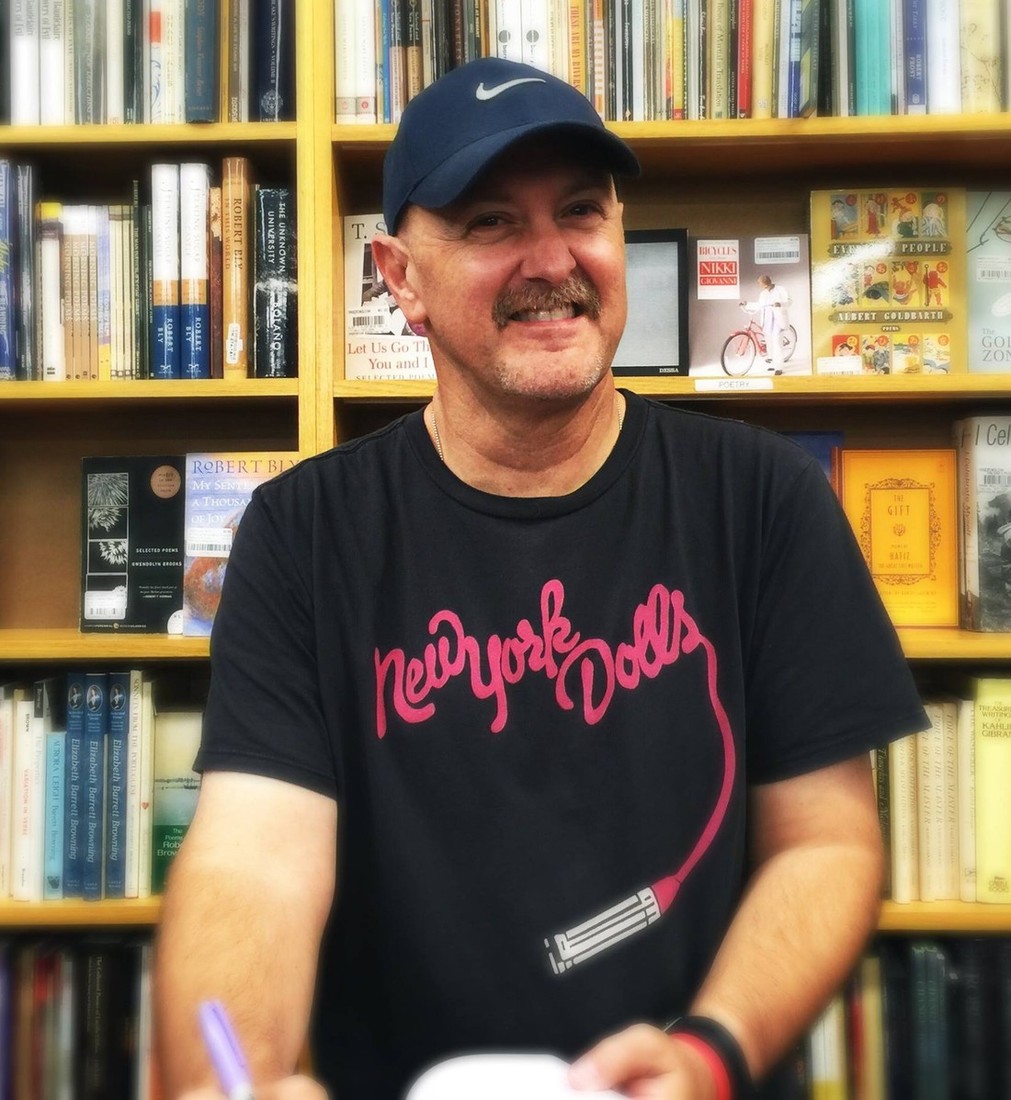 Many readers may know Gregg Shapiro's work as an entertainment journalist, his reviews and interviews run in a dozen LGBT papers, magazines and websites. What many don't know is that he is an acclaimed poet and fiction writer, with two books of short stories and three collections of his poetry having been published in the past decade. But his credits go back much farther than that, including having his work published in the highly respected literary magazine Christopher Street. If it sounds like I'm bragging I am. Gregg Shapiro is my husband. After 23 years of having him mine aspects of my life for his art, I get my revenge by asking him about his work. To those musicians, filmmakers, performers and authors he's questioned for his various publications, I'm putting him on the hot seat for you! [Gregg Shapiro reads from How to Whistle on June 2 at 7 p.m. at Gerber/Hart Library in Chicago.]

Rick Karlin: In both your poems and short stories, the setting is described so vividly that it is almost a character. Why does locale matter so much?

Gregg Shapiro: Locale matters to me for two reasons. First, it’s a way for me to honor places in which I’ve lived or spent significant amounts of time. The stories in Lincoln Avenue, my first book of short fiction from 2014, are set in and around Chicago. How to Whistle also includes Chicago stories, as well as stories set in Boston and Washington, DC, two other cities in which I have lived. The second reason is that place or locale is another way for me to ground a story. To give readers who may or may not be familiar with the respective area some sense of the landscape, the people, the culture, the weather.

RK: What are the differences in the challenges and rewards between writing poetry and short stories?

GS: Because I mostly write narrative poetry, the challenges and rewards tend to be the same. It’s just a matter of deciding which format is best suited to expressing what needs to be communicated.

RK: How do you choose whether a piece is going to be a poem or story?

GS: This is a great question, especially since there are stories in How to Whistle that began life as poems and then were expanded into short stories. This is something that I have begun to do more of in recent years. For instance, the story “Like Family” in Lincoln Avenue was originally a poem that was published with a different title. In How to Whistle , the stories “Money Changing Hands,” “Wide Awake On Halsted Street” and “A Different Debra,” were originally poems (in much shorter versions and possibly with different titles) and, I think, all three were also published as poems first.

RK: I know music is an important part of your life, is that why so many of your stories feature musical references?

GS: Music is as important to me as writing, although I can’t sing or play an instrument. Music has been essential to me since I was very young. In looking through the book, I was reminded, as you pointed out, of the prominence of music in the stories, beginning with the first one, “Autographs,” which mainly takes place at, of all places, an Adam and the Ants concert [laughs]. Also, as an entertainment journalist I get to share my adoration of music through my music review columns and my interviews with musicians.

RK: Who are some of your favorite musicians and why do they resonate with you?

GS: Because words are so important to me, I would have to say that singer/songwriters rank highest among my favorites. At the top of the list are the obvious ones, Joni Mitchell, Paul Simon, Laura Nyro, Carly Simon, Rufus Wainwright, Tom Waits, Joan Armatrading, Leonard Cohen, David Bowie, Rickie Lee Jones, Ani DiFranco and Randy Newman.

RK: Many of your stories focus on the teen and young adult years. What is it about that time of life that fascinates you?

GS: Sometimes I think that I write about the teen and young adult years not because I’m fascinated with them but because it’s a way to reclaim and revise them; to take away the sting and smooth over the scars.

RK: A few of your stories are about bullying, and I know that is something you experienced growing up. The stories seem to be a way, as you say, "... to take away the sting and smooth over the scars".

GS: Yes, I was bullied. But, of course, I wasn’t the only one. The epidemic of bullying, which is not new, although it is finally getting the attention it deserves, will probably never be eradicated. There are too many bullied people who become parents and then, in turn, end up bullying their children, who then bully their siblings and contemporaries. It’s a vicious circle. However, I’m glad that it has become a topic of conversation and that there is the potential for change on the horizon.

RK: It must have been a kind of sweet revenge writing “Bully in a Bar” then! What was the inspiration for that story?

GS: You think [laughs] ? Part of the inspiration for the story came from when I moved back to Chicago after living away for eight years. In my time away, I fully forged my identity as a gay man. Even though I would frequent gay clubs when I would come back to Chicago to visit, it wasn’t the same as being a resident. Going out with friends while living in Chicago often included time spent in gay neighborhoods such as “Boystown” on Halsted Street, as well as in Andersonville. Time and again, much to my surprise, I began to run into people with whom I went to high school. Some of them I had suspected might be gay; others completely took me by surprise. It was both thrilling and terrifying, especially since I went to high school in the pre-Gay/Straight Alliance dark ages. Our GSA was the theater department [laughs]. I was, for the most part, happy to see these people in this setting. Then I imagined what it would be like to run into someone I would be less pleased to see in a gay bar and that’s how the story began.

RK: You are also an entertainment journalist. How does that kind of writing differ from your creative work?

GS: It’s fact versus fiction; simple as that.

RK: In many of your interviews with writers you end by asking them who would they cast in the movie version of their stories. I’m going to turn the tables on you and ask you to do the same for a story or stories of your choice from How to Whistle.

GS: How cruel [laughs]! This is going to sound strange, but if I ever think about movie versions of my stories (which, honestly, I rarely do), I actually think more about who I would like to direct the movies than whom I want to play the various characters.

RK: So, who would that be? You don't think I was going to let you off that easily!