Well, I think there is a great opportunity with theatre to reflect life back at people. 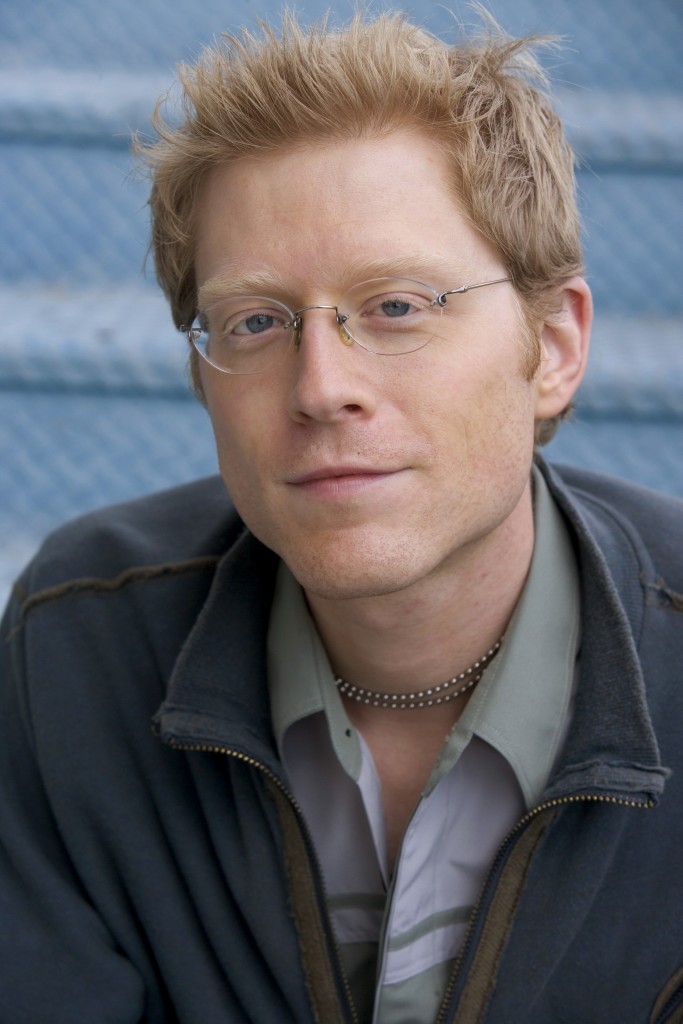 Original Rent cast member Anthony Rapp is returning home to Chicago where he is reprising his role of Lucas in the National Tour If/Then, an original musical which reunites composer Tom Kitt, book writer/lyricist Brian Yorkey, and director Michael Greif, the creative team behind the Pulitzer Prize and Tony Award-winning musical, Next to Normal.

Anthony discusses this intriguing new show that focuses on how one choice we make can forever alter the path of our lives. We also tells us about his new film musical Grind, which is based on the true events of the Grindr murders in Europe.

Michael J. Roberts: Hi Anthony. Great to talk with you again and congratulations on the success of If/Then.

Anthony Rapp: Hey Michael. Great to hear from you again and thank you.

MJR: Looking at your incredible career, you always seem to pick projects that force the audience to pay attention to the performance.  Is that intentional?

AR: Well, I think there is a great opportunity with theatre to reflect life back at people. Sometimes it is fun to see something that is just entertaining and dazzling. But for me as a theatregoer, I want to be taken on a human journey where the soul, heart and mind are moved and inspired.  That is what I’m drawn to as a performer and I have been fortunate to have been in projects that speak to that.

MJR: And probably no more-so then Rent.

AR: Most definitely Michael. Rent inspired a whole group of writers, including Tom Kitt and Brian Yorkey who wrote If/Then and Next to Normal. Tom and Brian always have told me how much Rent has inspired them and made what they wanted to create possible. The same has happened with Lin Manuel Miranda with In The Heights and Hamilton.

MJR: Let’s talk about reprising your Broadway role of Lucas in the tour of If/Then.

AR: It has been great. As you know, the show is all about choices that we make and how one decision, no matter how inconsequential you think it may be in the moment, can change the direction of your life forever. The audience gets to see my character through the lens of Elizabeth, and the how the choices she makes impacts not only Lucas’ life, but the lives of other people that surround her.

MJR: The Broadway run and the initial part of the this tour reunited you with another Rent alumn, Idina Menzel. How was that experience and has your performance changed playing opposite Jackie Burns?

AR: Idina and I have so much history off stage and our characters have so much history on stage, that performing it became part of our souls. Thankfully Jackie was Idina’s standby on Broadway so I did get to do the show a number of times with her so we have our own relationship. Jackie is very different actress and has a very different soul then Idina and I think we found a very nice way for our souls to meet. So it is different, but for me as an actor, I can go with anything they are giving me as long as it is in keeping with the story.

MJR: I want to talk about a film/music project you recently completed that I am infatuated with called Grind, which is based on the true events of a murderer who found his victims on Grindr.

AR: Ah, yes.  It was a fantastic experience. The director and one of the writers of the film were traveling abroad doing concerts in Europe. They were on Grindr and while talking to some of the local people, I believe in Scandinavia and heard about people being targeted and getting killed. I personally think the work is a surprisingly honest piece about the lengths people will go to connect and the pitfalls that go with it.

MJR: So are you looking forward to coming back home to Chicago for If/Then?

AR: Always! I’m even looking forward to the weather.

ANTHONY RAPP (Lucas). Broadway: Rent; You’re a Good Man, Charlie Brown; Six Degrees of Separation; Precious Sons (Outer Critics Circle Award, Drama Desk nomination). Off-Broadway: Raised in Captivity, Sophistry, The Destiny of Me, Some Americans Abroad, among others. Film: Adventures in Babysitting, School Ties, Dazed and Confused, Six Degrees of Separation, Rent, Man of the Century, Roadtrip, Winter Passing, A Beautiful Mind. TV: “The X-Files,” “Law & Order: SVU” and “Psych.” Author of Without You: A Memoir of Love, Loss, and the Musical Rent, which was adapted into the one-man show Without You and performed nationally and internationally.