The year of Years: an interview with gay filmmaker Andrew Haigh

It’s so difficult when you make gay-themed films – it was never my intention to only make films about gay characters. 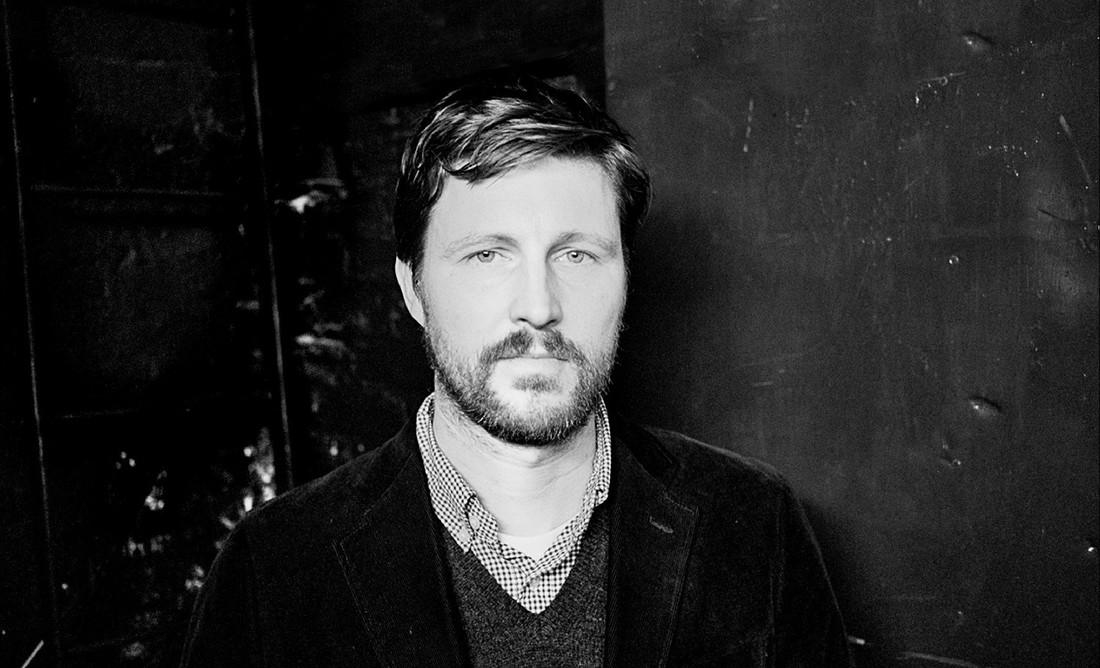 Gay filmmaker Andrew Haigh (Weekend, HBO’s Looking) goes straight, so to speak, with his film 45 Years (Sundance Select/IFC Films), based on the short story by David Constantine. Over the course of the week prior to Kate (Charlotte Rampling, who received an Oscar nomination for her performance) and Jeff’s (Tom Courtenay) 45th anniversary party, the couple’s marriage is potentially jeopardized following the arrival of a letter.

What could possibly be in that letter, you ask? It turns out that in the early 1960s, just a few years before Kate and Jeff were married, Jeff was involved with a woman named Katia. While on a hike near a glacier in Switzerland, Katia died in a fall, but her body was never recovered. However, due to climate change conditions, it is discovered, preserved in ice.

Anything that Kate knew about Katia prior to the arrival of the letter was sketchy. Soon, she will learn more than she ever wanted to know. Some of it coming directly from Jeff, who is greatly affected by the news; some will come from Kate’s own snooping in the attic. Already shaken from the revelation, Kate is unprepared for the biggest discovery she will make about Katia.

Haigh, who has a gift for creating cinematic intimacy (see the aforementioned Weekend), is at the peak of his skills here. The relationship, with all of its cracks showing on the faces of the couple, feels lived-in and genuine. The use of music is also quite effective. Rampling’s subtle embodiment of Kate is simply breathtaking. But if you watch 45 Years expecting emotional fireworks, you’ll be disappointed (they’re British, after all).

I spoke with Haigh about 45 Years shortly after the Oscar nominations were announced in January 2016.

Gregg Shapiro: 45 Years is based on the short story by David Constantine. What was it about the story that made you want to adapt it into a screenplay and film?

GS: I’m glad you mentioned Weekend. Your first two full-length features Greek Pete and Weekend dealt with queer subject matter. What was the appeal of making a film about straight characters such as 45 Years?

AH: It’s so difficult when you make gay-themed films – it was never my intention to only make films about gay characters. If you started to make a film about two men who have been together for 50 years there are a lot of different things that that film has to become about. This wasn’t the film to do that. There were other things I wanted to look at that in many ways would have been overshadowed by it being about two gay people. Really it was about just approaching it from a different angle.

GS: Was there ever a point when you considered making Kate and Jeff a same-sex couple?

AH: I don’t think so. No, never. Obviously, they weren’t in the original short story. That would have changed what the story became. It would become about something else. Inevitably, telling a story about two people who have been together for 45 years – if it was two men it would have been a very different story. Forty-five years ago [laughs] it was not easy for two men to get together and have a relationship.

GS: 45 Years, like Weekend, is a very intimate film, with two characters as the primary focus. What do you like best about working in that kind of close atmosphere?

AH: It’s a way for me to focus in on what’s important; to focus in on close details about relationships. Relationships are important to all of us. They define our lives; they define what we do with our lives. It makes sense to me to explore those kinds of things. Keeping it simple and keeping the focus tighter allows, for me anyway, (the opportunity) to explore more interesting things.

GS: The big news about 45 Years this week is that Charlotte Rampling, who plays Kate, has been nominated for a Best Actress in a Leading Role Oscar. What does that honor mean to you?

AH: It’s incredible! When we were making the film – it’s not a big film, it doesn’t have a huge amount of money behind it – to get this is incredible. I’m incredibly happy for Charlotte. She’d never been nominated before. It’s fantastic for her to be nominated. Also, it’s amazing for the film. It means that more people will get the chance to see the film because there will be more talk about it. That’s fantastic. It’s certainly not anything I ever would have imagined happening for the film when I was thinking about making it. It’s wonderful! It’s really special.

GS: Was Charlotte who you always had in mind to play Kate?

AH: When I write, I don’t like to have people in mind. I try not to do that. But then the minute we had the script that we felt was ready, we started talking about casting and all that kind of thing. Very quickly Charlotte was in our minds. We sent it to her early on. The most important thing is casting. It’s so difficult. You have to feel like you’ve got the right person. There are so many things that go into making that decision; their past work, the idea of that person, their acting ability, everything. I felt like Charlotte was the perfect person to play this. She has a very interesting combination of intense strength as a person, but also a vulnerability behind that. I really liked that. In a film about knowing and not knowing, I think Charlotte is the perfect person to portray that.

GS: What was it like working with a powerhouse duo such as Rampling and Tom Courtenay?

AH: Obviously I was nervous before I started [laughs]. They’ve worked with some great directors. They’re incredibly experienced. It was a really lovely process, actually. I think it made me realize that it doesn’t matter how many films you’ve done, when you’re starting a new one, you’re all at the starting point again. You’re all trying to figure out what the film is, what the best way is to do this. It’s very important for me that these things are collaborative. It was collaborative right from the start. It was a really great experience.

GS: Will we ever see more of Russell and Glen from Weekend?

AH: [Laughs] I don’t know about that. I was thinking at one point that if Looking had continued that I would like to see Russ and Glen just sitting at the bar in the background somewhere in San Francisco. So you felt like something had happened in their future – not that you would know what happened. (But) once I feel like a story is completed the idea of going back there is a difficult one for me.

GS: I’m glad you mentioned Looking. I’m sure that you hear this a lot, but I was very disappointed that HBO didn’t give your series Looking the chance that it deserved. On the whole, was it a good experience for you?

AH: Yes, it was a great experience. I loved making it. I loved being with the cast and crew. It was pretty much the same cast and crew for three years. We were certainly like a little family for a while. We got to finish it off – the movie is coming out, I hope, on HBO in April. I feel like we got to end it in a way that we’re all happy with. That’s good. It does have an ending, which is nice.

GS: Have you started working on or thinking about your next project?

AH: Yes. I have a project that will hopefully be shooting in the summer in Portland, Oregon. It’s a different project, I would say. It’s not so much a relationship drama. It’s a bit more epic than what I’ve done before, but it’s still a singular protagonist point of view story. I’m excited about it.