I think it is a story of a marriage 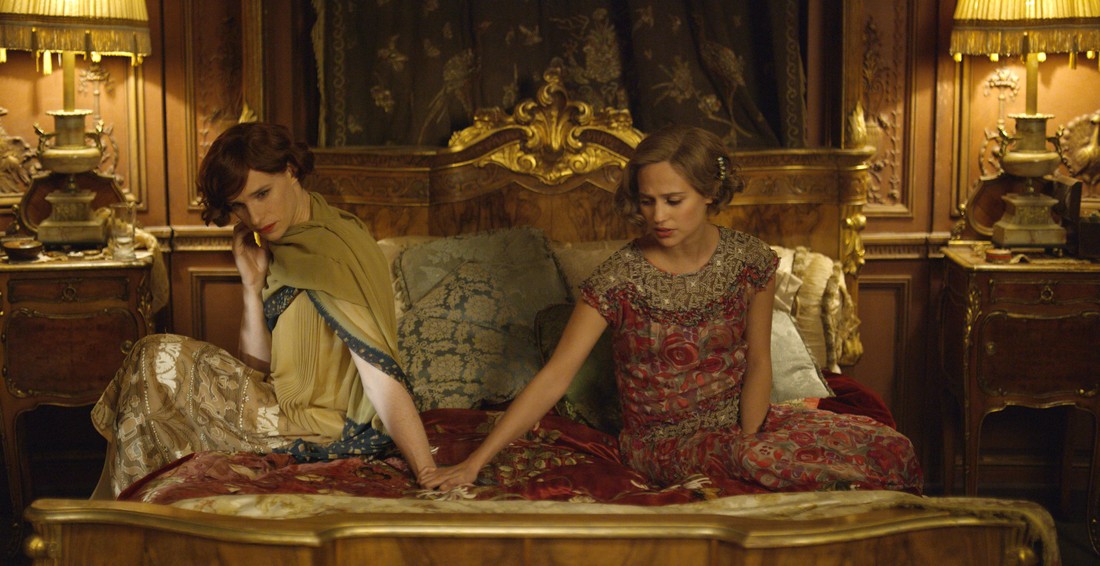 Catching up with Coxon in London about The Danish Girl

British playwright and screenwriter Lucinda Coxon is heading into even bigger projects thanks to the critically acclaimed movie The Danish Girl. After several plays playing in London and California, her latest play Herding Cats was revived in 2011.

Her screenplays include The Heart of Me and Spaghetti Slow. Her last film projects included Mrs. Gonzalez and Wild Target. She adapted a miniseries on BBC called The Crimson Petal and the White.

Nunn flew to London to discuss Coxon's adaptation of the David Ebershoff's novel of The Danish Girl. This is the story of Lili Elbe and one of the first known recipients of a sex reassignment surgery. The film stars Eddie Redmayne and Alicia Vikander with Tom Hooper directing.

JN: (Jerry Nunn) Hi, Lucinda. This journey for The Danish was a long process correct?

JN: Did you think of Eddie Redmayne or Alicia Vikander for casting when you wrote it?

I was sent the book 11 years ago by the producers.I loved the book and was amazed that it was based on a true story. I began researching around that. I got hooked. I have been with it all of that time.

LC: It is great, finally toddling off into the world.

JN: Transgender issues would have been totally different 11 years ago.

LC: It is extraordinary where we are now compared to then. Even thought this is a remarkable story and these are two fascinating people in their own right, Lili's story had been in the public domain but this had somehow slipped out of sight. It seemed bizarre then but I couldn't have imagined releasing the film in a climate like today around trans issues and the comfort people have about it in the public eye. Everything has increased so the project has gone from being very marginal in the beginning. We have had so many different directors and actors attached to it. Finally the world has caught up!

JN: What attracted you to the project? Did you have transgender friends?

LC: Even though it is a huge part of the film, I don't think of it as a transgender film. I think of it as a story of a marriage. That is what amazed me, the relationship between these two people. Each of them were so determined that the other should become everything that they both possibly ought to be and become the best possible versions of themselves, to be happy and successful.

There was a mechanism in particular where Gerder Wegener recognizes and enables the person that is drawn out this other side of her husband Einar who has been in hiding for so long. In turn the paintings have become incredibly successful so her career takes off. She gets the career that she has always deserved. She is the one who introduces Lili to the world. There is a moment when Gerder realizes that their marriage will have to be very dramatically recalibrated as a consequence. I found this very deeply moving about what they are losing. You have two people that love one another and have to renegotiate the terms of their contract.

JN: It happens in several of these relationships where the couple stays together.

LC: I think it is common in other relationships with forms of transition that people go through. There is a case of universality in this story.

JN: Do we know anything about the family of Lili?

LC: We do know about their families but I think there is already such a lot in the film that we didn't include that. There are always painful choices we have to make with a film. There is a great deal about Lili that we know that is not in the film. I hope there will be a rash of documentaries about it all.

JN: Was there a lot of research for you?

LC: No, a lot of it was done by somebody else. In the beginning it was overwhelming. Partly because the source material was in German or Danish so we had research looking at that. There was surprisingly only a small amount of material available at the beginning. Ten years later there were young academics working in Europe working on recovering more about this story and the truth of what happened to Lili. The memoirs from Man Into Woman, which is a terrific source in some ways, is pretty highly fictionalized. It is great to have balancing information from the outside.

JN: It is not a documentary so it doesn't have to be completely accurate.

LC: No, it is not a documentary. I think any film that is based on life or real events you want it to be accurate but what really matters is that it's truthful. That is not always the same thing. You really want to convey the spirit of the enterprise rather than ticking every single factual box.

There will inevitably have to be compromises but I feel confident that there is plenty of emotional truth in it.

JN: There is a lot of talk about this film winning awards. You could be a big award winner.

LC: I could but I am a writer so I get up in the morning, walk the dog, and go back to sit at my desk.

JN: I think as writers we all live in a bubble.

LC: I think that is right. There is a lot of excitement about it. I think you have to manage your expectations and get on with your next job.

JN: What is your next job?

LC: I am making a film called The Little Stranger with Lenny Abrahamson, who also made Room, which also has lots of awards buzzing around it. He is brilliant Irish director. We are making this film together next year.

The Danish Girl is currently playing at theaters everywhere.