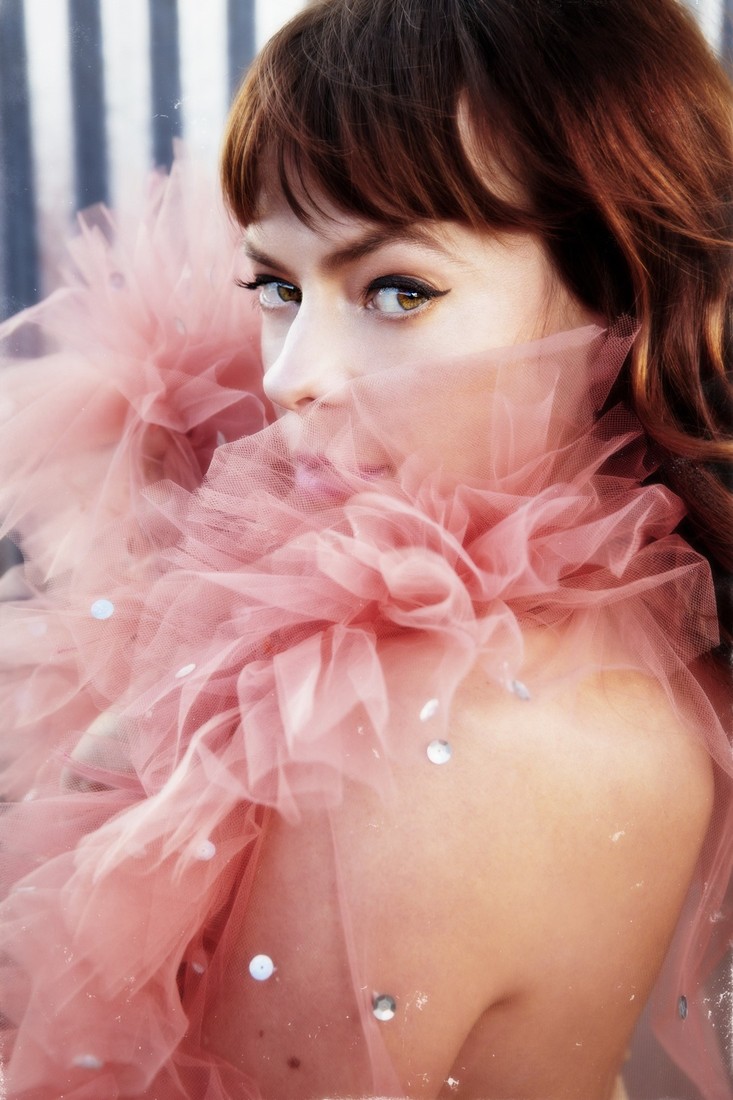 Listen up, Chicago, there’s a fun singer heading to town and her name is Lenka. This Australian artist is best known for her song “The Show” from her self-titled album. Her track “Everything at Once” was used on several television commercials.

She has worked with some strong producers on her new album The Bright Side such as Damian Taylor who has collaborated with Bjork in the past.

Nunn called her up as her tour was just kicking off.

JN: (Jerry Nunn) Hi, Lenka. You are calling from out on the tour?

LK: (Lenka Kripac) Yes, I am at the beginning of the tour. I have done two shows so far. Last night was LA, which was awesome. There are 19 shows to go.

JN: This is a long summer for you!

LK: Yes, I have. I played Chicago about five times over the years. It is great. I always love going there.

JN: Is your name a common name in Australia?

LK: Not in Australia but it is in Czech Republic. My dad is Czech. He came to Australia in 1968 and met my mom. They had me and my brother. They wanted to give me a Czech name. My brother’s name is Daniel [laughs]. It can be said with an accent to make it more Czech. My name is very common in Czech. It is like Lisa or something similar to that there. It is a derivative of the name Helena. There are a lot of names like that in eastern block. I got teased a lot as a kid. When I got older and into music I realized it an awesome name because it sounds like a band and not like a name.

JN: Did you always want to be a performer growing up?

LK: Yes I did but I wasn’t sure what type of performer I was going to be. I thought maybe a ballet dancer then I was a professional actor in my teens. After that I wanted to be a visual artist. I finally decided I wanted to do music in my twenties. I started when I was 25 so kind of late in the scheme of things. I always wanted to be an entertainer of some sort.

JN: Were you a fan of Australian artists like Kylie Minogue Natalie Imbruglia?

LK: Of course. When I was a little girl I was a fan, absolutely. I had her song on a compilation cassette tape that I listened to a lot and also her album that was just called Kylie. I loved Madonna, and Cyndi Lauper.

When Natalie had her hit “Torn” I was already a teen so too cool for that. I wasn’t into pop at that point.

JN: You are mentioning some gay icons so we need to make you one also!

LK: Exactly. I’m not a gay icon but I definitely have a pretty strong gay fan base. There are usually a bunch of gay guys and girls at my shows.

JN: I will be one of them at this coming show.

LK: Thank you, I appreciate that.

JN: Talk about the music and how it is very positive.

LK: That is what this album is all about, striving for happiness and holding onto it once you get it. There are no depressing songs and follow that pattern with this new music. There are a few down tempo songs but they are still very buoyant and have a positive message. I usually write like that when I sit at the piano to write a song. When I start choosing the strongest songs I really wanted to put out a positive message into the world. That is the thing to share, optimism and hope. That part of human nature and being able to find those things no matter what is the key to survival for us. That is my aim right now.

JN: How is it hearing your music on TV shows?

LK: To be honest it is my favorite part of the whole music industry. It is one that I didn’t know existed until it happened to me. Early on when I started making music people would say, “Your music is very licensable.” I didn’t know what that word meant but now I do because I have been able to get quite a lot of TV and movies scenes with my songs. It is fantastic because my work is done and even after a tour it can have this new life with somebody else’s project. It can happen again and again for years hopefully. That is exciting to me because it gets me a wider fan base and I get paid up front, which is amazing in the music industry. I love being a part of the story so I can now write specifically for the project.

JN: You used so great producers on this album. Did they come to you or did you pursue them?

LK: It is usually me. I don’t usually have producers knocking on my door. I like to ask other people’s opinions who are more experienced with that kind of a thing. I am not a sound engineer but I do want to get the right energy. I do have to get someone that can bring the technical sides to things. I try to pick someone who might be suitable and usually that is a little outside of the box. I heard about this guy named Damian Taylor who had worked with Bjork for years. I thought that was cool because I am a big fan. He mixes people like Arcade Fire. He wanted my song to have a new wave, electro, ‘80s sound. He lives in Montreal so we did a long distance thing for that one but it was worth it.

JN: It is important to surround yourself with good people.

LK: Definitely. I learn a lot and they can push me a bit because I wanted to get out of my comfort zone a bit with this record. A lot of it is the upbeat, acoustic pop kind of vibe. I wanted to dabble in a few other styles as well.

JN: What is one thing you want fans to know about your personality?

LK: I’m one of those hippy types that want to sit under a tree in the wilderness and make baskets but living in the city and being creative I do my best to make the two worlds collide. I feel like I am on the edge of the world in the music industry but I feel very luck to share my music with people.

JN: See? I feel like I know you better already.

LK: Good. Yes, I’m a vague forest dweller. [laughs] That is just part of me!

JN: Are you based out of Australia now?

LK: Yes, I am. I am trying to be and in Sydney at least half of the time. When I was pregnant I had a huge yearning to go back. I had been in the United States for five years. I missed my parents, my old life, and our wonderful free hospital systems!

We now live in a beach suburb in Sydney. A lot of the time I live a regular full time mom life, just chilling out with my toddler and taking her to the playground. I pop into the studio when I can. There are also times like now when I am coming here for work and I am based in America for the summer. My husband is here as well. He works from home. We have the kid and will find a nanny when I tour for little stints.

For the Chicago show I will fly from New York where we will have an apartment. Then I will make my way back from New York to Virginia. It is that kind of family life that I try to keep afloat.

LK: So far so good. All my mum’s friends are jealous that I get to go off and hang out at hotel bars!