If Jinx Titanic does anything - he smokes cigars on stage 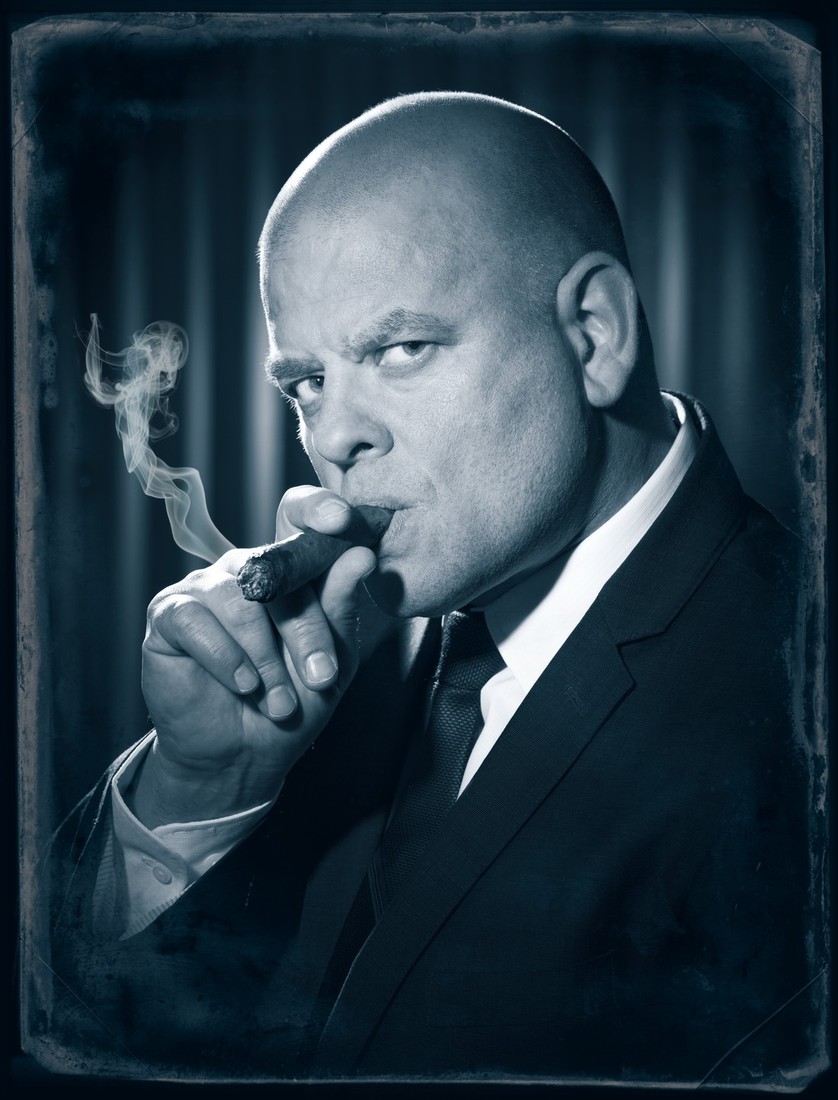 Jinx Titanic slays them in the aisles

John Kamys’ alter-ego Jinx Titanic has been a fixture on the Chicago (and international) music scene for years. His queercore band Super 8 Cum Shot was a dominant force during the early years of the 21st century before its moniker morphed into the more radio-friendly Jinx Titanic. Now going by the still sexy, if somewhat subtler Jinx Titanic and the Lady Killers, the group embraces a retro roots rock sound with a warm bear hug. Jim DeRogatis of Sound Opinions digs them, so how can you go wrong? I spoke with Jinx about the band’s new album, I Killed Juanita (jinxtitanic.com) in late October.

Gregg Shapiro: I Killed Juanita (jinxtitanic.com) is the second studio album by Jinx Titanic and the Ladykillers. What can you tell me about the evolution of the band’s name?

Jinx Titanic: With our first release Mister Casanova, I wanted to show the world that Jinx had classed it up, smoothed things out, turned on the charm. I traded jockstraps and boots for nice suits and wingtips, bottled beer for single malts, and cussing for the appeal of innuendo. So I had to call the guys something nice, something besides Super 8 Cum Shot [laughs], our former band name. One day I lined ‘em up, gave ‘em the once-over and thought, “These guys ain't bad looking, and when you dress ‘em alike, they're down right sexy.” Since they can lay it on pretty thick themselves, I figured calling them the Ladykillers would be a safe bet. It stuck. I like it. They like it. And so it is.

GS: The music scene is currently overrun by EDM (electronic dance music) excess. Is the retro roots rock sound and style of Jinx Titanic and the Ladykillers a reaction to that?

JT: I like EDM, I like to dance, but what comes out of me most naturally is the type of writing and arrangements you hear on my recordings. My music career - meaning when I actually started getting paid for work - actually began with programming electronica. It was cheap to work that way and a great vehicle for experimentation. While work in that area can be exhilarating - nothing that can happen in that realm has ever surprised or moved me the way people playing instruments together can both surprise and move me. I love working with a band! I love the collaborative process. Plus, the Ladykillers and me  - we got that mind reading thing going on [laughs].

GS: Are there specific bands that you look to for inspiration for Jinx Titanic and the Ladykillers songs?

JT: The old timers – Narvel Felts, Wanda Jackson, early Elvis, John Coltrane, James Brown, The Mills Brothers, The Everly Brothers,  The Andrew Sisters, Louis Armstrong, and the list goes on and on and on. Every song we play is, in a sense, a hat tip to the past. If you listen closely there are musical jokes and references all over the place. “Boomerang!” sounds nothing like a Cole Porter song but in it there's a pretty strong allusion to “Just One Of Those Things.” “Take It Off” from Mister Casanova ends with the tag "That's Nice," which is just what Rosemary Clooney does at the end of 1952's “Botch-A-Me.” We love those kinds of things. Yet, while we embrace the past, our subject matter and drive is firmly present and forward thinking.

JT: I'm a laughing more than I'm crying type of guy. Even at times most people would be crying I find myself laughing. I delight in the absurdity of human relationships, and human sexuality. That's what I write about - human relationships and human sexuality. This exploration constantly entertains me. I figure if I can entertain myself throughout what is sometimes a long writing process, then hopefully, the writing will also entertain someone else. I've never set out to be a humorist or even funny for that matter.  I think the humor in my work comes from simply being honest. That honesty, very often, makes people smile.

GS: Catherine Smitko can be heard on the duets “Boomerang!,” “Since You Said Goodbye” and “What Do You Mean, What Do I Mean?," as well as singing solo on “Too Much To Show.” What is about Catherine that makes you enjoy working with her?

JT: The short answer is - everything - and that includes all those things that people say about great artists. She is giving, compassionate, professional, thorough, detail-oriented, supportive, kind, experienced, true to herself and to her art. I am not gushing; these are facts. We have sung together in some capacity for more than 15 years. I've written music for her for equally as long - and we've been together in the same band since 2012. All that time, all those things, make for quite an intimate  and special relationship; probably one of the deepest in my life.

GS: Do you feel like you’ve met your match with Miss Smitko?

JT: Are you kidding [laughs]? She can knock me over and send me crying home to my mama with one note! When you work with Miss Smitko you have to stay on your toes! That's one of the best things about our relationship - it keeps me on my toes!

GS: “Weeki Wachee Wow!,” an homage to classic surf music, is closer in spirit to Dick Dale than the Beach Boys. What was the inspiration for that song?

JT: When I was a little kid, there were all these commercials on TV for Weeki Wachee Springs, a State Park in Florida that boasted live mermaids. Live Mermaids [laughs]! To a kid growing up on the Northwest Side of Chicago, live mermaids were pretty darn exotic, as was Florida. Those commercials made me say "Wow!" The excitement and promise of a place so fantastic has stuck with me my entire life. I've never gone to visit Weeki Wachee Springs - I think I'm afraid to break the spell. But I imagine it vividly [laughs]! “Weeki Wachee Wow!” is about an encounter with an enchanting mermaid! A real live mermaid who does a special Weeki Wachee Mermaid kind of dance! Slipping into the surf (sound) for that song was a no brainer.

GS: With the recent positive changes in U.S. and Cuban relations, does the retro sound as well as the Latin influence of “El Lamento de la Piñata” mean that Jinx Titanic and the Ladykillers will be booking concert dates in Cuba?

JT:  We would play Cuba in the beat of a Corazon [laughs]! Everyone in the band is a great fan of the Cuban Cha Cha Cha! And, c'mon, if Jinx Titanic does anything - he smokes cigars on stage [laughs]!

GS: According to the album’s title, you killed Juanita. How exactly did she die?

JT:  Who said I killed her [laughs]? Have you seen the look in the eyes of that hot mama on the cover of the recording? The truth about Juanita's death may not be as exciting as the mystery surrounding it. Time will tell. This may not be the last you hear of Juanita. Perhaps we can just leave it at that for now.

GS: Finally, where does Jinx end and your alter ego John begin?

JT: Probably somewhere near the end of Interstate 57.