The responses online from people who are going through the same thing has probably been one of the most gratifying things I’ve done in my career. 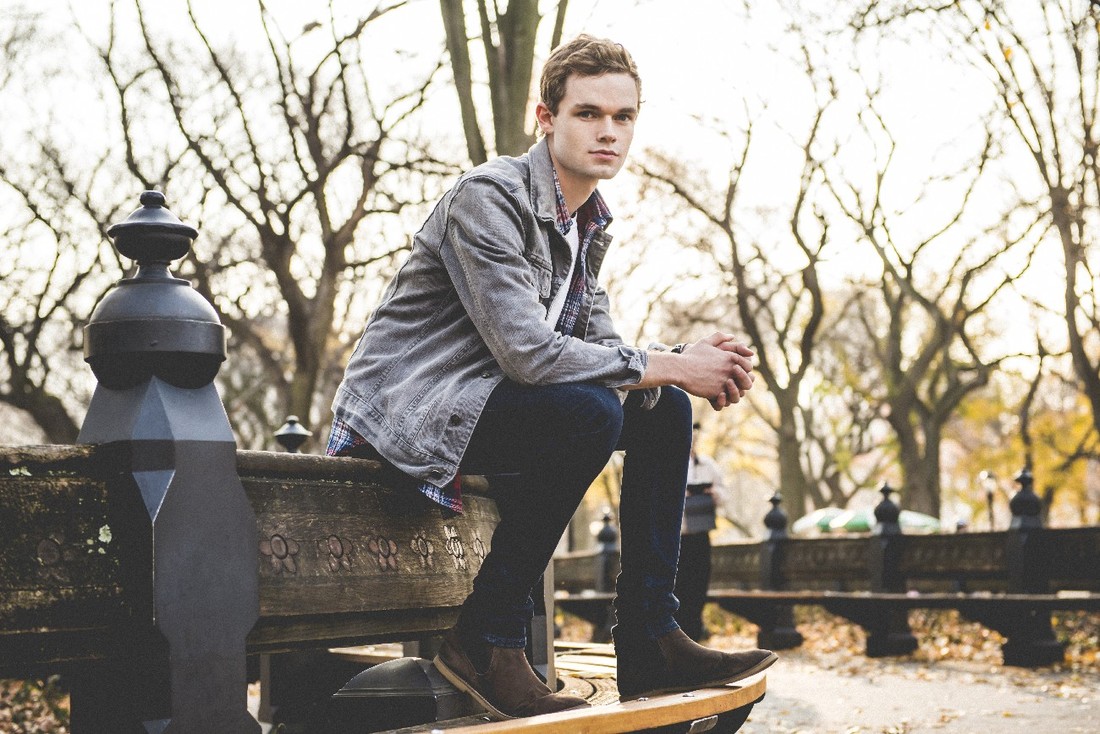 Wise beyond his 18 years, with talent to boot, James TW’s aptly titled debut EP First Impressions (Island) make a good first impression indeed. From his respectful cover of the Natalie Imbruglia hit “Torn” (released the year TW was born), to empowering originals such as “Different” and “When You Love Someone,” he is an artist who definitely knows how to reach his audience and uplift them when necessary. Discovered, if you will, by label-mate Shawn Mendes (of “Stitches” and “Something Big” fame) with whom he is currently on tour, James TW is off to a strong start. I spoke with James in July 2016. [James TW performs at the Rosemont Theater in Rosemont on Aug. 5.]

Gregg Shapiro: James, if you don’t mind, I’d like to begin with your name. What was involved in the decision to perform as James TW, as opposed to James Taylor-Watts?

James TW: Well I guess the first thing was my dad named me after James Taylor. Although I think it’s very cool to kind of have that in the back of my mind, and that people might recognize that, I think in the beginning it was about when I was uploading YouTube videos and wanting people to find me. I did start as James Taylor-Watts. People would search it and all that would come up is James Taylor [laughs]. To avoid that, we just went with James TW. That’s the honest answer, really.

GS: Thank you for being honest. You co-wrote five of the six songs on your First Impressions EP.  What can you tell me about your songwriting process?

JTW: The process usually starts with concepts for me. I’m usually a lyrical guy first. In my phone I always have 10 to 20 different song ideas. One of the songs on the EP is called “When You Love Someone.” It’s about parents getting divorced. That was simply written in my phone as “parents explaining to child that they are getting divorced.” When I feel inspired to write about one of the ideas in my notes, I’ll have a search through, find the one I like the best and try and come up with some chords to it.

GS: As I mentioned, you co-wrote the songs. What do you look for in songwriting collaborators?

JTW: That’s a good question. I play different instruments – guitar, piano and drums. I’m very interested in songwriters that are also musicians. I find myself a lot of the time deciding where the chords and music are going. If I can write with someone who can take a chord sequence in a different direction then I value that very much. Really, it’s about having good chemistry with someone. The people I enjoy writing with the most I’d quite happily go and spend time with them outside of the studio, too, or just chill with them.

GS: You mentioned James Taylor. Who do you consider to be your biggest musical influences?

JTW: If we’re talking throwback influences, James Taylor is there with Bill Withers, Otis Redding and Marvin Gaye. It’s all about the soul guys. Donnie Hathaway. I love their voices. More modern influence – I love Norah Jones, I love John Mayer. Live, I think I take a lot from Ed Sheeran. I guess they all have a singer/songwriter quality to them. But I am a sucker for a soulful voice

GS: The lone cover on the album is the song “Torn,” which was a hit single for Natalie Imbruglia. What is the significance of that song to you?

JTW: I was having a chat with my label. We wanted to include a cool cover. We all went searching and we found “Torn.” “Torn” was released the year I was born. I obviously can’t remember it from when it was released. But I always liked that song a lot. I was keen to try my best and cover it. I got together with a producer called Jordan (Orvosh) and he took my acoustic demo of the song that I had recorded and turned it into its own thing. We had a good crack at it and people are responding well to it.

GS: You mentioned “When You Love Someone,” a song I heard you perform when you opened for Shawn Mendes at the Mizener Amphitheater in Boca Raton Florida. You said the song was written for a music student of yours whose parents were going through a divorce. Do you know what the student’s reaction was to the song?

JTW: That’s a tough question. I don’t know. I don’t know if he’s heard it. I’m not going to bring the song to him. What I do know is that it’s helped a lot of other people that I’ve reached. The responses online from people who are going through the same thing has probably been one of the most gratifying things I’ve done in my career. To write a song of that ilk that is helping people that I’ve never even met before; that’s an amazing feeling.

GS: You switched from acoustic guitar to electric guitar when you played “Sanctuary.” Do you have a preference for one over the other?

JTW: I’m always fighting between the two. My favorite to play is electric. Acoustic is where I’ve come from with James Taylor and people like that. But there is time for me to grow.

GS: “Different,” a song about standing out, being who you are and not changing that, is a wonderfully empowering message, especially for an audience such as yours, which includes a lot of pre-teen and teenage girls. Would you say that also applies to your young queer fans, many of whom I also noticed in the audience at the show?

JTW: Yes, definitely. Everyone goes through insecurities; even me. I was kind of writing songs for myself as well as other people. Growing up, whether it’s school or everything that you’re going through, it’s changing. You have to remember to just be yourself, and that’s what that song is about.

GS: You took a video of the audience at that show. Is that something that you do at all of your concerts?

JTW: Yes, I do. It’s very fun. It means that people at the show can go and try to find themselves in the videos. I like to keep the videos for myself, too.

GS: How do American audiences compare to audiences in other countries in which you’ve performed?

JTW: [Laughs] that’s a good question! I think the biggest difference is sometimes, if I tell a joke on stage, it depends on the humor of the audience. Sometimes the joke will go way better in America than in Europe, for example. I guess you have to be careful about people’s sense of humor. I guess the only difference is when I play covers. Sometimes a song is huge in America and it’s not a big in the UK or vice versa. In my set, I do (Flo Rida’s) “My House” or (Justin Bieber’s) “Sorry,” I’d say that generally has gone down better in America than in Europe. “Sorry” was a big song everywhere, but “My House” was definitely a bigger song in America.

GS: Finally, James, When can we expect a full-length album from you?

JTW: I’m going to be honest, I’m not sure yet. I released the EP and I’m touring it. I’m kind of all over the place with recording new songs which I’d like to be on the album. I think people can expect more music after the tour in November or around that time.