The casting gods have to be with you. 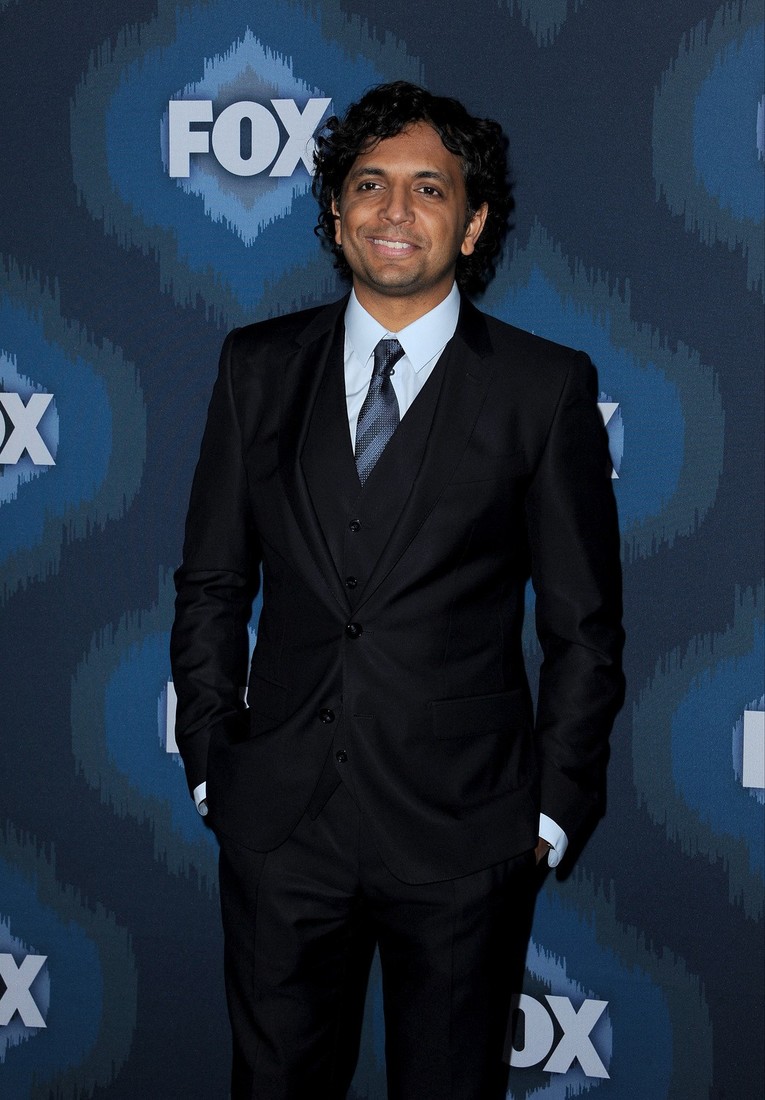 Film director M. Night Shyamalan has scared audiences with movies such as The Sixth Sense, Signs, and The Village. His latest endeavor moves him to the television with Wayward Pines on Fox.

It tells the story of a government agent played by Matt Dillon investigating the disappearance of two fellow agents in the mysterious town of Wayward Pines. His character, named Ethan Burke, awakens in a car accident unable to reach the outside world. He finds one of the agents dead and the other Kate Hewson, played by Carla Gugino settled down in the town. Terrence Howard plays Sheriff Arnold Pope who enforces the rules with anyone trying to escape punished by public execution.

We talked to the talented director right as the new series began.

JN: (Jerry Nunn) What turned you on to Wayward Pines in the first place?

MNS: ((M. Night Shyamalan) It’s a really wonderful question. I’ve been hesitant about doing things other than movies for a while and very tempted to do something on TV. It was a tentative ride, got to the altar a few times and found a reason to not do other projects. I felt a little bit like maybe I will never feel the clarity of the decision that I feel when I do most of my movies, when I do an original that I’ve written, a thriller or something. I always feel a great clarity and a commitment to how I want to put in this time. I can’t wait to do this for the next year and a half to two years and I wondered whether I would have that clarity.

It’s been a while, maybe a year and a half of trying to find something that felt right to start the journey in TV, and then the pilot for Wayward Pines came across my desk and I’m really, really lucky that it did and lucky they chose me as their first choice and just that they thought of me and it just fit so well with what I was interested in. I was interested in doing dark material and doing, for me, a dark humor attached to that material and certainly the pilot had that approach. As it entered this world of mystery and stuff and suspense it took a dark irreverent tone to it. If you’ve seen the trailer to my new movie for Universal, that also has very inappropriate dark humor throughout. I’m a big fan of that and I’m in that headspace, so this pilot really spoke to me and it was such a great puzzle and a great mystery. And, ultimately, when you find out what’s going on, I thought meaningful, so it was a really easy decision.

JN: Did you stick closely to the books when adapting the show?

MNS: In our case, we had Blake Crouch's first book, which was fantastic, and they wrote the pilot and the information from the first book was basically in the five episodes that you saw, maybe a little bit into the sixth episode that you’ve seen. The decision to basically get to the reveal midway through the season was something that I felt strongly about, and everybody concurred that we didn’t want to have more the traditional format of tease, tease, tease, and then at the very end tell you the answer, because I thought the answer was a very exciting world to live in. Subsequently, as we started to write episodes, Blake continued to write books. Book two came out well into our shooting and book three, so he started to evolve the world. So to some extent, we were parallel creating our world post episode five and six.

JN: How was casting this show? Melissa Leo stands out in particular as the nurse.

MNS: Casting for me is the most critical thing. I’m always confused at the onset. I have my aspirations and my agendas and love to work with this person or that person but those kinds of things can be false gods sometimes. They can lead you down to the wrong path. There’s a moment where you feel peace and that peace comes from when you know the personality of the entire cast put together.

So the first person was Matt Dillon. We signed on Matt and he was literally a no-brainer. I was, to be honest, a little confused for a second about how to cast this thing. I can’t remember who mentioned Melissa first. It might have even been Matt. I’m not sure and literally when I heard the name I went “Oh my God, I know exactly how to cast this show.” Because the role for me that I was worried about was Nurse Pam because it needs to be handled really deftly, otherwise it becomes a caricature.

So then Terrence Howard came on and Carla Gugino and Toby Jones and Juliette Lewis, and just one after the other. I just knew the tone of how to cast it and luckily for us everybody said yes. It was a confluence of many, many things that got us this incredible cast.The casting gods have to be with you.

JN: There has been a rise in scary and thriller television shows. What do you think is responsible for that?

MNS: It’s always been there I guess, but perhaps the format of a mystery just naturally leans towards tune-in and find out what happens next kind of agenda on television, and there’s great storytellers that have done great mysteries. Lost is probably a seminal one, and X-Files back in the day. There’s all these stories of dark, mysterious, weird stuff. As you know, that’s my particular area of fondness.

I try to make dramas that have the fancy clothes of the genre on them. So a mixture of those two and that instinct to make that genre feels very much the appetite of what audiences want on television.

JN: Why do you think your series in particular will resonate with viewers?

MNS: I do believe that it has, hopefully, a cinematic quality to it. And by that I mean maybe an attention to the camera work and a pacing that might be more akin to what you might see in film. Certainly the cast in general was a cast that you might see more in film. It’s a giant idea. It’s like one of those Jurassic Park kind of ideas and I can’t take any credit for that. That’s all Blake. I’m super lucky to be able to be the one to shepherd it to the audiences.

I think our format is really unusual. It excited me in making it. The thing that I think is really amazing for audiences in that the show changes genres halfway through the season. I don’t even tell you what genre you’re watching for a long time and that’s exciting and the kind of storytelling I love.

JN: Can you talk about the movie you have coming out at the end of this year?

MNS: Yes, it’s called The Visit for Universal. It was a wonderful thing. I made a small movie. I do all my movie in Philadelphia. I went and made it myself quietly. My number one choice is Universal and showed it to them. They wanted it, loved it, and then we finished it together. I’m really excited for audiences to see that movie. My producer is Jason Blum, a super smart guy, and we just had such a great time. I feel super proud about the TV show and the movie. So a fun year coming up!

Hit the Pines every Thursday on Fox or Fox on Demand.