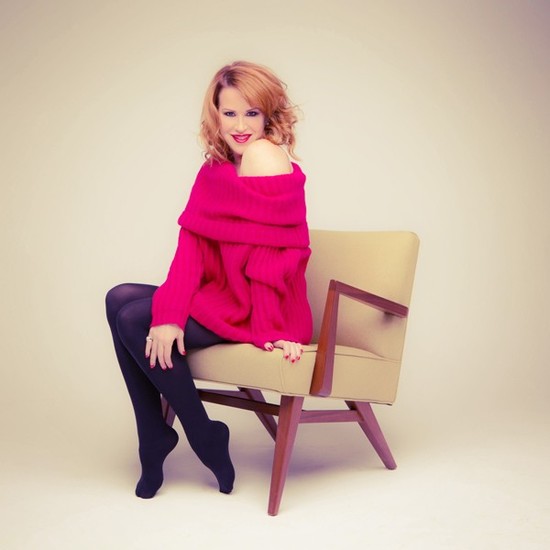 The name Molly Ringwald will probably mean something different to you depending on how old you are. If you were a movie-going adolescent or adult in the early 1980s, Ringwald began making a strong impression on audiences in Paul Mazursky's Tempest, followed by the double whammy of the late John Hughes' Sixteen Candles and The Breakfast Club, not to mention Pretty In Pink. Younger folks, who might have tuned in to Different Strokes and The Facts of Life, just prior to that, will remember her as Molly Parker on both shows.

Ringwald's reign as the Queen of the Brat Pack ended by the late 1980s, although she did continue to work regularly in film and on TV. In the late 2000s, following a second marriage and motherhood, Ringwald had a full-scale career comeback, including stints on Broadway, in the TV series The Secret Life of the American Teenager. But, as you're about to find out, there's so much more to Ringwald than all that.

Ringwald is the author of two books, most recently the stellar When It Happens To You: A Novel in Stories (due in paperback in May 2013). She is also quite a singer, and has been performing since she was a child, both on stage in musicals and with her jazz musician father's band. Her first CD, Except Sometimes (Concord), released in April 2013, does a terrific job of introducing listeners who might have been unfamiliar with that side of Ringwald, to a talented vocalist and skilled interpreter of other people's songs. I had the pleasure of speaking with Molly before the release of the disc.

GS: (Gregg Shapiro) Molly, I'd like to begin at the end of your CD with the closing track "Don't You (Forget About Me)." The song is best known through its association with the movie "The Breakfast Club," in which you starred, and your jazz-vocal rendition is inspired and delightful, revealing a whole new side to the song. Whose idea was it to include it on the disc?

MR: (Molly Ringwald) It was my idea. We were recording the album

not long after John Hughes had passed away. He was obviously on my mind a lot. I wanted to do something, some kind of tribute to him. Peter Smith, who is my co-producer, arranger and musical director and pianist did the beautiful arrangement. I wanted to completely rethink the song, do it as a ballad. He came up with those beautiful chords behind it. I said I wanted to make the song almost unrecognizable [laughs]. That's what really excites me about doing covers, when you completely rethink them. That's how it came about.

GS: I think you do the same with "Sooner or Later," another song with a movie connection ("Dick Tracy"), which was written by Stephen Sondheim. With so many Sondheim songs from which to choose, how did you decide on this one?

MR: [Laughs] I was actually one of the actresses being considered for that role. My agent was called about (my) availability and Warren (Beatty) was a big supporter of my singing when I used to sing with my dad's jazz band. In the ‘80s, he would always come out and hear me. I was really disappointed when I didn't get the part. I think (recording the was) was a matter of, "God damn it, I'm going to sing the song no matter what" [laughs].

GS: One of your earliest acting roles was in a production of the musical "Annie" and in recent years you played the leads in revivals of "Cabaret" and "Sweet Charity." Does that have anything to do with why you chose to include songs from stage musicals, such as "I Believe In You" (from "How To Succeed in Business…") and "Where Is Love" (from "Oliver")?

MR: "Where Is Love" has always been one of my favorite songs. It's also another role that I was being considered for [laughs] and I didn't get when I was a child. It came right down to me and this little boy and the little boy got it, probably because he was little boy and I was a little girl. I always loved that song and it's a song that I sing to my kids before they go to sleep. I think it's a really beautiful ballad. Each song that I chose has some kind of special meaning. In terms of them being from Broadway musicals, just about every song from the Great American Songbook was either written for a Broadway musical or a Hollywood musical because that was our popular music of the day. Which is kind of crazy to think of now.

GS: Is there a concert tour in the works?

MR: Yes. It's going to vary. Generally, I think it will be me, Peter and bass and drums. Hopefully, we'll be able to have the sax in their sometimes. It really depends on the venue and the space and people's availability.

GS: Have you started thinking about your next album?

MR: I have, yes. It's always hard not to think ahead. There are so many new songs that we're working on that I love. I'm sure there'll probably be another album.

GS: In the acknowledgments in your new book, "When It Happens to You," you include Joan Didion. How much of an influence do you consider her to be and who are some authors who inspire you?

MR: Joan Didion has always been a huge influence. I don't know if you would necessarily see it in my writing, but I think she and Raymond Carver, more than anyone, have influenced me in terms of their economy of language. It's something that appeals to me. In terms of other writers, I recently discovered a writer and I'm kind of shocked that I hadn't discovered him until now. He has shot all the way up to my top five, and that's James Salter. I just read a book that he wrote called Light Years that really blew me away. And I'm about halfway through his new book that came out in April. He's one of my new favorite writers.

GS: "When It Happens to You" is "a novel in stories." Which story came first and when did you know that you wanted write more about the characters?

MR: The story that came first was actually, "The Harvest Moon," the first story that appears in the collection. Originally, I had the idea to write a collection on the theme of betrayal, which was what was interesting to me. Thinking about something that sort of connects us all. I thought that it was a very rich subject. I started it with this marital betrayal. As soon as I wrote that story it came out a lot longer than I had anticipated which meant that I was going to have to rethink the other stories. Originally, I had intended to write quite a few stories and have it be a lot shorter. But it didn't turn out that way. Once I wrote the first story I realized that I wanted to stick with those characters and write around those stories and find out how they had gotten there. That's when the novel in stories idea came to take shape.

GS: As an actress, as well as a writer, while you were writing the book, were you also envisioning it as a movie,

and if so, who were you thinking of in the various roles?

MR: I didn't really see it as a movie while I was writing it. I only saw it as a book. Movie form, for me is so different than prose form. If I had thought of it that way, it might have changed the way that I wrote it. Of course, once it was done and I find myself still thinking about the characters and many people have mentioned that they thought that it would make it good movie, I started to think about it as a film. But the form would have to completely change, because it's not written as a screenplay. In terms of who I see in the characters, there are different actresses that I like. Of course, I would like to play Marina [laughs], who is the only redhead. I had to write one redhead in there. In terms of Greta, I see somebody like Sarah Polley or Michelle Williams. Somebody smaller than me; I'm quite tall. I've always seen Greta as somebody more petite, but with a very intelligent face. I think both of those actresses' intelligence radiates through. It also has to be somebody who is able to say a lot but their face. A lot of what goes on with Greta is very internalized.

GS: "My Olivia" is one of the stories from the book that really stayed with me. What was the inspiration for that story?

MR: That's nice to hear. They were a couple of different inspirations. The first is that I have people in my life that I know are transgendered adults. Most of them are artists and they are flourishing in who they are, now. But I often thought about everything that I didn't see, when I didn't know them, what it was like with their families and how they became the person they were, and the choices that their parents made. I also came at it as a mother of three children, and what I would do in that situation. Thirdly, my daughter went to preschool with a child I'm quite sure is transgendered. Actually, three different children, come to think of it. Two were boys who were obviously going to be girls growing up. One of them was a girl who identified as a boy. It was interesting to watch the parents struggle with that and come to terms with it. One of them was coming to terms with it and, I think, doing everything right. The other one was struggling in a way that I don't know what's going to happen. I think all of those were my mind a lot and were interesting and intriguing to me. I felt like I wanted to explore that in writing.

GS: You did a wonderful No on Prop 8 PSA a few years ago and you received an Equality Award from Equality California and I would imagine that as an actress, both in theater and in film you probably have a fair share of friends in the LGBT community. When did you become aware of a following in the LGBT community?

MR: I don't know exactly when I became aware of it. I feel like I've been in the community for so long it's hard to say. I suppose I really became aware when I was doing Cabaret in New York. But it's just been something that's been building. A lot of it has to do with my outspokenness for the cause. I think that really touched a lot of people. I've tried to show up as often as possible and done a lot of work for AIDS and Housing Works and AmFar. It's definitely a mutual adoration [laughs].