Near and dear: interview with Holly Near 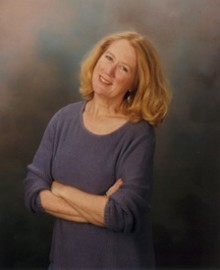 On her new double CD release Peace Becomes You (Calico Tacks Music), singer/songwriter and activist Holly Near draws on the various influences and inspirations of her musical career to create a song collection to satisfy her diverse audience. Standards from the Great American Songbook and songs of protest sit comfortably alongside compositions by women's music legends (including those by Near herself) and a few modern pop tunes. It's to Near's credit (and years of performance experience) that she's able to be so versatile when it comes to her musical selections. Few other artists would be able to pull of such a move and it sounds perfectly natural when Near does it. As committed as ever to fighting the good fight, Near, who has long been lending her voice to a variety of causes and movements, including peace, environment, women's and feminist, and, of course, LGBT, took time out of her busy schedule to answer a few questions in early 2013.

GS: (Gregg Shapiro) Peace Becomes You opens with the musical statement of "One Good Song," about the current condition of radio. Do you think that being a singer/songwriter, with an array of your own good songs, just exacerbates the situation?

HN: (Holly Near) I can certainly be driving along listening to pop radio. I think there's some great writing on it. With a song such as "One Good Song," you run the risk of sounding like you're throwing out the baby with the bathwater [laughs]. But I must say that when I sing it to the audience there is great laughter. People are relating to the frustration, in particular with that kind of Rush Limbaugh talk radio. Everything from mundane to dangerous conversation is taking place, perpetuating a certain kind of hostility that our little planet can't afford right now. At some point something's going to happen, and maybe it will be a meteor, to make us more communitarian on a planetary level. There are going to be people who take that seriously. And there's going to be others, by nature, who are not [laughs], who have more fun stirring it up. I think the laughter that comes from the audience is that they relate to the contradiction in some way.

GS: "One Good Song" is the first of three tunes that open the disc with the word "song" in title – the others being "Because of A Song" and "Because of A Drum and A Song." What was the thought behind that?

HN: Nowadays people will put their songs in any order they want. They can buy a song off an album from iTunes and not know the context at all. I was trying to investigate this work that I've been in all my life and what it meant to me and why I keep doing it. I seem to be connected in a very deep way to song. There are musicians who are deeply connected to the profound nature of music itself. I'm more connected, in some ways, to the storytelling when it is connected to music. I'm not John Coltrane. I'm very connected to the stories and the words and the relationship to the audience. Someone once asked me if I would be a musician if no one was listening. My answer was no. To me it's completely about my relationship to the audience, investigating that and asking questions. I feel, as a poet and critical thinker, I want to use music and language and art to say that to someone.

GS: Because the double disc Peace Becomes You set draws on an array of musical styles – from your original compositions and collaborations to covers of standards to traditionals to songs from the realm of women's music – all of which you have delved into on previous releases, does this recording feel to you like your most complete musical statement?

HN: You ask such good questions [laughs]. I would say that I moved towards all of those different styles off and on throughout the last 40 years. What I would say is that I do it better now than I did before. If I made another one, I would hopefully do it better yet again. What's frustrating to me about recording is at the moment I record a song, I know something more about the song and I want to do it again. The producer in me has to say no, you've got it, that's the moment it's going to get recorded. It doesn't matter if you can go back in and do it from a wiser point of view. With live work, you have another chance the next night. I would say that to the best of my abilities this last recording was trying to put forward as much as I know right now.

GS: Because you are so closely associated with women's music, when it comes to selecting songs to cover, as you did with Ferron's "It Won't Take Long" and Cris Williamson's "Waiting," how do you choose songs, many written by your friends, without making anyone feel left out?

HN: Ultimately, the song has to feel okay coming out of my mouth. I've been on the other side of this. I've been friends with Bonnie Raitt for quite a long time and I gave her a few songs and she has never done anything by me because it's just not the way she sings. What I write doesn't feel right coming out of her mouth. I learned not to take that personally. Friendship has nothing to do with it. All I can say to my music friends is that if I don't cover one of their songs it's either because I never got around to it or it didn't feel right coming out of my mouth. I hope that none of them take it personally.

GS: You mention Bruno Mars in "One Good Song" and you do a cover of the Gnarls Barkley tune "Crazy," so it sounds like you are doing your part to keep up with what is musically current.

HN: You have to understand, that unless they bring their children and grandchildren, it's a fairly older audience. It's always entertaining for me to find out what they know and don't know. They certainly know CeeLo Green. Maybe it's because of The Voice or maybe they've known him from before. Everybody seems to know the song "Crazy." When I sing that song, my audience hears something different in it. There are lines in the song that when I sing them, they hear it in the context of all of the things that we have done as a social change community. They wouldn't hear it that way when CeeLo sings it or others who have recorded that song. That's what's so lovely about people singing each other songs.

GS: I'm glad that you mentioned social change because a lot has occurred on the political front, in the time between 2006's Show Up and the more uplifting Peace Becomes You. Yet, you haven't put your activist voice to rest, as we can hear on "Jump Jump," "In The Shadow of War," "There's A Meeting Here Tonight" and "We're Still Here." Do you think there will ever come a time when peace becomes everyone?

HN: No, I don't. We are an animal, we're a species. We have mental health issues, we have addictions, we have poverty. We have inequity in education and opportunity. It's very hard to find peace. There are people living in the most complicated environments who somehow inside themselves are able to come through it. There are people who live with the most privilege, the most opportunities, the most education, who will commit suicide, are on heavy antidepressants and are very disturbed. What is it that gives someone that inner core? How do we come to it? How do we work towards it? I think were a fragile species and I don't know what will happen to us. First of all, there are too many of us now. I can't believe people are still having five, six, seven children. What are they thinking [laughs]? What right do they have, in these times, to have more than their share? I don't know what we'll do with us. I don't think it's all political. I think there's some part of it that's just who we are as an animal. I don't know how we'll turn out, how the story turns out.

Holly Near is performing Apr. 19 at City Winery on Randolph.