How to make a documentary about AIDS: an interview with David France, director of How to Survive a Plague 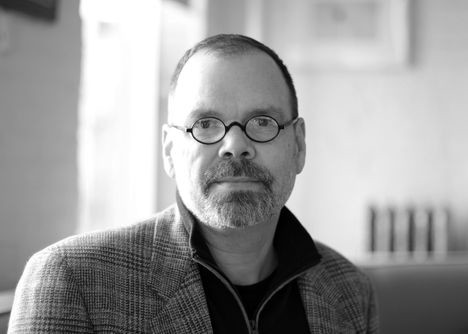 Writer and filmmaker David France's film debut, "How To Survive A Plague" is turning out to be one of the most acclaimed documentaries of 2012. France, previously best known for his book "Our Fathers," about the sex abuse scandal that plagued the Catholic Church, turns his attention to another, insidious plague – AIDS. Combining a stunning and groundbreaking array of period footage with interview subjects including Larry Kramer, Dr. Mathilde Krim, Gregg Bordowitz, Jim Eigo and many others, France creates a dazzling cinematic quilt of survival. I spoke with France about the film in Sept. 2012.

GS: (Gregg Shapiro) Among the most fascinating period footage to be found in How To Survive a Plague is the segment shot at an underground drug trial. What was involved in the compilation of vintage footage such as that?

DF: (David France) Well, you are the first person to pick up on that piece of footage. I was thrilled to find it. There was so much going on and the community was trying anything in these really illegal drug trials. It was the first time ever that a community of patients was resorting to such a thing. I don't know if you remember Laetrile, which is a drug they were trying to take when they had cancer. Coming out of Mexico it was like the pits of peaches or I don't remember what it was from. But that was just people desperately taking medication. This was an effort to actually do the drug trials. There were review boards for it. Informed consent was brought to bear in it. So it was really interesting. That somebody had a tape of it – I couldn't believe it, I couldn't believe my luck when I found that.

GS: It's truly breathtaking footage. The title of the doc indicates that the film takes a very different approach to the AIDS crisis, than say "We Were Here," for example. What was involved in deciding to take the "how to" approach?

DF: The bigger goal of mine was to tell a story, to tell the other side of the story of what those plague years were like. I think that many accounts have been put together, both fictional and nonfictional, about how tragic that time was. Anybody who had gone through it knew also that it was a time of incredible agency on the part of the community. There was a huge growth in power and knowledge and creativity. It's a revolutionary impetus that changed the country. It changed healthcare in America. It changed the role of gay people in America. It left this totally transformed country behind. I wanted to tell that part of the story. I understand why people hadn't done it before, because there was so much suffering and we needed to honor that. I didn't want to undermine that, but I wanted to be able to say, look a lot of good came from AIDS along with that awful tragedy.

GS: The survival aspect of the title really hits home in the scene where someone say "in the absence of adequate health care" the community became its own "clinicians, researchers, drug smugglers, pharmacists," librarians, even going so far as to write a treatment agenda. Before making the film, how aware were you of this level of community activity?

DF: I was very aware of the underground stuff. The underground drug distributions I had covered. I had friends who relied on those distributions for medication. At one point when my lover died, I did what many people did which was I carried what was left of his experimental drugs over to the People With AIDS Health Group so they could distribute them to people who were still alive. There was this active underground that the authorities were just allowing to exist. Because they existed, people had some hope and had some belief that something was being done. Ultimately as Derek Link says in the film, ultimately those drugs didn't do any good. It was like the Laetrile of the time.

GS: It was all trial and error unfortunately.

DF: Right. And that's when they started doing actual drug trials. The Compound Q trials, which is what you saw in that basement, was drawn up by academics and the idea was, we're going to see if this works, instead of just giving it out over the counter. Let's see if it works. Of course, it didn't.

GS: Now as you said, too, about not just the drug trials, but also the activism that arose from it. People outside of the community also learned many valuable lessons from the response and from ACT UP.

DF: Absolutely! Every aspect of health activism today and any other disease is based in part of the model of ACT UP.

GS: As someone, not from the community, notes in the doc, they elevated themselves by self-education, by standing up and fighting back. Do you think ACT UP, TAG and other groups within the LGBT community ever got or will ever get the recognition they deserve for the changes they helped to effect?

DF: Not yet. When you think about it, this film is the first to acknowledgement of that. People who have watched the film have left it saying, they deserve a Nobel Prize, their contributions were that fundamental that they really should be considered at that level.

DF: I have seen it. It was made by Jim Hubbard who is one of my producers. So we worked closely in tandem on the films. "United In Anger" was his effort to paint a portrait of an organization. The subject of his is ACT UP; while mine is about that group of people who were instrumental in bringing about the drugs. And Jim was also my friend during the years covered in these films. He and I were roommates. We're old friends.

GS: So what do you think it says that both of these films are coming around now?

DF: I think that there's something to be said for the imposition of time after a crisis like that. To think about it, a lot of the really powerful and lasting literature about the Holocaust started appearing about fifteen years later. There was some really powerful and engrossing work that was produced at the height of the Holocaust or discovered, as with Anne Frank. But really, the thinking, the processing, it took some time to look back and make sense of witnesses' accounts of that period and to try and understand not just what happened, but what it meant. That's the mission that I set myself on when I started working on "How To Survive A Plague."

GS: The late Bob Rafsky is something of a central figure, not only in the fight against AIDS, but also in the doc. Why did you choose to focus so much time on him?

DF: Each of the characters that I focus on or follow, had on thing in common, they were AIDS treatment activists. But I selected individuals based on what role that they played in the organization. Bob was really like the prophet. He had the ability to contextualize the pandemic in a way that made others understand it.

DF: He was the kind of person who would go into these demonstrations, taking over offices, meeting with scientists. When everything broke down, he was the person who would pull up his pant leg and show his Kaposi's sarcoma lesions and say. "Look, this is about death and not about politics and not about money and not about anything else." And you see him developing throughout the course of ten years, you see the refinement of his oration. He's like a rabbi. He was a stunning character, he really was.

GS: Something else that stood out for me in the doc was the use of the late Arthur Russell's music, which might be because I recently saw gay filmmaker Ira Sachs' new movie "Keep The Lights On," which also utilizes Russell's music.

DF: That we didn't coordinate.

GS: But, it's a lovely coincidence, isn't it?

DF: It is. We're friends, we just never discussed it. He had an early feedback screening that my producer went to and he called me up and said "Uh, oh" [laughs]. It was pretty amazing.

GS: Can you say something about Russell's music?

DF: Russell died of AIDS in the early nineties. His music is really influential to a new generation of musicians and it was through that resurgence that I first learned of his work. We made a plan to go, with his estate, into his recordings from late in his life, when he was very prolific and see what he was doing, to see the world that he was seeing. Surprisingly, it was a very bright world. It thought it would be darker as he was dying and he knew that he was dying that he would have despaired and you'd see that in his music. But he didn't – it's full of beauty and life and power. He was recording these things in his apartment and we based the score on those ideas and themes that he was working on at the end of his life.

GS: What is next for you, David?

DF: I am working on a book currently, also about this period in New York. After that I want to see if I could find another documentary to work on.