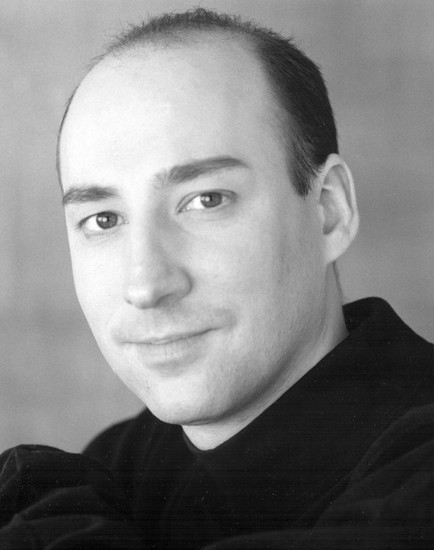 We're at the start of the holiday season and it's about the time when we begin seeing Charles Dickens' story "A Christmas Carol" in many forms from television to theater. After seeing a special adaptation of the story which is playing in Chicago this month, I can say that anyone who experiences "A Klingon Christmas Carol" will truly have a fun and unique experience.

When I first heard that "A Klingon Christmas Carol" was to be performed entirely in the language of Star Trek's primary alien warrior race, The Klingon Empire, I admit to raising one eyebrow in fascination. This was a performance I "had" to see for myself as questions ran through my mind. How would I understand the dialogue? Would the story be similar or a wild departure from the original? Will any iconic Klingon characters from Trek appear? How are they going to pull this off?

They pulled it off admirably.

The basic plot of "A Klingon Christmas Carol" has been adapted to fit the culture of the warrior race. It takes place on the Klingon home world, at the time for the Feast of the Long Night: a time to be with family (your 'House') and to compete in combat against other Houses to prove your honor and strength. The play follows the story of SQuja (sq-oo-ja) and how he is visited by three Spirits (of the revered warrior Kahless) who wish to transform him into a Warrior of Honor and Courage (both of which SQuja is in severely short supply).

The language barrier is cleverly resolved through the use of 'Super Titles' which is a 2-3ft screen hangs high above the actors displaying the English translation of the Klingon dialogue and making it easy to understand the scene while not detracting from it.

All throughout the play, character interactions, emotions, and movements radiate with energy and an intensity that engages the audience and doesn't let go.

The production employs a good share of humor as well as seriousness. And no Klingon play would be complete without several combat scenes with weapons familiar to the Trek universe. But while there are many references in the performance that Trek fans will recognize and appreciate, I found the show very intriguing and entertaining for non-Trek audiences as well.

I had the good fortune to be able to speak with Mr. Christopher Kidder, Director of "A Klingon Christmas Carol" and the Artistic Director of the Commedia Beauregard theater company.

CK: (Christopher Kidder) A couple of things. What would be interesting and has not been translated recently, or what plays have not been seen by English speaking society.

When it comes down to it, most of the Western theatrical canon prior to Shakespeare and even afterwards, are not English-based. There is so much out there from other languages in 'established canon' and so many new plays being done all over the world.

Those things shouldn't be missed.

We are in the business of getting people [to the show], so we do try to choose projects that will appeal to people who aren't necessarily theatergoers because it is part of our duty to make sure theater audiences continue to grow.

RP: Your theater group has performed many different works that had to be translated into English from their original languages. So how and why did you come up with the idea to translate the Dickens A Christmas Carol into Klingonese?

CK: Back In 2007, we had our annual meeting and we were looking for what can we do for a fundraiser around the holiday time. We came up with let's do a holiday translation.

One of our board members suggested, as a joke, that we should do the Dickens Christmas Carol in Klingon. And he knew someone who had been involved with translating Hamlet into Klingon, which a group did back in the 90s, so he knew it was possible but didn't think we'd be crazy enough to try it. By that summer, a couple of us had written the adaptation to be translated and we teamed up with a fan club called the IKV RakeHell of the Klingon Assault Group and a couple of their members helped us translate it into the Klingon language.

RP: How has the response been from those who have watched your show who are not necessarily Trek fans?

CK: That is one of the places we get most of our new viewers each year. It's not from the diehard fans; they know about us and they come year after year. We get a lot of people crossing over from the theater crowds who are thinking this will be a fun show. As well as people who wouldn't necessarily set foot in a theater at any other time of the year. We see this as a show that brings people in that wouldn't see theater because they think they don't like theater. But they think "Wow that's weird. I think I'll go check it out." It's a good show. Maybe they will come and see another show.

Our biggest new influx of viewers are sports fans. Patrick Stewart said in an interview once that sports fans and Trek fans have a lot in common, at least behavior-wise. They'll dress up in the uniform of the thing they enjoy. They will often paint their face and put on makeup, and they will shout very loud and emphatically for the things they support. There are similarities that get them to the theater as well.

RP: It must have been a significant effort for the troupe to get used to become Klingons? How did you all prepare for this?

CK: Over the last few years, we have established a system for rehearsing. The rehearsal process does take longer than a standard play for obvious reasons, you are learning a play in different languages. We have to give language lessons; we brought in Christopher Lipscombe who is a member of the Klingon Language Institute to do a workshop one weekend. We teamed up with Asylum Stunts who taught us how to do Hollywood style stunts for the fight scenes. They learn to read the language, to pronounce it.

Then they learn by way of auditory learning. We provide each actor with a CD with every single line in the show.

RP: The costumes and props for this show are very impressive! Did you create all of these yourself?

CK: All the costumes for the Chicago show were designed by Jeff Stolz. He is a costume professor at Viterbo University in LaCrosse, WI. He came to see one of our shows in the Twin Cities, loved it, and wanted to become involved. They are all brand new for this show.

RP: You mentioned other performances and programs you are doing. Tell me about your company Commedia Beauregard.

CK: We have done Polish plays by Pope John Paul II (before he was Pope), Spanish plays, French plays, Czech plays, etc.. We have done a number of things that push the boundaries of what is considered translation. We often do a project called "Masterworks", where we commission new plays based upon works of art from different museums. We have been doing this for ten years in the Twin Cities. We have a Masterworks scheduled for March at Gorilla Tango that will be "The Museum of Bad Arts and Plays" and we will have Chicago playwrights treat some of those works or art.

"A Klingon Christmas Carol" is currently performing through December 19th at the Greenhouse Theater Center located at 2257 N. Lincoln Avenue in Chicago (two blocks south of Fullerton). Tickets are available at 773-404-7338 or at GreenHouseTheater.org.

If you are looking for more information about Christopher's Theater Group, please visit their web site at www.CBTheatre.org.