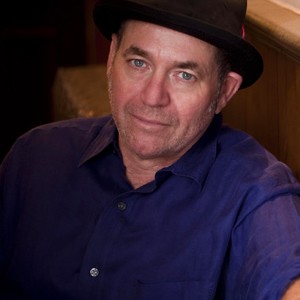 We all have our own coming out story, don’t we? Some more interesting and traumatic than others depending on the depth you were “in” before you were “out.” Rarely are these experiences completely simple and unremarkable. And quite often the worst cases are, sadly, legacies of very complicated and sustained lies.

In Probation (Kensington Books), debut novelist Tom Mendicino crafts a powerful coming out tale of redemption, acceptance, honesty and consequences. The story’s married protagonist Andy Nocera’s life unravels after he is caught and arrested for solicitation in a public rest room. Not only is his life forever changed, but so are the lives of those closest to him.

ChicagoPride.com spoke with Mendicino prior to the book’s release next month.

PJ: Politician Larry Craig and entertainer George Michael helped to make public sexual encounters infamous. Why do you think people, like your main character (Andy), are willing to risk losing so much for such an experience?

TM: It’s the compelling combination of being unable to suppress a primal desire and the hubris of believing they’ll never get caught. The physical pleasure, the thrill of the chase, the anonymity and the risk itself are intoxicating. And the odds are in their favor, the gamble pays off. Most of these men spend a lifetime pursuing their secret lives without ever being exposed, especially if their wives and girlfriends are quietly complicit.

PJ: What do you think of the current solicitation laws? Are they effective?

TM: I’m still a full-time practicing lawyer; but, since I’m a civil, not criminal, attorney, my opinion is really that of a lay person. The enforcement of ‘victimless crime’ laws such as solicitation and loitering, as well as prostitution and gambling, is selective and arbitrary and these statutes should be repealed for that reason alone. And it’s obvious that they aren’t effective. That being said, I’m not entirely unsympathetic to folks who want to use a public john without someone waving a dick in their face.

PJ: What prompted your interest in writing about someone who experiences such a challenging coming out?

TM: Probation isn’t autobiographical. I’ve never been married and met my current partner when I was twenty-four years old. The character of Andy was inspired by the experiences of several friends and acquaintances from my North Carolina days. Gay life was very different in the South in the Eighties than it is today and, coming to Chapel Hill from New York and Philly, I was intrigued by the compromises many of these men made and accepted without question. I believed then, and still do, that living a dual life is emotionally crippling, rendering you unable to achieve and sustain genuine intimacy. We’ve made a lot of progress but the fact that half of the posts on Craigslist are by married men seeking quick, anonymous contacts means that many gay men still can’t accept who they are and feel the need to pursue these double lives.

PJ: If Andy had not been caught, where would he be ten years later?

TM: Alice held the cards in the marriage all along. The answer, at least for me, is there in the novel. But other readers may see it differently. So I think I’ll refrain from responding to this one. After all, the story no longer belongs solely to me, but to everyone who reads it.

PJ: LGBT activist and author Vito Russo once said, “The truth will set you free—but first it will make you miserable.” What was your coming out like?

TM: It was hardly tortuous and considering the times, the mid-seventies, remarkably smooth. I regret hurting a lovely and kind young woman during my college ‘bisexual’ days. She must have thought she was hooking up with Ziggy Stardust when I announced my proclivities. Like Andy, I was blessed with having parents who unconditionally loved me (the mother and father in the novel are essentially biographical sketches of my own parents) and I’m fortunate to have never experienced any adverse personal or professional consequences for being gay.

PJ: What surprised you most about the process of writing your first novel?

TM: I’d worked for several publishing houses before law school and was under no illusions about the chances of being published when I first started scribbling into my notebooks about the life and times of Andy Nocera. (A piece of trivia:

Andy’s last name is my family’s ancestral home in Italy.) What surprised me was how many wonderful champions took up the cause along the way. The fact they embraced my prickly and sarcastic protagonist and believed that readers would respond the same way amazes me to this day.