I try to make the recording space a playground. 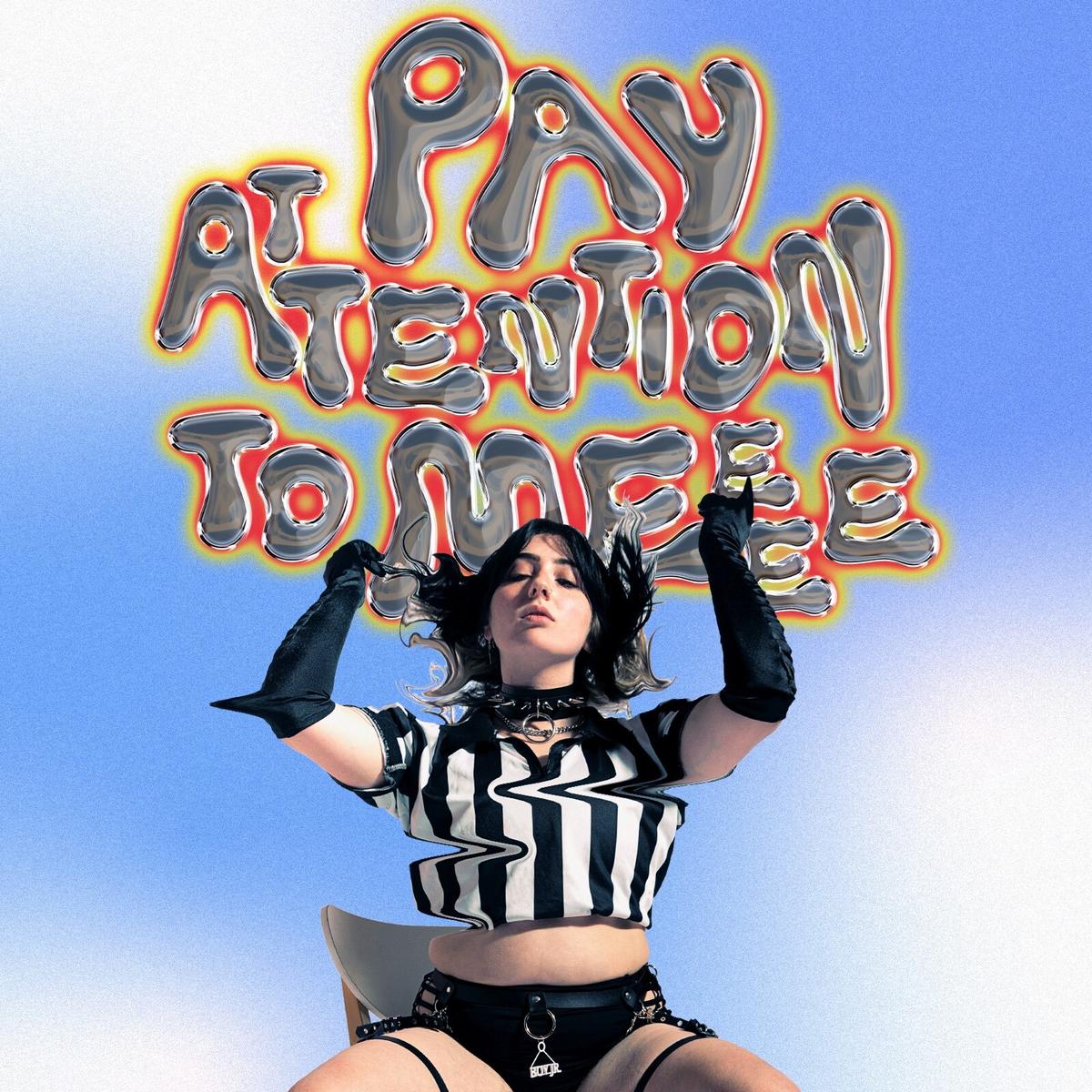 Interview with Boy Jr. at The Hideout

Their first album Starter Pack was just that with an array of tunes influenced by music artists that Erica loves and respects. Their latest endeavor the album Pay Attention to Meeee covers new territory and unexpected lanes.

Pronouns for this musician include they/them and she/hers. Boy Jr. as a music act represents a new generation of performers coming out into the world who are talented, open about their identity and creating original art. Pay attention to them!

JN: (Jerry Nunn) Where did you come up with the moniker Boy Jr?

EA: (Erica Allen-Lubman) It was from something my friend said while making a joke. They were doing an impression of a grandpa saying, “Sunny boy, Junior!” I checked to see if the name was taken and it was not. I had it in my back pocket for a little while.

I liked that it was short and sweet. I thought people would like twice if they heard it because I don’t look like a Boy Jr. It is a blank slate and gender funky.

EA: No, I performed here in 2019 at Gman Tavern. I was excited to come back and then the pandemic happened, so I couldn’t come back until now.

JN: How has it been touring again?

EA: I feel like the energy has been a little different now after being back out on the road again. Before some people may not like the fact that I play with a laptop instead of a band, but now people are just happy to hear live music. I can’t hire a band just yet.

JN: I have heard the merchandise sold at concerts is the main way to make money. Is that true?

EA: I don’t know if there is one surefire way of making money as an artist, but the merch is very helpful and I appreciate people that support my work by buying things.

JN: Is there a piece of merch that you would still like to create?

EA: Kerry, my sibling and sometimes drummer, designs all the Boy Jr. merchandise. We are always in communication for ideas about new pieces going beyond garments. I would love to do socks or mugs.

When I was getting suppressed by the algorithms on Instagram. I wanted to write “My album is out” right on my chest where people will pay attention to my music by paying attention to my body. It is when I get the most likes. Maybe I could sell a fake chest at the merch table with that written on it.

JN: Did you always want to be a musician?

JN: Was there someone who influenced you growing up?

EA: My mom was a huge advocate for me trying different things to get my thoughts, worries and fears out. She was always encouraging me to put it into a song. She is also a musician and a teacher who exposed me to a lot of different music in the house that I got my hands on from a young age.

JN: How lucky are you?

EA: Very! I am grateful for that every day.

JN: What is your favorite tattoo?

EA: Kerry actually designed this one and we both have the same tattoo. I have two that are freehanded.

JN: Is your song “Narcissist, Baby” about someone specific?

JN: Do they know you wrote a song about them?

EA: I don’t know, but I think it would be funny if they asked me if the song was about them one day and I could tell them, “You would think that, you narcissist!”

The song is really inspired by a certain kind of person that people are drawn to even though it is not healthy for them. I wanted to make a big, bold pop statement about that kind of relationship.

JN: What inspires you to write your music usually?

EA: A common thread in both of my albums is a lot of experimentation. I try to make the recording space a playground. I am constantly trying to teach myself new things.

Though I have been producing myself for a couple of years, I still consider myself pretty new at it.

Starter Pack was my take on artists I was interested in. I did a Billie Eilish-inspired track along with one for The Strokes. That helped me dive in and think about somebody else.

There are a lot of inspirations on the new album Pay Attention to Meeee. I played around more with this one as myself and thought of other artists being more in the background.

JN: Is there an LGBTQ+ artist that you love particularly?

JN: Good choice, they just played our Pride Fest a few weeks ago in Chicago. Do you have a song you like playing live these days?

EA: This is the first time I am playing the new songs live. I like doing “Hey Sorry” because of the theatrics with it. I dance around and pretend to fall on my face.

I have chosen not to play guitar live and just sing this time. That allows me to lean into the theatrical side of it more. I want Boy Jr. as a project to have a heavy visual element to it.

Eventually, I would like to have projections and video behind me. I want other performers and choreography. You name it and I want it to be in the show, but with indie, punk feels to it!

I will get there someday…

JN: What was the experience of blowing up on TikTok like?

EA: I have had a couple of things that have popped off. It has been interesting and fun to go viral. I like getting my various ideas out there. We as creators have very little control once it is out in the world. Once it reaches a certain threshold then it can get hate comments or people will think one track is all I do. A person can’t be boiled down to one song.

Most of my top songs on Spotify are not from the new album and are not representative of me right now. I have done cover songs that were fun, but that is not the only thing I want to do. That is the trouble with the Internet and the problem with being perceived by people in general.

JN: That is because the public will digest music by comparing an artist to others, such as, “This singer is the next Beyonce…”

EA: She has shown so much versatility and had the ability to sustain a long career. People have listened to Beyonce for entire chunks of their lives and that is something for me to strive for. I want to be an artist to change with the times and evolve with the audience. That would be my dream!

JN: What else would you like to be known for as an artist?

EA: I want to be known for a sense of joy and freedom with what I make. I get to be expansive in what I make and who I am as a person genre-wise and gender-wise. That is freeing and something I aspire towards. I play by my own rules!