The Cult sells sanctuary in Chicago

I was into Bowie, Marc Bolan, glitter, makeup, Rocky Horror Picture Show and Cabaret when I was a kid. 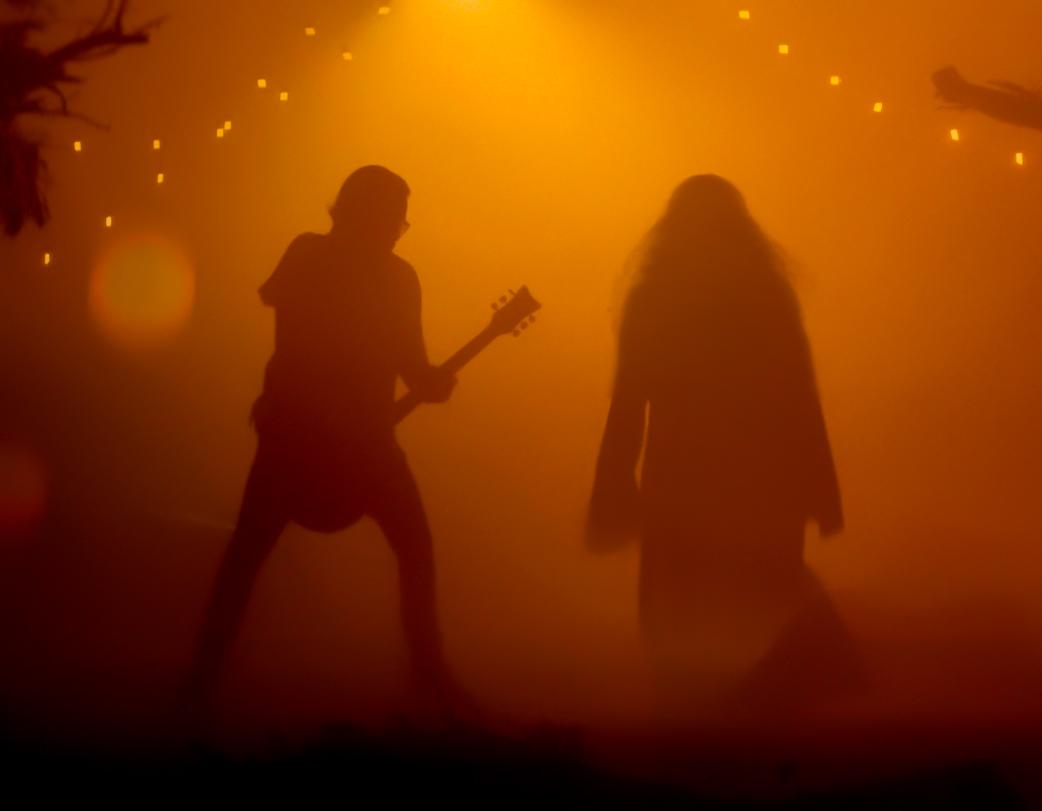 The Cult's frontman Ian Astbury talks about his early influences

English rock band The Cult have always danced to the beat of their own drum. They continue to do this in 2022 with the release of their 11th studio album planned for the fall.

Longtime members Ian Astbury and Billy Duffy worked on songwriting together from the beginning eventually releasing their debut album Dreamtime. Love in 1985 charted at number four in the UK and their third album Electric came with more success thanks to producer Rick Rubin. Sonic Temple ruled the charts across the globe and cultivated a loyal following for the band.

Astbury talked about his influences and The Cult’s new single while out on the road during a recent tour the day before arriving in Chicago.

JN: (Jerry Nunn) Hi, Ian. Let me start off by saying The Cult was my first concert back in 1987 when you opened for Billy Idol at the Starwood Amphitheater in Tennessee.

JN: I will never forget when you mooned the audience…

IA: They probably deserved it.

IA: It was all in good fun.

JN: How does it feel to be back out on tour?

IA: It is a mixed bag of emotions. During the pandemic, we were all locked down and now we are back out on the road. After two and a half years we hit the stage and we are back with an audience.

It takes a minute to get back into the flow of everything. It has everything you can imagine. It is our lives with ups and downs. There are boring moments and exhilarating moments. We are very grateful to be out here playing.

JN: Describe your relationship with Billy Duffy. You have known him most of your life, right?

IA: It is very true that I have known Billy most of my life. I met him in 1982. I was in a band called Southern Death Cult and Billy played in a band that we were opening for called Theatre of Hate, great names!

Theatre of Hate kicked him out, maybe because they were from London and he was from Manchester. There was always a bit of disparity between the North-South divide.

When Southern Death Cult imploded my first thought was to go to the clothing store Billy was working in at Kensington Market and ask him to start a band with me. So that is what happened.

I moved into his flat and slept on the couch. Within six weeks we put a band together and had four songs made!

JN: With such a large catalog of work, how do you choose a setlist for this tour?

IA: We have two new members. We had to replace both the bass and keyboard player because of not being able to bring them to the United States with COVID going on. We could only learn a certain amount of songs. We were restricted to what we could do initially, so we decided to play what we really knew at the core of the set such as tracks from Love, Electric and Sonic Temple, plus Beyond Good and Evil. As the tour goes on then we will pull from other moments.

We are playing a new song called “Give Me Mercy.” We are kind of starting over again and it is really refreshing in some ways.

It has been really good so far. The set works wonderfully and everything plays great live. We are playing “She Sells Sanctuary” and “Edie (Ciao Baby).” If you are a Cult fan, you will be familiar with the music.

JN: How was making the new video for “Give Me Mercy?”

IA: The video was the brainchild of myself and our director, Juan Azulay. Originally I had written the treatment for a short film called Perseus, which was about Greek mythology. I was looking at films like Alejandro Jodorowsky like The Holy Mountain. I am a huge fan of Blade Runner, so cinematic language is very much something I use a lot in expressing influences and ideas in the band.

I compared the director to a young Stanley Kubrick because he looks like him. This video was very cinematic and I had some of the original treatment’s plot lines. Because it was a music video we only pulled segments.

Some of the choreographed dancers represent a priesthood around the main character, which is similar to Marie Antionette and Medusa. There is a lot of nuance in the video clip, but I was determined to make something that wasn’t a linear rock video. I wanted something more theatrical and a visceral visual experience. We pulled it together as a montage of different influences and ideas.

It is something we have never done in Cult videos. The visual aspect of the band has become my domain I am lot freer to do something a lot more expressive. The Cult was never a linear, in-the-box, cornfed, beer-drinking, rock and roll band. We never have been. We have diverse influences and diversity is key to this band and our DNA. We always want to reflect that in videos like this one. It came out beautiful.

JN: Speaking of diversity, did you know about the band’s LGBTQ+ following such as myself?

IA: Oh please, of course, since day one! We have been with the LGBTQ+ community since the seventies. If you are punk like us, gender and orientation weren’t even talked about. We just ran together and that was the way it always was. We were always integrated.

I am absolutely aware of our LGBTQ+ audiences and I am so proud of that for us.

JN: I want “Big Neon Glitter” to be my theme song.

IA: You can have it. Just take it!

JN: Your showmanship on stage is amazing. With big headdresses, leather pants and long hair, do you ever feel you are in drag?

IA: Absolutely. I decided to change my look up on this tour. I am a little more gentrified in years. I will never wear Docker shorts. I don’t know when guys started wearing Polo shirts, but those are not for me.

I will be wearing Maharishi, an English designer who has been around since 1994. He makes militaristic clothing but was influenced by Japan. I have traveled to Tibet and gathered so many things that I have three lockups full of clothes. I blame David Bowie for it!

I was into Bowie, Marc Bolan, glitter, makeup, Rocky Horror Picture Show and Cabaret when I was a kid. I identify as being sexually whatever and being my authentic self. When I saw how Bowie, Bolan and Liza Minnelli looked in Cabaret I wanted to look like that. I started playing with clothes and my hair. The makeup went on okay and lifted my cheekbones. I played with my look since I was a kid.

I wear a little bit of makeup now because I have gotten older, but I used to never leave the house without eyeliner on. I had to be dressed head to toe!

I will let you know a secret. I started wearing Versace underwear onstage to give myself a little zhuzh with my performances. Usually, I would wear Hanes and then dump them after wearing them once or twice. Now I spend a little money on my underwear.

Clothes have been really important to me after watching Freddie Mercury and Iggy Pop. I grew up in London and loved Vivienne Westwood's clothing.

JN: How did the Native American influence become The Cult’s image?

IA: I immigrated to Canada when I was 11 years old. The other kids at school were WASPy looking, so my clique of friends identified as "other" such as the indigenous kids or people who were clearly not straight. That was my group and where I belonged. I was exposed to the culture by friends and went to a reservation very early on. I became obsessed with indigenous culture, traditions and philosophies.

I never identified with pedestrian people. I identified with music, art, film and performance. I liked things that were all-encompassing such as Buddhism and indigenous Native American culture.

JN: Your concert will be an opportunity for people to just rock out and forget the craziness of the world today.

IA: Yes, and I don’t feel we have adequate language to express the moment we are actually in. There is too much polarization, misinterpretation, miscommunication, anger and aggression. We need to find a common ground because at some point we are going to have to connect and agree to disagree civilly.

Let’s continue with our evolving democratic experiment and get back to what that really means. Maybe we can look through someone else’s eyes and experiences to appreciate that not everything comes in a nice little box.

We are polyamorous beings and this is nature in all its diversity. Our language is not just speech but it references the way we dress or make a piece of art. “Give Me Mercy” is talking about getting some mercy in life. Can we get a minute? We definitely need it in the world today!