I want my music to live on beyond me. 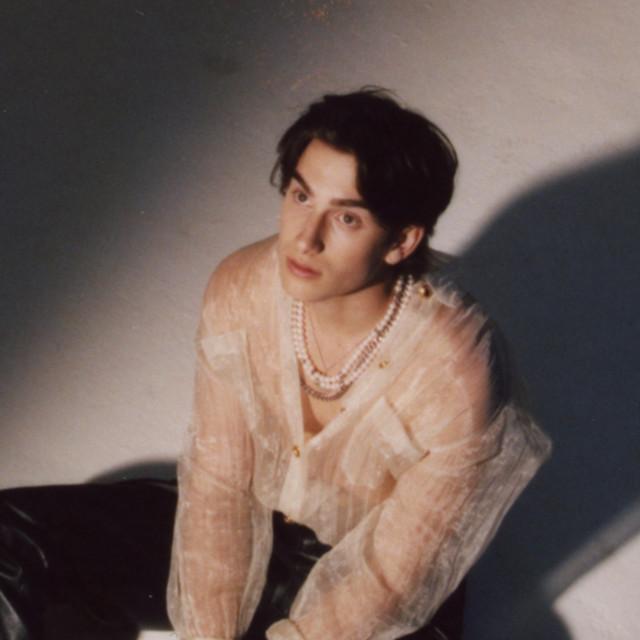 Singer Johnny Orlando is on a fast track to success in pop music. This Canadian native was a content creator at a very young age and that launched him into the music business.

He has cranked out many singles since 2012 and released three EPs. He was nominated for Breakthrough Artist of the Year in 2019 and he won MTV Europe Music Awards for Best Canadian Act three years in a row.

This rising musician is poised to release his debut album and he talked backstage about it at the music venue Subterranean in Chicago before his concert on May 7.

JN: (Jerry Nunn) So your real name is Johnny Orlando?

JN: You grew up in Toronto and have an Italian background?

JO: Yes, loosely Italian, when people talk about it the whole three-eighths of my heritage comes up.

JN: You are currently 19 years old and started making music around 12?

JN: How does it feel to look back at that time compared to now?

JO: A lot of it is a blur. I was very casual about it at the beginning. I was playing hockey and making videos at the same time. It was a very natural progression from there with making vlogs and being on social media.

It seems a lot more planned out than it actually was. People used to think my parents pushed me into being in the music business, but they were not involved until contracts were written.

It was like any other hobby at the beginning.

JN: Well, it has worked out better than fishing.

JO: Yes and now I have help after being signed to Universal Music Canada and Republic in the United States. We moved out to LA when I was 12 and started working with producers and writers. I was signed when I was 15 and then we moved back to Canada.

We released “What If” with Mackenzie Ziegler and it caught the attention of a major label. We did a deal and they have been developing me.

JN: It must be nice to have that support.

JO: Very much so. I also was signed to Roc Nation.

JN: That must have felt like a big deal.

JO: For sure. It all happened very quickly and it was because I was on a podcast with Coach Mike Bayer. He got us in touch with Hank Fortener at Roc Nation.

JN: What advice would you give people on building an online following?

JO: The biggest thing is knowing that you will do as well as the algorithms allow you to, so you have to play into that. Algorithms like persistence and consistency in your content. If a video hits do more of that like covering a popular song. That is how I first got followers. It was all accidental and just what I liked to do.

You have to model your business plan around the algorithms. Make the best content you can and upload it often.

JN: It sounds like you were raised on the Internet and you learned all of this when you were young.

JO: I was born in 2003. I have been watching YouTube since I was five years old. The Internet has shaped my life and entire personality. My business is built off of it and I am a child of the Internet.

JN: Were you inspired by Justin Bieber?

JO: The first cover we ever did was “Mistletoe” by Justin Bieber. I had the hair obviously and the style. I was and still am inspired by him. He’s evolved and is still setting trends.

JN: Have you met or heard from any of the artists you have covered?

JO: I met Shawn Mendes a couple of times.

JN: He’s really nice. I have interviewed him in the past.

JO: Super nice. I did a cover to a Pink song when I was 11 and she reviewed it a few years ago. She said I had great control. She was happy that people were covering her songs. I get excited when someone covers my songs now too.

JN: Would you ever do acrobatics like Pink in concert?

JO: I would love to. I don’t think that would work here at Subterranean…

JN: Well, you could come swinging down from the top floor.

JO: We were talking about that, maybe I can climb up the balcony.

JN: No one that I know of has done that before. Maybe you could be the first! Your song “It’s Alright” has a Michael Jackson vibe. Was that intentional?

JO: I didn’t write that song. It was from the Netflix My Little Pony movie. It was brought to me and it was really cool to be a part of that. I had always wanted to make a soundtrack song.

There is a whole community that I didn’t know about of My Little Pony lovers.

JN: Yes, the Bronies have conventions.

JO: They love me now and say nice things online, which is awesome! The song is out of my comfort zone and very different than the things I do.

JN: You have done some voice work and film work in the past. Do you want to do more of that?

JO: I think down the line, but I am focused on music currently.

JN: Is your song “You’re Just Drunk” about someone using liquor as an excuse for bad behavior?

JO: It is more about drunk texting, yes in essence. I got a text one night that was a bunch of gibberish from a girl who wrote, “You’re just” and I didn’t know what that meant. I went into a studio session the next day and was telling my friend about it. He added the “drunk” part and we built the song around it.

JN: You are finding inspiration everywhere. What can you tell readers about your new album?

JO: I used “You’re Just Drunk” as a blueprint sonically for a lot of the songs, but there is a lot of different stuff also. It is the music I have always wanted to make. I have had this vision for the last five years and have tried to make it happen. That all changed in the last year and a half. I feel we can finally release this and then move on to something even fresher.

It is music that I would listen to if it was written by another artist. I might be biased, but there is not much like it out there. I wanted to do my own thing and not be like everyone else on the radio. I made music that I would enjoy listening to.

The song “Someone Will Love You Better” just came out and is more commercial, but I love it and it’s a true story.

We just filmed the music video for the next single and it is very different than anything on the radio right now. I am really happy about it. I hope people feel the same way and it will resonate.

It is a fun story and not too serious.

JN: That’s the gamble and everyone needs a big radio hit to keep the machine going.

JO: Right. The music label allows me to do what I want most of the time and then sometimes wants a hit. That is not how this particular song was made. I would love to hear another of my songs on the radio. I am excited for everyone to hear the new music.

JN: What would you like to be known for as an artist?

JO: I would like to do things differently and never constrain myself to the norms. I don’t want to follow trends. People pitched me to make an ‘80s sound like The Weeknd’s “Blinding Lights.” That would be in discography forever. I want to make music that is timeless.

JN: Maybe such as Lady Gaga?

JO: Yes, she does what she wants. There has not been a Gag trend because no one can do Gaga as she can.

I never want to be subject to people’s ideas of what I should do. I want my music to live on beyond me. If I can help even one person with the work I do then my mission is accomplished!