I think my career will always be about the live show as much as the records that I make. 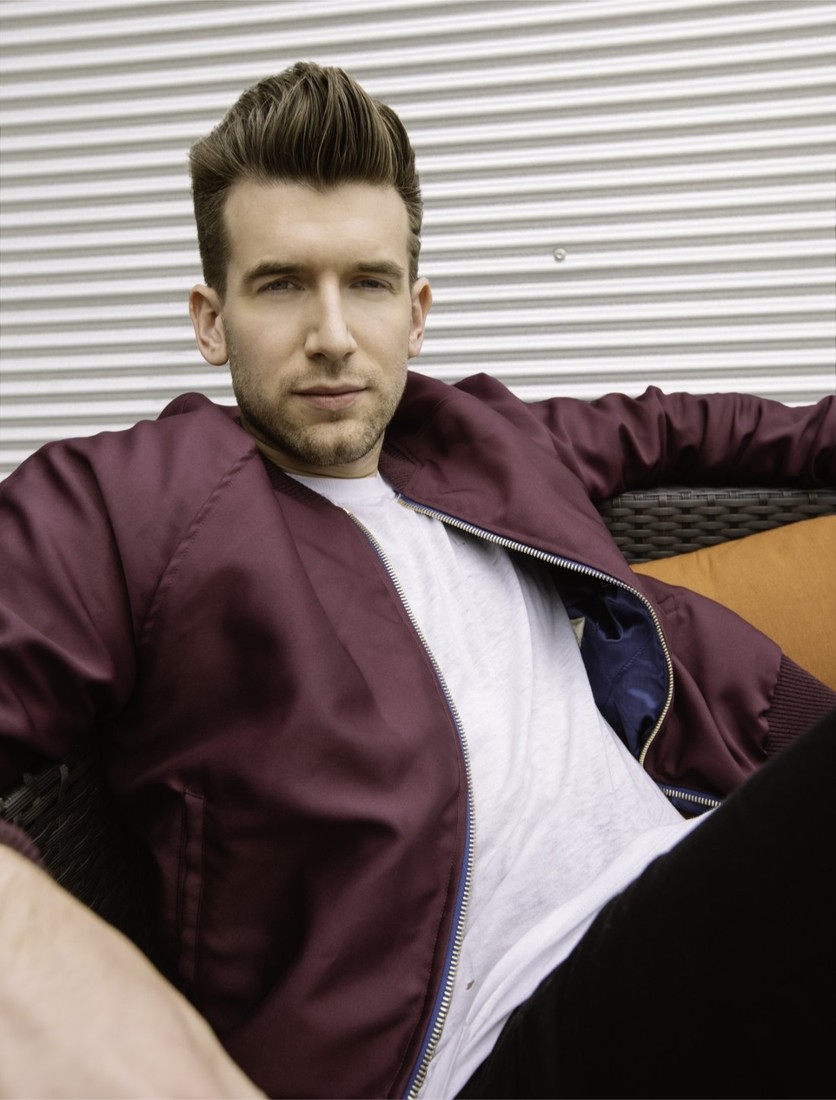 Frost began playing drums at four years old and learned guitar at Dave Seebree’s Rock Camp USA. He began playing shows at age 12 and moved into the world of hip hop. He has opened for artists such as Fitz and The Tantrums, Gary Clark Jr. and Twenty One Pilots. He recorded in the studio in London with gay icon Elton John for a yet to be released track with DJ Mustard.

Musically, Frost refuses to be put in a box, but he’s definitely one to watch. He talked about it after his set at Lollapalooza.

JN: (Jerry Nunn) How many instruments do you play?

MF: (Max Frost) I play guitar and drums. I’m pretty good on the kazoo. I gave up the bassoon after middle school.

JN: How about the spoons? Can you play them?

MF: I’ve been on the spoons!

JN: What musicians influenced you growing up?

MF: My mom always had a lot of soul music on in the car. This was in the ol’ Ford Explorer. She had Aretha Franklin, Wilson Pickett and The Beatles on. She liked The Rolling Stones. I grew up on a lot of classic music.

When I was exposed to Napster that opened me up to music at that time. It was Eminem and Outkast. There was Green Day. Whatever I could get my hands on.

JN: Are you compared to other artists now?

MF: When I had “White Lies” come out people said I sounded like Electric Guest, which is a band I had never heard of, no disrespect to them. I always get compared to artists that I don’t listen to. I think I just come to the same conclusion musically that they did maybe.

JN: You remind me of Andy Grammer.

MF: I’ve been mistaken for Andy Grammer at party one time.

JN: What was the idea behind having a marching band in the video for “Good Morning?”

MF: I was trying to pull stuff that would make the greatest breakfast brunch party of all time. You would need a marching band there to serve up the pancakes.

MF: It was a blast to make. We actually went back to Austin and shot it on the fly.

JN: How was touring with Twenty One Pilots?

MF: It was amazing. It was like flying in a Concorde jet for a couple of months. That was crazy. We did Madison Square Garden and it was intense.

JN: Is it hard to reel in fans when they are there to see the headliner?

MF: It wasn’t easy. I went out there and gave it my all every night. I found their fanbase to be very accepting. It was a rewarding experience and changed not only the scale of my fanbase, but the demographic. I think even in the next couple of years I will still see the impact of that tour on my career. The people that comment on my Instagram all have Twenty One Pilots handles!

JN: How was working with DJ Snake?

MF: It was cool. That was a song I made with Michael Fitzpatrick from Fitz and The Tantrums. I wasn’t sure I was going to use it, then I heard DJ Snake was into it. I saw what he did to the track and I was blessed that he kept my vocal on it and put it out as a single.

I have never met the dude, but he seems like a nice gentleman.

JN: He came to Lollapalooza in the past and we didn’t know what he looks like.

MF: I got to see him a little bit.

MF: It went great. I was moved by how many people came and showed up that early. An hour before I wasn’t sure and was worried. A lot of people came over and left when I was done, so they weren’t camping. That was a big highlight for me so far.

JN: I am hearing that from other artists, that it’s a big deal for them to play Lollapalooza.

MF: Yes. It’s not a huge list of artists and it’s a big honor to get to play it. The fact that people who payed the money to come here chooses to see you when they could have been asleep or seeing someone else is always a cool thing.

MF: Yes, I did three shows. I am finishing my tour then going out with Rob Thomas until September.

JN: Where do you see yourself going as an artist?

MF: I want to keep making music and put out singles in the next couple of months. I think my career will always be about the live show as much as the records that I make. Those things are always a nice duet.

I hope to keep evolving and surprising myself and the people that pay attention to what I do.

JN: How is where you are from in Texas as far as LGBT rights?

MF: My godfather was an openly homosexual dude in Texas. To me it’s such a backdrop to my life that I never think of it as taboo or anything. I’m a huge supporter. I think people should be allowed to do what they want and be who they are. This is America!