UPSAHL talks about her upside down life

For me, sexuality is very fluid and people should support it. 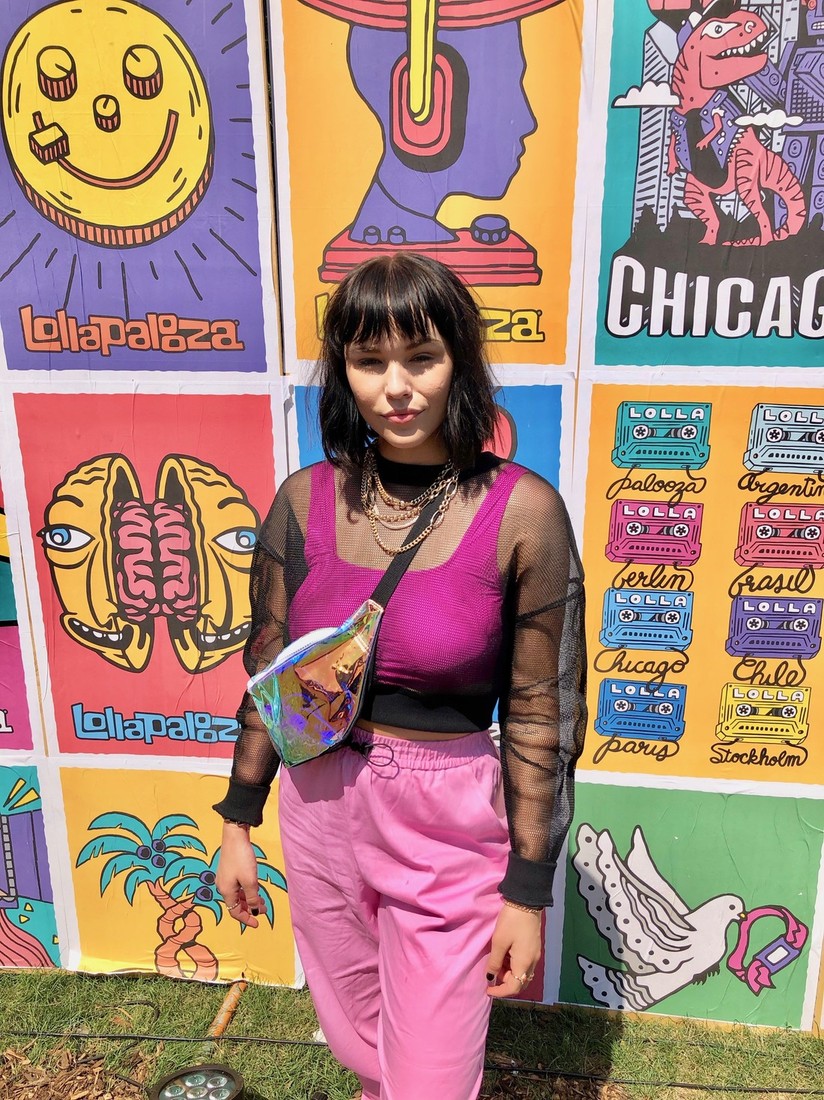 UPSAHL is on the upside of a new music career

UPSAHL may not be a household name yet, but she’s certainly on the uprise. Her new single “Smile for the Camera” was just released and she’s currently on tour with Pvris. Only last year she was breaking out with a first song “Can You Hear Me Now” and followed that with a song called “The Other Team” about her gay best friend.

The young Phoenix, Arizona native started playing guitar and piano by the age of five. Now living in Los Angeles, UPSAHL has signed to Arista Records and plans on taking over the pop world.

During her first Lollapalooza appearance she talked about her growing career.

JN: (Jerry Nunn) Upsahl is your last name. You decided to take it over as your moniker?

U: (UPSAHL) Yeah. For a while I was releasing music under Taylor Upsahl. I then switched up my whole sound and entered into my twenties. I go by UPSAHL now so it’s new.

JN: Taylor is too common right?

U: Yes. When you google my name T Swift shows up, so decided to go with this.

JN: It used to be Taylor Dayne for my generation. She just did a Pride event recently.

U: Phoenix, Arizona. I grew up there. I went to a really cool performing arts school in Phoenix.

JN: I did a travel story there and the arts is getting bigger and bigger.

U: It’s amazing and the music scene is very supportive. Even though it’s small, everyone is always collaborating and sweet.

JN: You started in music very young. Your family is musical?

U: Yes. My dad was in punk bands all throughout my childhood. Right when you walk in the house there were a bunch of instruments. Really the only thing I ever did was music. There were no other options. That was my life!

JN: What music influenced you?

U: I didn’t listen to pop until high school. My childhood was Weezer, Spoon, The Shins and random punk bands. I loved Outkast and No Doubt.

JN: Good mix! You are trying to go full pop with your sound, correct?

U: With my music I am trying to write pop songs, but add different influences from other genres. I come from such an alternative background so want to have guitars and live sounding drums. I’m trying to mix alt, pop and urban. I feel like genre really isn’t a thing anymore. People are making music and combining things.

JN: That makes it more interesting. Who wants to be in a box?

JN: Your fashion style is not in a box either. How do you pick out the outfits?

U: I love picking a color and doing an outfit in that color. I am still figuring out my style. I don’t know what is cool.

JN: You look great. How was playing at Lollapalooza today?

U: It was a dream come true. It still hasn’t set in. I don’t think I have processed how insane it was yet. It was crazy.

JN: It must be inspiring.

U: Very inspiring and very motivating. It was the most fun I have ever had onstage and the biggest audience I have ever had. People were singing the words. When I finished singing I didn’t want to get off stage. I want to keep working towards doing that.

JN: Talk about your song “The Other Team.”

U: I wrote that about when I was in high school. I dated this guy and he came out as gay. Now he is my best friend in the entire world. I wrote “The Other Team” about that.

JN: You should have brought him with you.

U: I know, right? He over at a dance thing in the Netherlands right now or otherwise he would be here.

JN: I didn’t know if you were mad that he was playing for the other team…

U: No. I wanted the song to be about unreciprocated love. It could be about someone just not being into them. For this case it was because he liked guys and didn’t care about me at all.

JN: I got that from the song. Some artists won’t even talk about what a song is about. People want to know more sometimes.

U: Yes. It’s important to get a look into their mind when they were writing it.

U: Yes. I released that last week. That was about a guy I was with. I love drama in my relationships and reality television. I try to make my life a reality TV show. If it gets too good then I am not into it.

There was a guy that was too nice and would never fight with me. He was so sweet about everything. I just wished he would make me cry, so that is what the song is about.

JN: Got it. It’s because you wanted emotion.

U: I wanted the drama!

JN: What reality shows do you watch?

U: Keeping Up with the Kardashians and I just started getting into The Real Housewives.

U: I just watch the dramatic clips online. It’s actually inspiring for songs. They say some pretty funny stuff on there.

JN: When was the last time you cried?

U: Last night after the show actually. I walked offstage and was talking to people. When I had a second alone I thought about playing Lollapalooza and started crying.

JN: You have a song called “Drugs,” but it’s really about name dropping?

U: It’s not about drugs. I wrote it when I first moved to LA. I was going to parties and events and meeting people. In the age of social media, I feel it is very easy for people to get caught up in the name dropping and materialism. “Drugs” is about me being annoyed at those people.

JN: There’s a lot of glitter in that video. Do you do the treatment for your videos?

U: For that one it was really collaborative with the director. We both wanted fake drugs and a bunch of glitter.

When I am writing the songs and know I am going to release it, I already have a vision for the video. That’s how I know it’s a fun song.

JN: There’s LGBT elements throughout your videos. Are you a big supporter?

U: Massively. My best friend who is gay obviously that I mentioned before. For me, sexuality is very fluid and people should support it. Everyone is still figuring themselves out anyway.

JN: We need to get you at Pride festivals.

JN: Your EP is called Hindsight 20/20. Is it about looking into the past?

U: Yes. I wrote the whole EP within the first year of moving to LA. It was a rollercoaster time of my life. All the songs were written within that first year so it was looking back at my life in LA.

JN: Is there something you would want to change?

U: I don’t think so. It was really hard when I first moved there. The first six months was hard because I didn’t really know anyone. I moved there alone and was trying to figure out how to be conformable living alone. I think a lot of us are not comfortable with that. It is difficult, but I am really glad I got that experience. Music became therapy to me. Writing was like going to a therapy session. The songs are very representative on how my life was in that year.

JN: Does your family from Phoenix come visit you in LA?

U: Yes. They are close enough that when I feel I am suffocating in the city it is only a five hour drive, then I am home.

U: I was in Chicago one time on tour for 12 hours. I didn’t get to see much of it. This is my first time actually spending time here. I’m obsessed with it and it’s the coolest city ever!

JN: You are the first person signed to the revamped Arista?

U: Yes. I moved to LA, signed a publishing deal and was writing every day. I wasn’t searching for a record deal, but met David Massey. He now runs Arista. We hit it off immediately. He got exactly what I wanted to do and it worked out perfectly.

U: Playing as many shows as possible and releasing a bunch more music!