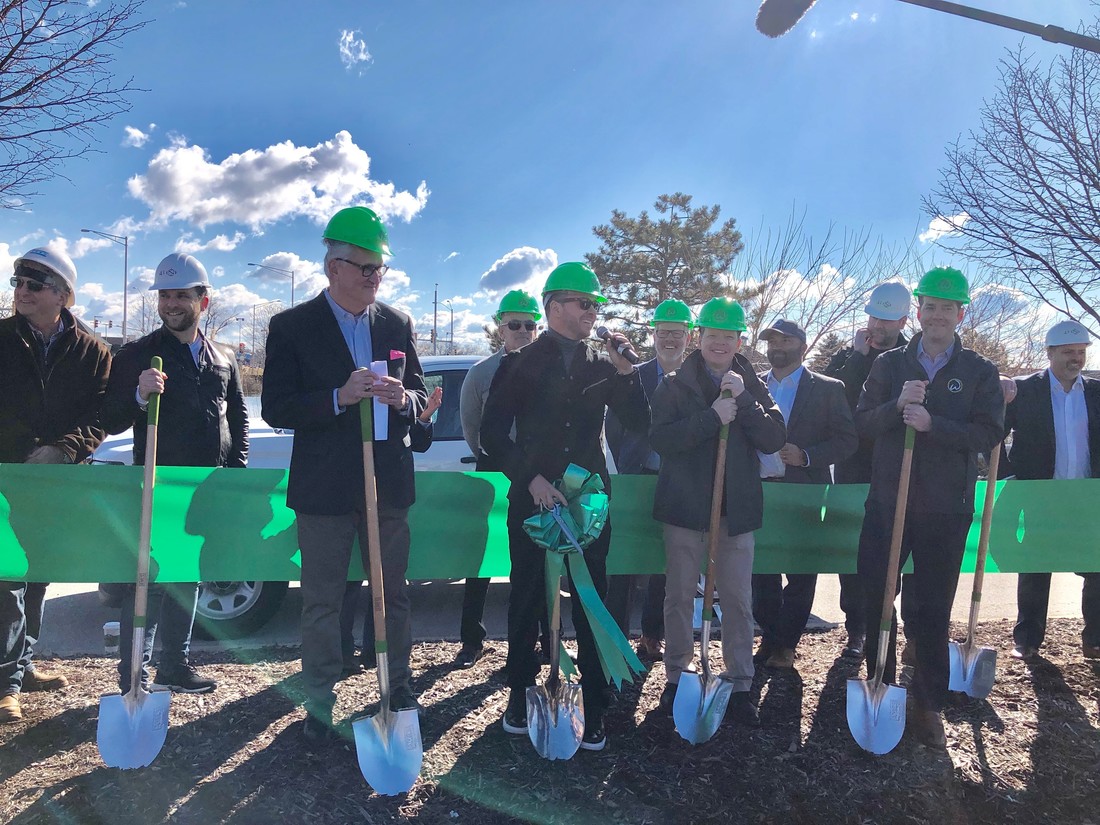 Paul Wahlberg runs the Wahlburgers restaurant chain that’s popping everywhere these days. To stir up interest in the endeavor, he joined brothers Mark and Donnie in a reality show called Wahlburgers on A&E. The show just ended its 10th season and received an Emmy nomination in 2014 for Outstanding Unstructured Reality Program.

Many will know Mark Wahlberg from his lengthy acting career and Donnie from the New Kids on the Block boy band that continues to this day.

Paul is the fifth of the nine children and worked at many restaurants over the years including Bridgeman’s in Hull, Massachusetts, where he served as executive chef for nine years.

He sat down to talk at the Chicago Wahlburgers restaurant, 2 E. Ontario St.

JN: (Jerry Nunn) I talked to you at the St. Charles groundbreaking for the new spot. It was crazy!

PW: (Paul Wahlberg) It was awesome.

JN: Have you thought about moving here?

PW: My brother Donnie loves it out here. That works for him. I love it here and everybody is super nice, but I haven’t given it much thought.

JN: You started working as a chef at age 17?

PW: I was 15 when I started working in restaurants and catering. I kept going after that. This is all I have ever really done.

JN: The brothers were onboard for Wahlburgers right away?

PW: Not at the beginning, but I explained it to them and got them to be my partners.

PW: This is the food I love to eat. I was a classically trained chef so a lot of Italian and Mediterranean. This was the perfect transition for me.

JN: Do you cook at home?

JN: Your mom is going to be on the current season of Wahlburgers. She had nine children?

JN: She must be a saint.

PW: I don’t know if saint is the word, but we are very blessed to have her in our lives still. We owe her everything.

JN: Was it like The Brady Bunch growing up?

PW: An unedited Brady Bunch. There were a few moments that I said something I shouldn’t have said and my mother rewarded that with breaking a brush over my head. I deserved it and had it coming. I didn’t make that same mistake again. The hairbrush broke into a million pieces. It was the household hairbrush. Nobody had their own hairbrush. We had to go buy a new brush. As long as it wasn’t the toilet brush, I was happy!

JN: Have the brothers always picked on you?

PW: No, that’s a new thing. I think it’s payback from when we were little. I am older, so what used to go downhill, now goes uphill.

JN: I interviewed Donnie at the Wahlburgers ground breaking in St. Charles. We got a lot of hits from that interview immediately.

JN: I asked Donnie about crazy fans, but he doesn’t consider them crazy.

PW: They are not crazy fans. They are crazy friends! New Kids fans grew up together. They are really good about giving back to their fans. It’s a close knit group with the fans all knowing each other. When I mention someone, Donnie will know who they are. The New Kids work their asses off for their fans.

JN: Going to Germany is part of the plan?

PW: We are going on a military base. It’s exciting and comes with a list of challenges. It’s a huge honor to support the men and women in the service. It was amazing to see the dedication and the true passion for what they do.

JN: What were the challenges to opening a location in Chicago?

PW: This is a tall building so we had to work through that. The city has been fantastic with us. We love Chicago.

JN: Explain the caramelized onions in the Wahl Sauce.

PW: We wanted to make something that is unique to us, but at the same time having all the flavors I was looking for in terms of coming up with that sauce. It’s not fast. It takes a while. We cook the onions down, have paprika, sriracha and other things going on.

It’s the time and care that I want to put in to making the food. Good food takes time!

With the burger, we have someone make the bun for us. We went all over the world and did a lot of tastings. The beef is a beef blend. The pickles and sauce are both house made. Tomatoes and onions are fresh from the store.

JN: How was opening in your hometown?

PW: We opened up in Dorchester finally. Where I went to grammar school is literally a quarter mile away from the restaurant. It’s amazing to think back as kids about this.

In Dorchester we have columns that is wrapped in artwork about all the locations in the area. It’s all the places that we hung out and the history of Dorchester. That is important to me and has meaning to me and the people of Dorchester.

It’s overwhelming to me that I can give back to the people in my hometown. We own all these places, but giving opportunities to people from there is huge.

We are in Chicago now and want to be a part of St. Charles. We don’t want to just show up and open the doors, we want it to feel like Chicago. We are filled with people from Chicago.

We have to assimilate with Chicago. This is not a Boston place. Chicago is a place filled with proud people. We are fortunate to be welcomed into that.

PW: We have 12 openings coming up. It’s a lot of running around. That’s what is fun about the restaurant business. The chaos of it all!