I want people to laugh like crazy and be as offended as possible! 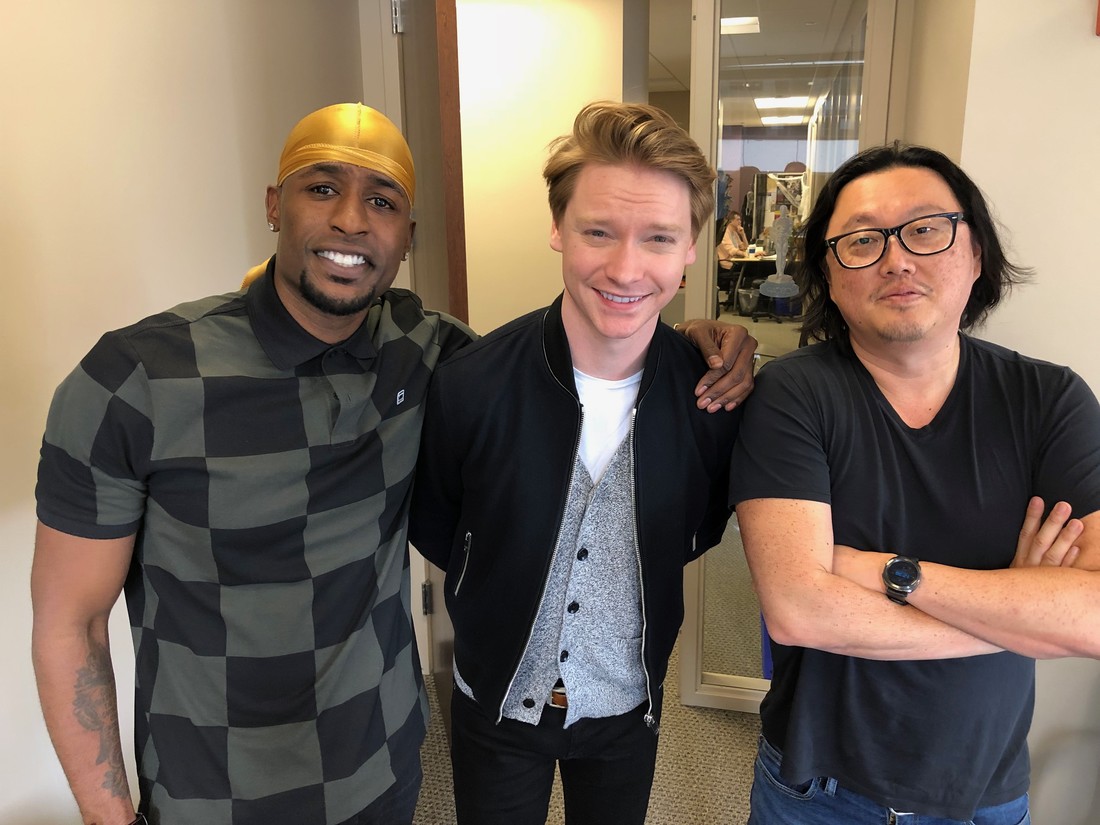 Interview with cast and crew of movie Bodied

Kahn, Calum and Long all visited Chicago to talk about the YouTube Red movie.

JL: (Jackie Long) My character is a game designer and does battle rap on the side. He takes Adam under his wing and introduces him to the world of battle rap. He lets him do a thesis report on him. It goes from there.

CW: (Calum Worthy) Adam is a true antihero, almost to the point of being a villain. He’s extremely complex and there’s almost a Shakespearean theme to his character. He’s writing his thesis on battle rap, which creates a lot of controversy in terms of his Berkley crowd. He’s a grad student and very progressive. In defending his new friends in the rap world he ultimately ends up stabbing them in the back.

JN: How long did the creation of the movie take, Joseph?

JK: (Joseph Kahn) Two years from the writing to the release.

JN: Were there updates?

JN: It just seemed so current.

JK: It’s predictive. We started writing it in 2015. We knew it would take a few years. We wanted to make it topical. We wanted to predict what the world would look like in 2018.

JN: How is it with the issues of today?

JK: We are like Nostradamus! Everything we talked about two years ago has come true with MeToo and Black Lives Matter. Watch this movie to see what the world looks like in another two years!

JN: Were you worried about the backlash with controversy?

JK: Yes. The funny thing is that I think the movie has a universal truth that people like racist jokes deep down inside. Human nature has a certain amount of comedy in the differences between people. As much as we are in a civilized world we pretend that we should never offend each other. Deep down inside the differences between each other are humorous. It is a way of bonding to test the waters like that.

The surprising thing is that the vast majority people who watch this movie love the experience and laugh at things like that. There are about 10 percent that are offended and find us unforgivable to what we are doing. That is why we only have a 90 percent instead of a 100 percent on Rotten Tomatoes!

JN: Did you have any trepidations about taking on these roles?

CW: I don’t think you can read the script and not have trepidations. It was the smartest script I had ever read, but I also knew there was a huge risk in my career. There were a lot of themes we were discussing that are very controversial. I was coming from a Disney Channel project to this. For me, I knew I was going to risk alienating Disney Channel and that audience, but I believed in the story. i believed in the themes of the story.

JL: The movie depicts where I was born. I heard that stuff out there every day. Battle rap is comedy sometimes with people joking all day. Taking this movie was the greatest thing for me.

There might be certain things that my friends might say but that is on them. I think any actor should have taken the role, because it will make your career expand. I think it’s a good movie to expand a career with. Calum might never work with Disney again but that’s a good thing in my eye!

JN: Were there any subjects off limits?

JK: No, we hit everything. The biggest thing in constructing this was we hit every target. On a weird level, we had to defend why we were attacking at some point in the movie. I don’t think people will hear the defense, they will hear the offense.

People will come into this movie with an agenda on how they deal with life. Either they will be cool with it or not. The vast majority of people seem to be real cool with it.

Last night, a group of Muslims came up to me. They wanted more Muslim jokes because they said they were laughing like crazy. It tells you something about what white culture wants you to care about and how other cultures work in reality.

JK: With my gay friends some of the most offensive gay jokes are made by other gay guys.

JN: Explain the visual special effects floating in the air throughout the movie.

JN: Do I need a frog ringtone in my life?

CW: The best part about this movie is the frog ringtone!

JK: That is another double entendre. On one hand it’s a funny joke, but on another there is something alt-rightish to it with Pepe the Frog. There are a lot of double meanings in this movie.

JN: Things happen fast in Bodied. Was the filming tough to get through?

JN: Did you practice a lot?

JK: In a normal movie actors have a page and a half of dialogue. With this they had to memorize monologues going on through several pages of raps. We had to shoot in 22 days, so no one could screw up. They were prepared to their roles. Actors will sometimes come on set and asked for lines.

JL: I was so scared to ask Joseph for a line.

JN: How was getting Anthony Michael Hall in the film?

JK: What a legend! I remember watching him as a kid. I emphasized with the nerdy character he played in Sixteen Candles. I was that guy.

His agent reached out to me and said he wanted to work with me. we rewrote the character for him. It was written for a much older man. When he came in, he’s a Gen-X person that understands all of the vernacular.

JN: What do you want audiences to get out of Bodied?

JK: I want people to laugh like crazy and be as offended as possible!