I want to attract people who are into something that is rooted in inclusive music, lyrically driven, but is also relying on hip hop for production. 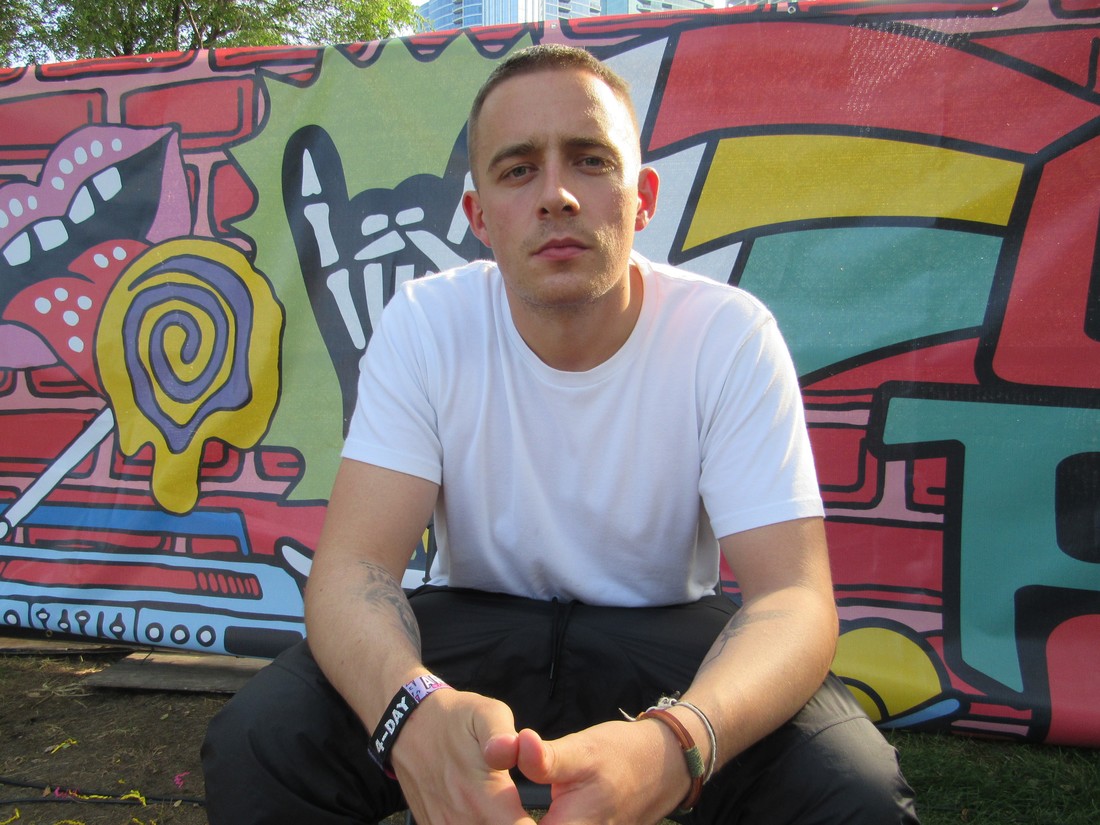 Dermot Kennedy Straight Out of Dublin

Irish singer Dermot Kennedy combines strong vocals with cinematic sounds thanks to orchestra strings and choirs. His single “Glory” is standout single along with a cover of Kanye West’s “Heartless” showing he can have his own take on a song.

Kennedy met up briefly at Lollapalooza before hitting the road for a busy tour.

JN: Have you played many festivals before?

DK: Yes I have. The only thing is not many main stages. It was great to get an inside look to see how it works. It was more serious with more people. It felt bigger.

It was exciting and fun!

JN: Being from Dublin  and possibly catholic was your background religious?

DK: Not religious at all. I was left to my own devices. I figured it out. I lived in a really rural area. I am from Dublin, but it was 45 minutes outside of the city center.

I was on my own a lot. I had a ton of time to myself. We lived right beside the forest. It was a beautiful area, as far as landscapes. I was inspired there to start writing songs.

JN: Who were you influenced by?

DK: When it started it out it was The Frames, Glen Hansard and David Gray, then hip hop started to work its way in there too. Now I listen to J. Cole and Kendrick Lamar. I am influenced by it to a certain degree and too the point that I have strayed too far from the world that I come from such as the Glen Hansard world that inspired me in the first place. It is just the right amount now that I can balance both.

JN: Your sound is original.

DK: Unintentionally. It just sort of happened. I started putting different productions and beats on them. My favorite part is that it happened naturally.

JN: Is it hard navigating it for the radio?

DK: Maybe, a little bit. We are trying to find that path. There are so many pros to that situation. I am unique and find my own thing, but how do I present myself?

There is no lane to fit in.

JN: That’s a good thing. You are not like anyone else.

JN: You have met Glen Hansard in the past?

DK: A few times. He’s the guy in Dublin. He’s a hero to everybody. He’s serious about writing songs.

He was hugely influential on how to deliver a song. It is a hundred percent every time, so I have always wanted to capture that. I am always moved by his performances. He’s a good role model.

JN: Had you seen Once?

JN: How about the musical version?

DK: No. I’ve heard it’s awesome. I haven’t had time. I liked the movie so much that I left it at that. I should go see it. I heard the stage is part of the crowd.

JN: Would you want a musical to be made about your life?

DK: Sure. It would be about being respected by everybody. We played before Tyler, the Creator on the Main Stage today. I loved that. Even though we are worlds apart, I hope he cared about it and can be inspired by it. He’s very musical and aware of chord progressions.

I want to be myself, be unique and get respect from everybody.

JN: Who would you want to collaborate with?

DK: I’m not sure. I could do something in my world, but I don’t know if it would be that beneficial and exciting. We all do our things and are separate. If I could get Travis Scott or Kendrick as a feature on one of my tracks that would excite me.

They are amazing artists and it would be a wonderful step out of my comfort zone. That would be a total gamble.

JN: Do you worry about vocal strain?

DK: Yes, all the time. Today it was tough because it is day nine straight. There are some days where we do two a day and then at night.

I went to see a vocal coach last week to help things.

JN: You are touring throughout the rest of the year?

DK: Yes, just a few more festivals then around the United States and Canada through November.

JN: Any plans for Chicago?

DK: No. We played at the Bottom Lounge last night and it was great because we are not coming back for a long while. The last show was at Thalia Hall and it was beautiful!

JN: What do you want to tell people about you as a new artist?

DK: I want to attract people who are into something that is rooted in inclusive music, lyrically driven, but is also relying on hip hop for production. I hope it is something they haven’t heard before!