there was a big ta-do over the kiss. ...It was the first gay film and they wanted the first on screen kiss between two men 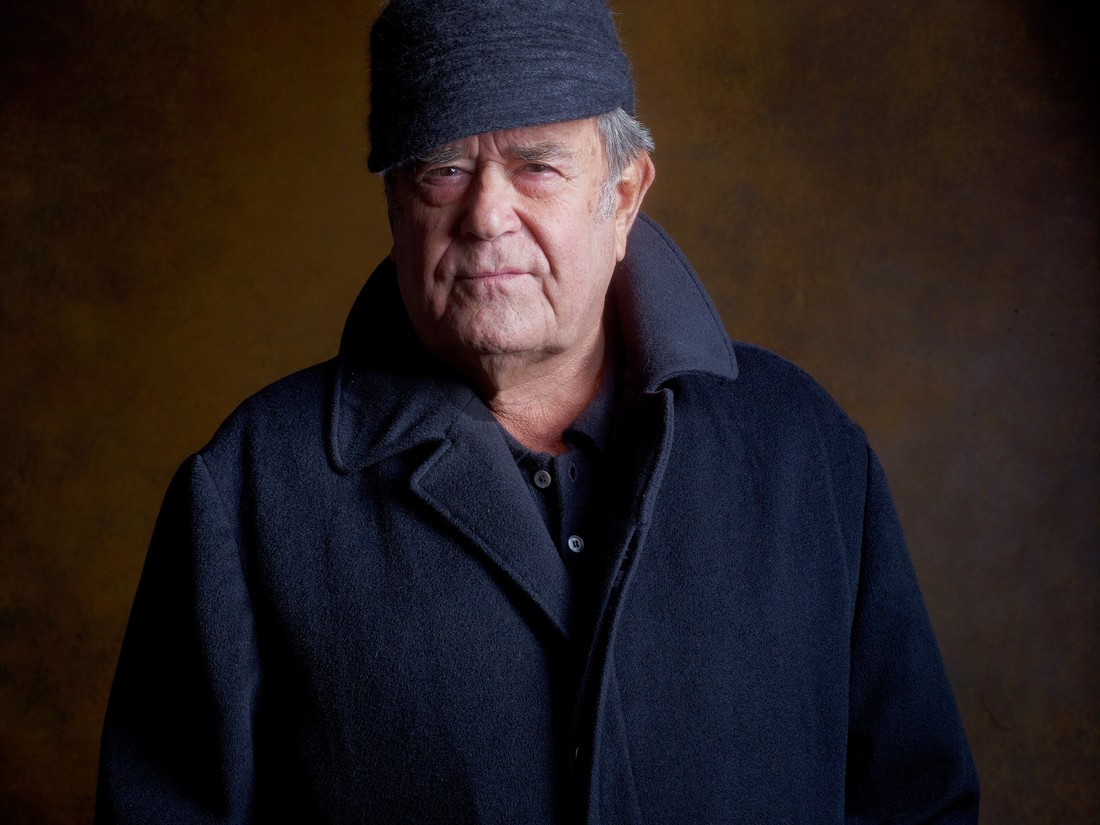 As Mart Crowley's groundbreaking play 1968 play Boys In The Band is currently enjoying an all-star, sold out Broadway revival with Jim Parsons, Matt Bomer and Zachary Quinto, I caught up with my friend, award winning stage and film actor Laurence Luckinbill who created the role of Hank fifty years ago in the original stage production of Boys In The Band as well as the 1970 hit film version directed by William Friedkin.  Many historians credit the play as sparking the gay rights movement which led to the Stonewall riots less than a year later.

MJR: (Michael J. Roberts) When did you first meet Boys In The Band playwright, Mart Crowley?

L.L.: (Laurence Luckinbill) I was at Catholic University as a Graduate student and Mart was an undergrad.  We met on campus at an old brick theater that was quite small, but was the original auditorium of the university.   The school was producing "lab"shows which was basically a place for the eccentric fringe characters of the drama department to develop original works or reinvent classics.  I can't remember if I was in one of the shows but we met, found out we were both from the south and struck up a friendship that lasted until today.

MJR: How did the role of Hank first come your way?

L.L.:It was late in 1967. I had been a working actor at that point for 11 years and started to make a mark.  I had won a couple of awards but of course I was poor as church mouse. Then I got a soap opera on CBS and began making some good money.    All of a sudden Mart came into town and wanted to meet up so I could read a new play he had just completed. The play was given to me at a small place called the Van Dam Street Theatre that was leased by Edward Albee's workshop group and only seated about 75 people.    So I picked up the play and read it that night.

MJR: What was your reaction when you read it?

L.L.: It was like nothing I had ever laid my eyes on before.  The next day I met Mark and he had the play in his arms, holding it like a baby.  He told me his own story about coming to New York and having the play rejected by actors, producers, directors and agents.  In fact even my own agent, who coincidentally represented the play, told me not to get involved with the play because it will wreck your career.

But, I really liked the play and I was friends with Mark so on that basis I told him I would do it.   Mark was very moved by that.

Then I told him I would love to play the lead, and he laughed and said "no", then I said, "well what about the smart mouthed guy?" and he said "no".  "Well who do want me to play?" Mark said "Hank". "The old cardigan guy!?" I replied. But I took the part and never looked back. I did it out of friendship more than anything else but it is the role that changed my life.

L.L.:There was a five night workshop which people have forgotten about that actually launched the play and we all worked for free.  We all met each other the first day of rehearsal knowing we had just a few days to rehearse. It is a difficult and complicated play to do.   We had to accommodate ourselves to each other so rapidly that I have always likened that first day of rehearsal as soldiers going into battle knowing that they have only each other to rely on.  Even though the rehearsal time was short it seemed long and tedious.

MJR: Talk about opening night and how the audience first received the play.

L.L.: I believe it was early January on 1968 and it was minus six degrees in New York.   I liken the play's opening night to whitewater rafting where people don't know the river they are in or the equipment they are using.  Whereas rehearsals seemed long, opening went by seemingly like wild horses. The play ended and the audience were on their feet.

The next morning I had to go to the bank to deposit my CBS soap opera check and I started walking toward the theatre.  I came to 6th Avenue and there was an enormous crowd of people in the street. I thought "oh my God, the theater is on fire".  But there were no sirens, no firetrucks, just people. And as I got closer, I could see the crowd of people extended north and went around the corner, across Houston Street and then west, into the village.  The line was at least ten blocks long. It was a quiet line as everyone was freezing, but it was a line of all gay men. I thought to myself, "holy crap!". The word of mouth overnight from this little closet of a theater spread throughout this community overnight.  As I got closer to the theatre, I could hear that they were begging for seats and the box office person saying there are not anymore to be had.

MJR: Is that when you knew you were a  part of something revolutionary?

L.L.: It was after seeing that line of men standing in the frigid cold, begging for seats that I realized it Boys In The Band is more than a play.  I was in a piece of social justice.  I was at the right place, were I had needed to be, working for nothing but doing a play that had an impact on a community that until that point had been silenced and put into a closet.  Now that closet door was ajar and people could see out. The audience could see this cast and almost as a mirror, see themselves as human beings, not gay or queer, just human beings. This work has been the bellwether of my life every since.

MJR: What was the process like of translating the play to film?

L.L.: Much of the success of the film version has to go to Billy (William Friedkin).  He really respected the actors. He is Chicago guy so he had a smart mouth and a tough attitude, but he was extremely skilled.  He knew cameras, he knew angles, he knew lighting, he knew dynamism of a film and how it should be cut.

Billy was also respectful that we were all in play for eighteen months before we started filming the movie.  He said he can't mess with our performances because each of us knew who we were as characters, but that we would find a way to recreate that feeling as if we were back on the stage, and he did.

MJR: Did your performance as Hank change from stage to film?

L.L.: Not terribly.  I remember it was my big scene and I took it in a very method way which took a great deal of set time.  Instead of saying "Come on Larry, hurry up", Billy let me work through it and appreciated the performance I was giving.

MJR: Where there any major challenges adapting Boys In The Band to film?

L.L.: Well, there was a big ta-do over "the kiss".  They wanted to have a kiss between me and Larry (Keith Prentice) but we both refused to do it because in the original development of our characters, Bob Moore (the stage director) didn't want our relationship problems to be seemingly solved with a kiss.  But the film people really wanted a kiss because of the marketing. It was the first gay film and they wanted the first on screen kiss between two men. Keith and I thought it was just for sensationalism as it didn't benefit the story and also would go against the message of the play.  Long story short is we did film 'the kissing scene' but it never made it into the final cut.

MJR:  Comment of the relevancy of Boys in The Band against our current political climate.

L.L.:  Michael, don't get me going on that as I think you and I are cut from the same cloth when it comes to our politics.   I think the mistake people make is referencing Boys In The Band as a gay play because it is much more than that.  The sexuality of the characters is merely a backdrop to how a group of best friends navigate through life.  The play deals with addiction, infidelity, marriage, divorce, trust and love. It is a mirror into who we are as people which will always make Boys In The Band a relevant piece of society.

For more information on Mr. Luckinbill, visit laurenceluckinbill.com.  For information on the Broadway revival of Boys In The Band at the Booth Theatre visit BoysInTheBand.com