I am trying to make the musician community more queer. 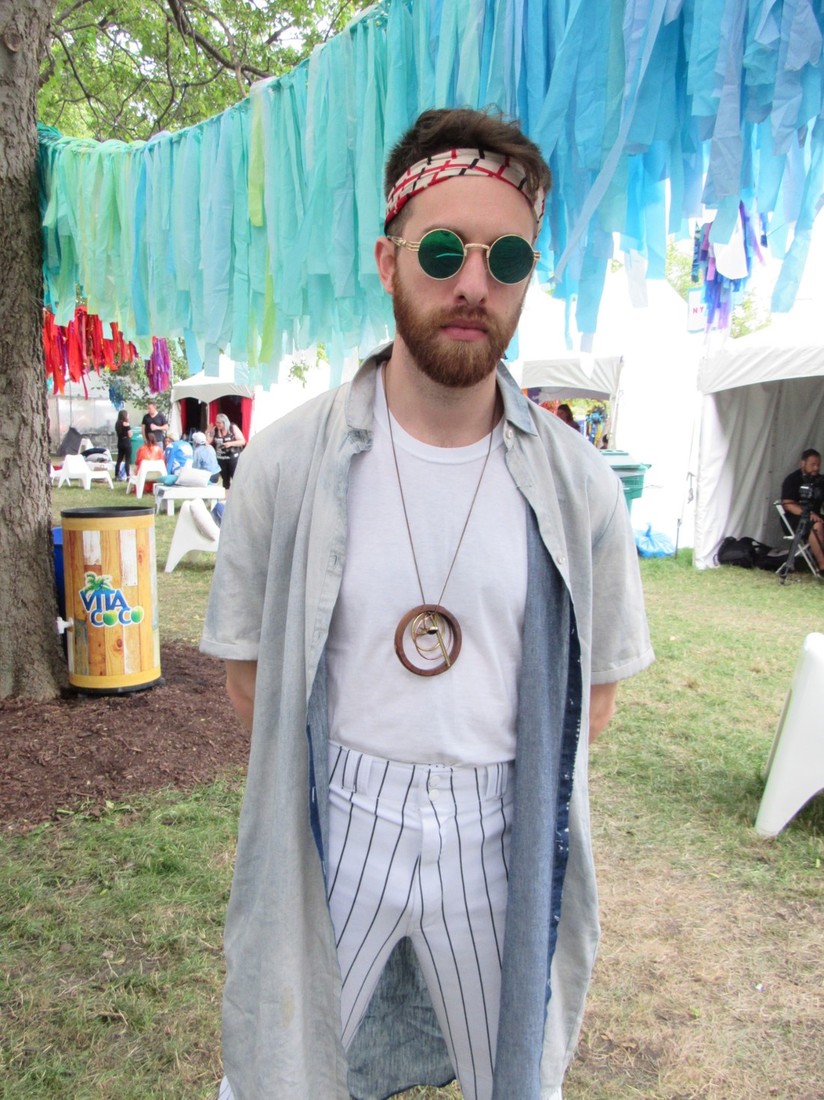 Out musician Michael Blume dances to the beat of his own drum. Hailing from Montclair, New Jersey,  but now based in New York, this jack of many trades raps, sings, and writes songs. On top of that he is fluent in Spanish and Portuguese.

His debut EP was released last year called When I Get It Right in July 2016. Blume performed at festivals around the country. He has released several singles in 2017 with “I Am Not a Trend (No Rules)” and recently with “Lifting You.”

He sat down to talk about his endeavors the last time he was in Chicago.

JN: (Jerry Nunn) Are you a New Yorker?

MB: (Michael Blume) I grew up in New Jersey, so at first I was not a New Yorker, but now I am. I lived there and identify with the artistic community. Now I live in Harlem.

MB: No. I went to Yale and was a Latin American studies major. I lived in Brazil and was going to study but took some time off to sing in an a cappella group. The group was from Yale and we would wear tuxedos while traveling around the world. I fell in love with singing and traveling. I wanted to do that with my music. I came back to school and re-oriented. I had always had a band but that was extra curricular.

I moved to New York and have been doing it for four years now.

JN: Do you write all of the music?

MB: Yes, for the most part. Sometimes I will write with someone else, but usually it is just me.

JN: Explain the jewelry in the video for “Colors.”

MB: I have been working on a bunch of records. It is the first song off the new record.

JN: What is the inspiration behind it?

MB: All of us have a unique intersection. You are from the south, gay, and a journalist. You have something that is unique to you. We all have our own needs, goals, thoughts, and anxieties. as a result we all need to do what makes us happy. It is not being selfish, but it is self care.

The world would all be a better place if we are all happy. We need to realize that we are not trends. We are living, breathing organisms that are unique from other organisms.

It is song about self love and self worth.

JN: That is so important in the gay community.

MB: Especially in the gay community! We created a monolithic idea of what it means to be gay. Everyone thinks they have to be a certain way.

JN: What is your scene in the gay community?

MB: That is a good question. I don’t have tons of gay friends. I come from the musician scene. Until recently I was doing corporate or wedding gigs. Many of my friends are drummers and sax players. They are jazz nerds and went to Juilliard or the church scene. The scene I come from is musicians.

I am trying to make the musician community more queer. I would like to fuse it all together.

JN: What are your thoughts of openly gay musicians like Cazwell and Big Dipper?

MB: I love seeing gay people take up different spaces and slices of music, such as EDM and dance. I am doing a pop, soul project. I am supportive of individual expression in all kinds of places.

On my first EP was about being gay. That is where I was, and coming to terms with being gay. Now I am at a point where I am not hiding that, but I don’t feel the need to be as explicit about it anymore. It is part of who I am.

JN: Was the song “How High” focused on stretching your voice?

MB: I just write songs and sing. I like to use my voice in weird ways. I am a baritone but I have some falsetto. It is supposed to be a very vulnerable part of my voice. The song is also vulnerable. It is about catching up on love and traditional romantic structures. Things I felt excluded from my whole life with all of these straight friends. People had boyfriends and girlfriends who went to the dance together. I was 12 years old and no idea who I was.

Even now as a 27 year old professional recording artist I am still trying to figure out what it means to have a boyfriend. What does it mean to have love and be loved in that kind of way?

MB: Some of them are abstract but that one is from my point of view.