Poptone's Daniel Ash and Kevin Haskins reminisce about history together 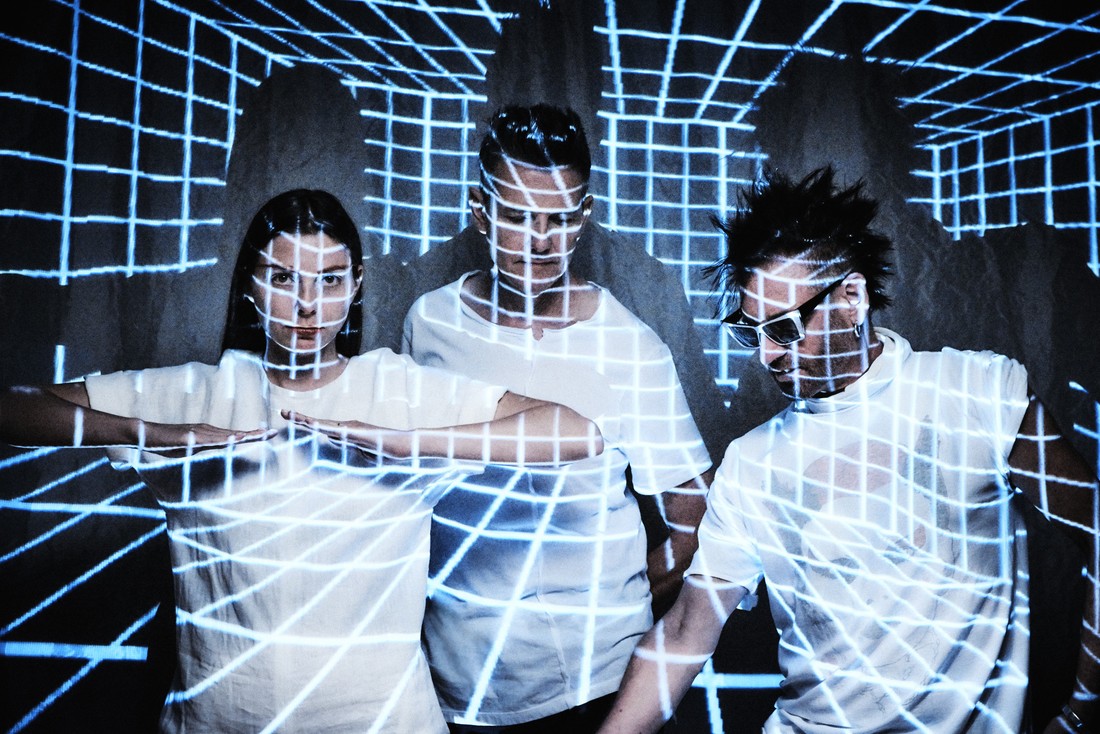 Who is Poptone? It is the closest thing we will get to Love and Rockets and Bauhuas these days. For those of you that like glam goth rockers, Poptone is created for a whole new generation of fans.

For Daniel Ash and Kevin Haskins, Poptone is career retrospective project covering the three main groups they've played in together.

The two formed the English band, Bauhaus, in 1978 with Peter Murphy and David J. Murphy. When they left the band, Ash and Haskins formed Tones on Tail. Later, David reunited with them to create Love and Rockets.

With Poptone David is out of the picture again and Haskins daughter, Diva Dompe, has joined with them to tour and make new music and to share some old memories.

Before heading to Chicago to the Metro on July 9, two of the trio talked on the phone about their evolving career in music.

JN: (Jerry Nunn) Where are you from and where did you meet?

KH: (Kevin Haskins) I am from Northhampton, England and so is Daniel. I first observed Daniel at art school. He would ride up on motorbikes that he built. He had a unique look to him. I was very curious about him.

Northampton is a small market town. It is known for boots and shoes. It is kind of boring. The Bauhaus song “In the Flat Field” was about growing up in a small town. I think that motivated us to make music.

JN: Peter Murphy was from there also?

KH: Peter was from Wellingborough. It was about ten miles away, an even smaller town.

JN: Had you played instruments before?

KH: I had started drumming since I was 13 years old. I was in a covers band with my brother David. We were called Jam. We played in clubs and American Air Force bases. My brother and I went to see Dr. Feelgood and that really inspired us. When one of the Jam wanted to do a Carpenters cover and we wanted to do a Feelgood song that was the end of the group. We were going in different directions.

We were in a few other new wave pop bands until Daniel created Bauhaus with Peter and asked me to join.

DA: (Daniel Ash) I had known Peter Murphy since we were 12 years old. When I left to go to artsy forty school, Pete got a job in a factory. I hadn’t seen him for five years. I got in the car one day and knocked on his door. I played a cassette for him that I had made with Kevin and David. I had never recored in the studio before. I was proud of it and showing off. I was over the moon that we get something on the cassette that actually sounded like a band. I asked him to be in the band and it was instant. I always thought he should be in a band because of the way he looked and everything, even if he was playing bongos.

That lasted for four years. I was doing Tones on Tail as a side thing. I asked Kevin here to join. That lasted only about a year and a half, then the Love and Rockets thing started with David.

JN: Which band was your favorite?

DA: The Tones is my favorite out of the three because it sounded like music from another planet. It has an alien quality to it. It is very strange. All the tracks are toe tappers. It is not obscure for the sake of it. I think it has really stood the test of time. It could have been recorded last week.

Coming full circle here we are right now. About 70 percent of the set is Tones songs. Me and Kevin can’t wait to play this stuff. It is a lot of fun. I haven’t had so much in years.

JN: You arrive in Chicago for the last date of the tour.

KH: We should be warmed up by then.

DA: Just about. I think I will have a drink after that gig or two or 14.

JN: Where did the Poptone name come from?

DA: Right up to the eleventh hour we were going to call this whole thing Slice of Life. Kevin called me the morning of when the t-shirts would be made to tell me the name has been taken.

I woke up at 4 a.m. the next morning and thought of Poptone. It comes from “Poptones,” which is the Public Image Limited song.

It is perfect because it sounds like 21st century Tones on Tail. I didn’t want to use Tones on Tail because Glen Campling, our original bass player, wasn’t in the band. This sets me free to do those tracks with other tracks.

The logo we are using is on the goth side if you like. I think the image with the ultra modern font of Poptone covers all the areas.

JN: What kind of music will Poptone make?

DA: I have no idea whatsoever. That is the whole beauty of it. Who knows what will happen because we have Diva onboard. Every band has a very specific chemistry. The chemistry between Bauhaus and Love and Rockets is extremely different, because it was just one member that was not there.

We are concentrating on this tour until October. We have tunnel vision on this and getting it done right. Hopefully we will be a killer live band.

JN: What will it be like touring with your daughter, Kevin?

KH: I am looking forward to touring with her. I love her very much and I love Daniel too. I think we will get on very well and click musically. She has a beautiful soul. I can’t say enough nice things about her, but I am bit biased.

DA: I don’t know Diva very well yet, but I think the chemistry will be interesting. We have been rehearsing and we are not clashing. We see eye to eye right now. We will see what happens over the tour. It is sounding great so far. We want to keep this vibe going.

JN: What has your look been inspired by over the years?

DA: With me it was the whole glam rock style, specifically “Ziggy Stardust” when David Bowie was doing that, also T. Rex, Iggy Pop, and Lou Reed. The time was around 1972. When the punk thing came a few years later I remember seeing the Sex Pistols at the Top of the Pops. I was so hyped up I had to run around the block three times to come down from it. A hole had been punched into conservative old farts. That movement had a huge impact on me.

Oh, and a bit of Glenn Miller was thrown in too. My dad said I was conceived to “Moonlight Serenade.”

JN: Where did The Bubblemen music come from? I had the record!

DA: It was first from a doodle from the Bauhaus album Mask. If you look on the right hand corner there is a little black Bubbleman right there. That was the very first one.

He evolved during the Tones on Tail project.

He is a safety valve. When everything gets a bit serious we just start drawing Bubblemen and it breaks the mood.

Just grab a pen and paper then draw a Bubbleman. Look at the face. That is state of mind you are in at that exact moment in time. Tell everyone this story because it is true.

JN: I used to draw them on my notebook in high school.

DA: You need to look back at those drawings. It will be on the face of the Bubbleman exactly how you were feeling. That is my story and I’m sticking to it!

JN: I love the explanation. I look forward to meeting you after the show at Metro.

DA: Since it is our last show we will probably be having a drinkie winkie so come join us!