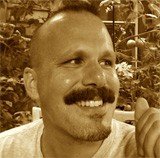 For the gay reader, celebrated author Robert Rodi (Fag Hag, Closet Case, Kept Boy) is quintessentially relatable. He has written about topics and concerns that we just seem to understand: self-loathing, obsessive love, bitchy catfights, narcissistic celebrities, and the stereotypically omniscient drag queen to name only a few. With his latest release, When You Were Me (Kensington), Rodi tackles our most coveted and feared subject of all—age. And, without disappointment, he does this with the wit and charm that only he can put to the page.

Rodi sat down with ChicagoPride.com for an exclusive interview to discuss his new work.

PJ: How long did it take you to write When You Were Me?

RR: I wrote it over the course of a year, which is about par for me. Of course, I could also say it took fifty years, because this particular book holds everything I’ve learned as a man, from my twenties right through to middle age. I could say that, but it sounds just a tad pretentious so I won’t.

PJ: The book is set in Chicago where you reside. How did that affect your character and story development?

RR: What I love about Chicago is that it’s the best of both worlds; it’s as cosmopolitan as any city on either coast, but given its relative isolation here in the Midwest it’s also in many ways quite provincial. This is rich fodder for comedy. It’s still possible to write a comedy of manners, living here; whereas in New York or L.A. you can’t; society’s too fragmented there.

People live their lives in little frictionless enclaves, in a way that’s unimaginable in Chicago.

PJ: How would you describe Chicago’s gay community?

PJ: Mysticism plays a very important role in the story. Are you a believer?

RR: I’m a complete skeptic. The mysticism in this story was just a storytelling device; a means of mixing up my characters as the plot required. But I did want to give it some verisimilitude. I wanted the reader to be able to suspend his disbelief and buy into it on its own terms. I mean, I’m a rationalist agnostic, but I like Buffy the Vampire Slayer.

PJ: In the book, one of your main characters, Jack, is regretful of his early adulthood. Is there anything you regret about yours?

RR: I think everyone carries around some regret, either about specific decisions or, more broadly, the Road Not Taken. But Jack’s therapist is one of my stand-ins in the novel; and at one point he tells Jack, “There’s not a man or woman alive who isn’t convinced his or her youth was wasted.” My general feeling is, the life I’ve lived produced the man I am; so to regret any part of it would be a kind of self-hatred.

PJ: One of the apparent themes of When You Were Me is the old idea that “the grass is always greener...” Is there anyone you’d wish to switch places with?

RR: Not permanently, no; but it might be nice, just for novelty’s sake, to switch places with someone who has a full head of hair. Not that I mind being bald — I think it suits me — but it’d be a kick to run my fingers through some lanky, silken locks. I wouldn’t mind being Patrick Dempsey for a day.