Brent Corrigan on the love/hate relationship with his ultra fans

Some love me – but there’s no denying it – more people love to hate me. 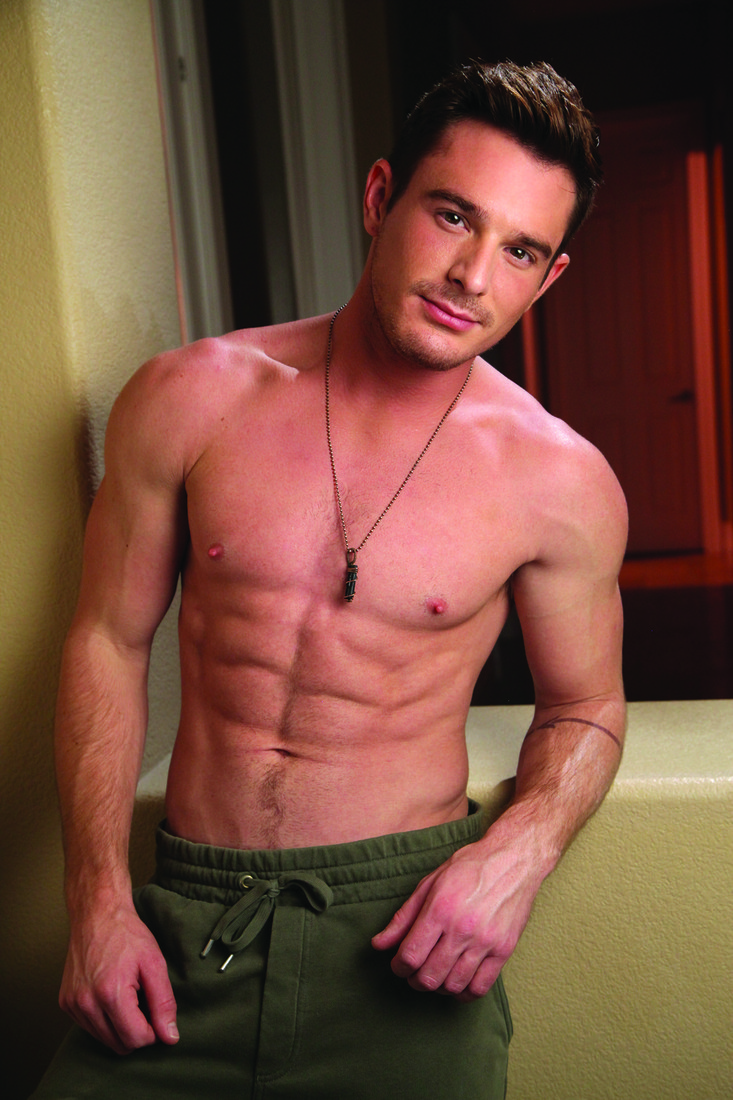 Many of his films (those underage films have since been removed from circulation) were produced with Cobra Video, a company featured in the movie King Cobra starring James Franco.

He has since returned to the adult film industry with his latest film, "Ultrafan."

With an upcoming visit to Chicago over Memorial Day weekend, Brent chatted with Tom Olah in this interview originally published by Grab Magazine.

BC: (Brent Corrigan) Yes. I was actually conceived during Valentine’s Day week while my mom was a ski instructor in Idaho. I was a total mistake. [Laughs]

TO: Does this mean you never had a birthday party because your friends were all trick or treating?

BC: When I was a kid, I had the biggest party in the neighborhood. But as an adult, I just get really dressed up all weekend long and do lots of different things and costumes. I’m a big costumer. Sometimes it’s a little frustrating when my friends choose not to join me. This year, I’m 31 on October 31, so I’m throwing a huge public masquerade ball in New Orleans. Keep an eye on Twitter for details on that to come. [Smiles]

TO: You are known for your love of horses. How and when did horses come into your life?

BC: Growing up obsessed, they called me Pony Boy at my school. I had to pick up rocks in paddocks, muck stalls and beg horse owners to let me ride their horses. I insisted on having horses around me even if I couldn’t pay for lessons or buy one of my own. They’ve always been an element in my life. My first several years in adult media, I kept my interest in them quiet because I didn’t want people to make dirty jokes.

TO: I remember first seeing you in the mega hit “Velvet Mafia.” What was that era of filmmaking like?

BC: Was it a hit? I was so far removed from the industry then. Uninvited, really, so I had no clue it was well received. I remember so many other things about that era that are more personal than professional. Meeting Rush for the first time on that set, I was so awestruck. I remember thinking, “This is kinda weird. All these big muscular men running around calling each other ‘Mary’ or ‘Girl’.” They used feminine pronouns on each other rampantly. At that time, I’d spent so much energy ensuring a more “straight-acting” exterior. I was afraid to let up even a little bit. But I guess being a well-known twink bottom automatically made me appear fem. I didn’t realize it but they were teaching me to just be myself. It has stuck with me all these years.

TO: I think you have been making films for 12-plus years. Do you still have a performer that you still want to work with?

TO: You first started directing films in 2008. Why did you want to direct?

TO: You wrote, produced, directed and starred in “Ultrafan.” Why was this story important for you to tell?

BC: In non-porn media, they insist we “write what we know.” When I returned to porn after nearly a four year break, I was struggling to shift gears. I wanted to be back but I felt a tremendous amount of pressure to be somehow perfect – a great example of how hype usually hinders and not helps. So I did a few months of cam shows. I think Zach Sire called them “half-baked.” And then I saw this Elijah Wood film called “The Piano.” It was then I realized what I really needed was something or someone that spurred me into action to be the best version of me or else. “UltraFan” really is just a crazy fantasy of mine come to fruition on a Naked Sword set.

TO: For you, how does the writing process work?

BC: I outline my themes and plot for D.P. Welles and he puts pen to paper. He understands structure and how to write without over-dialoguing. I’m a wordy motherfucker. I stay out of that part. Then I take what he sends me and send my refinements. That works well.

TO: To me “Ultrafan” seems part fantasy and part real life; at the end of the movie, you are speaking to the live cam camera and it seems very real life to me. Was it?

BC: There will always be a bit of real me in everything I do for media. I decided way back when that I was going to be happiest and most successful if I just worked to be me and let the pieces fall as they may. It’s why I am so polarizing, I guess. Some love me – but there’s no denying it – more people love to hate me.

TO: Why did you feel you had to have your say?

BC: You will always know where you stand with me. I’m a communicator. It’s a blessing and a curse. Drives some crazy and makes me look even more nuts than I actually am. [Laughs]

TO: I have to say I truly enjoyed “Ultrafan.” Does that mean there will be more movies with Brent Corrigan writing, producing, directing and starring

TO: What can we look forward to be seeing you in this year?

TO: Best way for your fans to keep up with all things Brent Corrigan?

BC: These days it’s Twitter or TheNewBrentCorrigan.com that will relaunch Grabby weekend.

TO: Final question: You have said that the movie “King Cobra” was not your story but some day you would watch the movie. Have you seen “King Cobra” yet?

BC: No, I haven’t seen it. I spoke at length regarding my experience with the filmmakers and my stance on everything in an interview last spring. I’ve made peace with it.

Brent Corrigan and JJ Knight will be performing Monday May 29 at 9 p.m. live at Steamworks 3246 N. Halsted. His appearance will also coincide with the annual International Mr. Leather (IML) and Grabby Awards.