Slave to love: an interview with gay writer James Magruder

The ego, self-delusion and bravery required to be a stage artist in this country is perpetual comic gold. 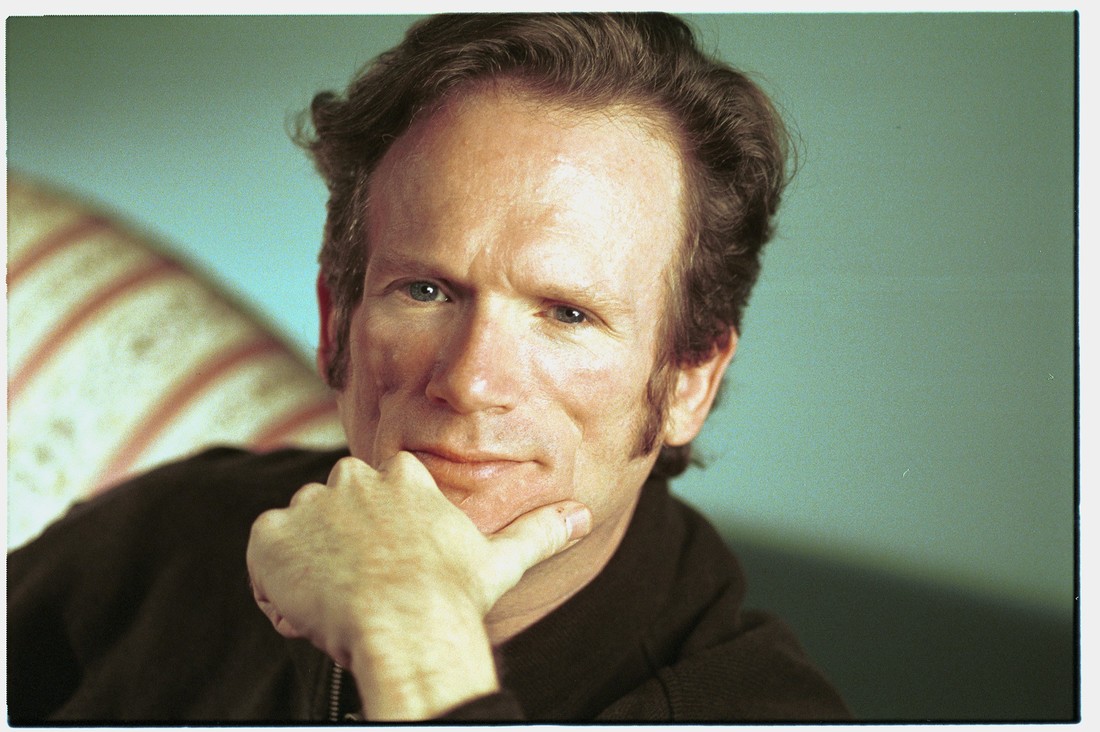 James Magruder is a busy man. In addition to teaching at Swarthmore College, Magruder’s 21st century output has included his 2009 debut novel Sugarless and the 2014 linked short story collection Let Me See It. His sexy and funny new novel, Love Slaves of Helen Hadley Hall (Queen’s Ferry Press, 2016), takes readers back to 1983 on the campus of Yale University. The Helen Hadley Hall of the title is the dormitory that is site of a series of escapades, sexual and social, hilarious and heartbreaking, and all observed and reported by none other than the ghost of Helen Hadley herself. A playwright whose works have been performed on and off-Broadway and around the globe, Magruder was good enough to answer some interview questions after returning to the States following a trip to Italy. [Magruder reads in Chicago on July 28 at Women & Children First.]

James Magruder: Good call, Gregg [laughs]. Both books are saturated with sex, although Love Slaves covers more bases and more orientations. The stick of gum in Sugarless was metaphorical, while the doughnuts are a major plot point in Love Slaves. The fabulous painter Lori Larusso, whom I met at (artists’ colony) MacDowell in 2010, agreed to create the cover. (You can find her work at www.lorilarusso.com.) I'm thrilled with what she came up with. Those doughnuts look luscious but are potentially dangerous.

GS: Love Slaves of Helen Hadley Hall utilizes the device of narration by an “ectoplasmic emanation.” Why did you choose to tell the story in that way?

JM: I think you know that this book took seventeen years to write, nearly one third of my life. I started it in 1996 before I had any business writing fiction. Over the years I tried several different narrators. Trouble was, no single love slave--and there are five of them in the novel--could possibly be able to narrate all these concurrent plot lines, so eventually I had to rule out first person. On the other hand, an unbiased "historical" third person perspective ran counter to my incurable need to employ as broad a lexicon as possible. Fifteen years in, I had a "Eureka!" moment at the Virginia Center for the Creative Arts. What if Helen Hadley herself, 121 years young, who had been on page one all along, in a full-length portrait, told the story? She's been watching her grad students (in the Yale dorm that bears her name) since the building went up in 1958. Because she's something of a ghost, she can be everywhere at once. She can also be biased about the actions of her favorites. Every now and then in the book, she reveals something of her own past in first person, but a lady to the last, she's less interested in herself than in her five favorites of 1983-1984.

GS: What do you think Helen Hadley would think of the voice which you gave to her?

JM: An agent who rejected the manuscript way back in 2002 said he couldn't understand why I would lavish such ornate language on such silly characters. That was, I thought at the time, the whole point. Nearly ten years later my editor at Wisconsin, which published Sugarless, said the same thing in a different way. Once I made Helen the narrator, I had an answer. Miss Hadley has picked up generations of lingo, Victorian to hip-hop--and therefore can, as the occasion calls for it, be arch, bemused, filthy, formal, judgmental, astonished, political, what have you, a cross between Ronald Firbank and Dennis Cooper. Helen trained as a chemist and nothing can make her blush. I think she's proud of that and proud she's kept up with decades of slang, critical jargon, and cultural references.

GS: How do you think the Yale community, past and present, will react to the book?

JM: Well, wouldn't it be wonderful if Love Slaves became a permanent part of Yale literature--joining the ranks of Dink Stover at Yale and Buckley's God and Man at Yale [laughs]? With one exception, the characters in the book (and there are several dozen) are based on real people I met and knew and studied with or under at Yale in the early '80s. I think anyone who has gone to graduate school can relate to these geniuses who are utter idiots when it comes to love and sex. This isn't an exposé, or a roman à clef. I think of it as a satirical but ultimately affectionate tribute to a special time in my life and to a weird crossroads in American culture.

JM: My age lines up with the decades, so the '80s were my twenties, which were great until AIDS hit, and I contracted the virus. The '90s were a trial until my immune system recovered. I'll probably always think of myself as a child of the '70's, but I have to say that I love where I'm at right now. I've earned the gray.

GS: The recent passing of Nancy Reagan, who gets named-checked in chapter five, seems to have stirred up all sorts of `80s nostalgia in people. Would you care to comment on Mrs. Reagan and the legacy of her husband?

JM: I believe Helen Hadley, who shares my politics, calls her the "crystal-gazing, gargantuan-headed First Lady." The Reagans were horrible, mendacious people, and they set this country on a course of venality from which has yet to be corrected. They sowed the seeds for Trump and Cruz and Bachmann and Palin and Carson and Coulter and Limbaugh and that grotesque brisket-necked Mitch McConnell and....

GS: In 1983, it was still possible for someone such as your character Carolann, not to have knowingly met any queer folks, as she does in the novel. What do you think that says about how times have changed?

JM: Carolann, a suburban wife and mother who is hurled into the Yale French Department at the age of 39, has been shielded so far from the homosexual matrix. Unthinkable today. The more time I spent on this book, the more historical it became. There was no Internet, next to no cable TV, Madonna was a brand-new artist. AIDS, which is discovered to be caused by a virus in the second half of the book, and the activism it unleashed, made gays and lesbians permanently visible.

GS: The religions of characters such as Randall and Becky also figure into the novel.

JM: It was fun to return to the world of Christian fundamentalists, which plays a very strong element in Sugarless, and to have Becky Engelking, a full-gospel Baptist from Iowa, really examine the pros and cons of her faith. Randall Flinn's steadfast Catholic faith creates his greatest obstacle, yet becomes his greatest solace. Everyone else just wants to get laid.

GS: Does writing about theater majors, as a theater person yourself, work in your favor or against it?

JM: The ego, self-delusion and bravery required to be a stage artist in this country is perpetual comic gold. I was happy to strip-mine my time at the Yale School of Drama, both my three years as a student in harness, and my eleven years as a professor of translation and adaptation, for Love Slaves.

JM: I'm an adjunct at Swarthmore, a Quaker college with utterly brilliant students who are guilty about their privilege. It makes for a great teaching environment. The "Swotties" refer to their school as "The PC Olympics" and fall over themselves, in a sweet way, to be inclusive, progressive, and free of micro-aggressions. The burning question of sexual identity--so ‘80s, so very much a part of Love Slaves of Helen Hadley Hall--has been replaced by the burning question of gender identity. I do wish I had more patience with it. I'm too much of a grammarian (aka geezer) to change "he" and "she" to "they" in a classroom situation.

GS: The movie Edge of Seventeen, which is also set in the 1980s, was recently reissued on DVD. If there was a movie version of Love Slaves of Helen Hadley Hall, how would you like to see it cast?

JM: OMG, I haven't seen that movie since it came out. Must watch it again [laughs]. Being in my fifties, with no television or streaming or whatever, I'm completely at a loss regarding young talent. I can page through an entire issue of People at the dentist's office and not know anybody. For Love Slaves, I would only know how to cast the adult roles. Allison Janney would make a great Helen Hadley, ectoplasmic or not. Shohreh Aghdashloo would kill as Runteleh Gidwitz. So would Isabelle Huppert. Amy Poehler or Toni Colette for Carolann Chudek. Geoffrey Rush for Nathaniel Gates.

GS: In addition to the publication of the novel this year, you are also busy in terms of theater.

JM: I write more fiction now than plays, but I got a new theater agent last year, and because he explicitly asked me what my next play was about, I decided I better have a next play. So I wrote Keep Your Forks, a comedy about a gay trophy husband whose lover kicks him out after thirty years. My hero, Eddie, is selfish, bitchy, entitled, and has no life skills. Can he re-boot himself at the age of fifty? It could have been a novel, but it's much easier and ten times as fast (for me) to draft a play. Forks is getting a first workshop in June at Berkeley Repertory Theater. I also have another play making the rounds and am working on a musical version of an under-known gay American novel.