Will Davis Talks Inge and Xanadu

A lot of my work has been about identity in different ways. 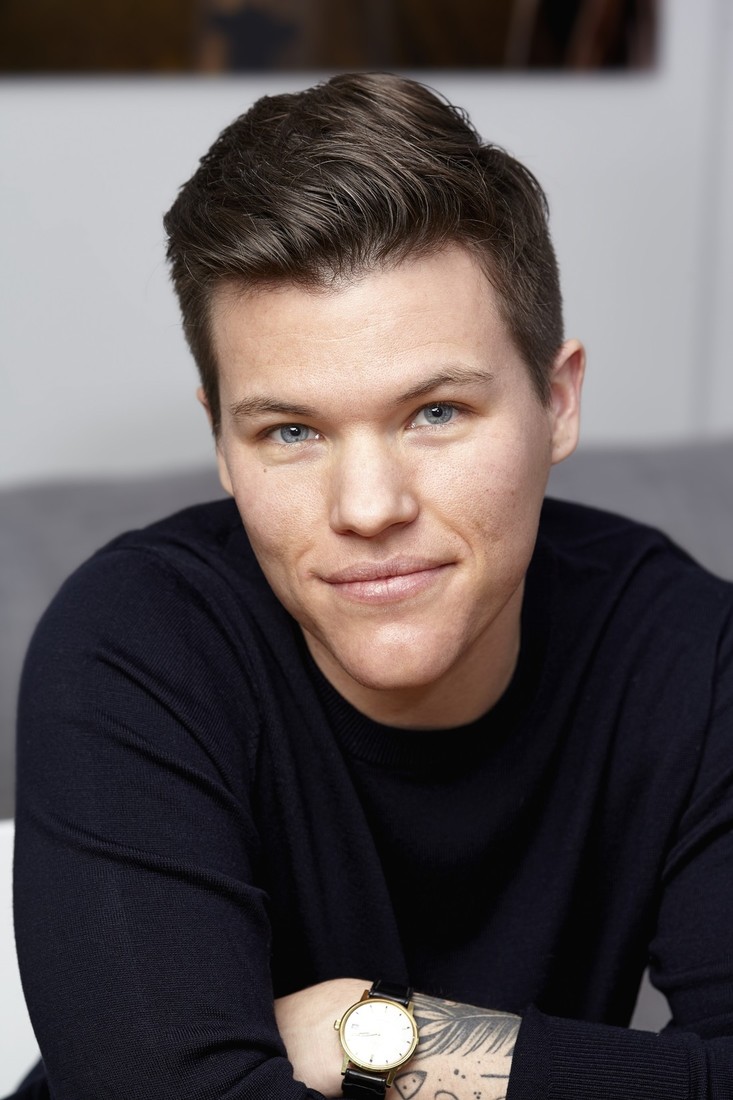 Will Davis is the new artistic director for American Theater Company in Chicago. Davis brings experience from choreography as well as directing to the table. Most recently Men on Boats announced an Off-Broadway run coming this summer spotlighting the work of Davis.

After earning a BFA in Theatre Studies from DePaul University, this is a return to Chicago for the newly appointed trans artistic director.

Davis currently an artist in residence at the Brooklyn Art Exchange while developing a new work inspired by William Inge's Picnic.

We sat down to chat over coffee recently.

JN: (Jerry Nunn) Hi, Will. Start off about your background.

WD: (Will Davis) I grew up in northern California near San Francisco in a little town called Santa Cruz. It is a magical beach resort basically. It is right on the bay with redwood trees.

My father grew up in South Africa and my mom is from Upstate, New York.

I moved to Chicago to go to DePaul. It was total culture shock when I moved here. I spent the last three years in New York. I am very interested in the communities that we have in America.

JN: Did you always love theater growing up?

WD: I came to theater through dance. I studied ballet all of my young life. I participated in some theater projects when I was younger. At that the time I understood that being a ballerina was not going to be for me so became an actor. Through college I transitioned into directing.

The way I think about bodies and movement is a big part of my style as a director.

JN: Are you going to spend a lot of time in Chicago?

WD: Yes, indeed. Between now and November I will be in and out. When I was interviewing for this job I had three projects that I was committed to. I am working remotely then I will be in the ATC office once or twice a month. Starting in November I will be a full time resident in Chicago. Right now I am trying to devote my energies to the staff.

There will be conversations about what ATC looks like in the future. For me that is about community engagement and making sure that part of my coming onboard is about opening it's doors to the community. I want it to be a hub for artists to work on things.

JN: Did did a past production with ATC I read.

WD: Yes, I did my BFA at DePaul. When I finished I knew I wanted to start a directing career. I had nothing to show for myself except my passion and curiosity. Damon Kiely was running ATC at the time. I met him through a friend and he offered to take me under his wing. I assisted on his production of The Dark at the Top of the Stairs. That is when I fell in love with William Inge.

I have a beautiful circle going on because ATC was the first place that took me in. It is really cool to be coming back around to the company. It feels very special to me.

JN: ATC is about exploring what it is to be American?

WD: Yes, and that is why I applied for this job. What does it mean to be an American today? The question of that is always pointing at now. It allows someone to say what lens that will be through. A lot of my work has been about identity in different ways. Part of that for me falls into the question of gender identity certainly but also about what it means to be an American theater artist. I feel like ATC is beautifully positioned to ask questions in the field because of it's mission. I'm very excited about that.

JN: Are there LGBT themed plays in the works?

WD: There is William Inge's Picnic. It won a Pulitzer Prize but is not produced a lot. They do produce Tennessee Williams often. They were contemporaries.

I have been obsessing about Picnic for six years. I think of that play as a place where I can pull that source material through a queer, feminist, experimental lens. I can open that work up to a group of people that Inge would never have imagined in his own work. His story was a bit of a tragedy.

I think of picnic as somewhere we can open up a queer heartbeat inside of it. I offer it as a love letter to the ghost of Inge. His ghost might not like to receive the gift but that is a vital and interesting conversation to be having.

There is a big empty shelf where the AIDS epidemic has made us lose artists. We don't have their work. I think about myself and the shoulders of people I stand on who have done things that made my career possible as a queer theater maker. I think about how I am reaching back and detailing this legacy of the work. Inge was never out.

JN: I don't think Tennessee Williams was out either.

WD: No, not really. He had more of a direct conversation but no. He couldn't be. I am interested in having a dialogue with those works that are part of our history.

JN: Maybe those writers would love that.

WD: Maybe they would. I just want to make it with so much joy and celebration. That is one project that fits within the mission of ATC.

What does it feel like to be an American and me running ATC? It feels like a good marriage.

JN: You have a production of Xanadu coming up.

WD: Yes, I saw the scenic model yesterday. I am so excited. It is a musical on roller skates so I would go for that alone. This has been done to this space. When you walk into ATC this spring you are going to walk into a roller rink. It will be a bit of an immersive experience. You can pull your chair up to the bumper and look into this beautiful piece of very sophisticated camp. The point ATC is to lean into that.

Xanadu was a guilty pleasure of the late artistic director PJ Paparelli. It has been programmed to close this Legacy Season. This is a way to memorialize this man who made really significant work of heavy, difficult subject matter.

JN: I used to sing to the record before my voice changed to Olivia Newton-John.

WD: I will tell you about that voice change. I totally get it. I used to sing too!

JN: Are you coming in town for the Xanadu themed gala?

WD: Yes, I will be there. We will be rolling deep in disco balls!

Look for ATC's gala A Million Lights Are Dancing on April 8. More information on this season's productions such as Kill Floor currently running through May 1 can be found at www.atcweb.org.