We take bits and pieces and muddle them around with fiction. 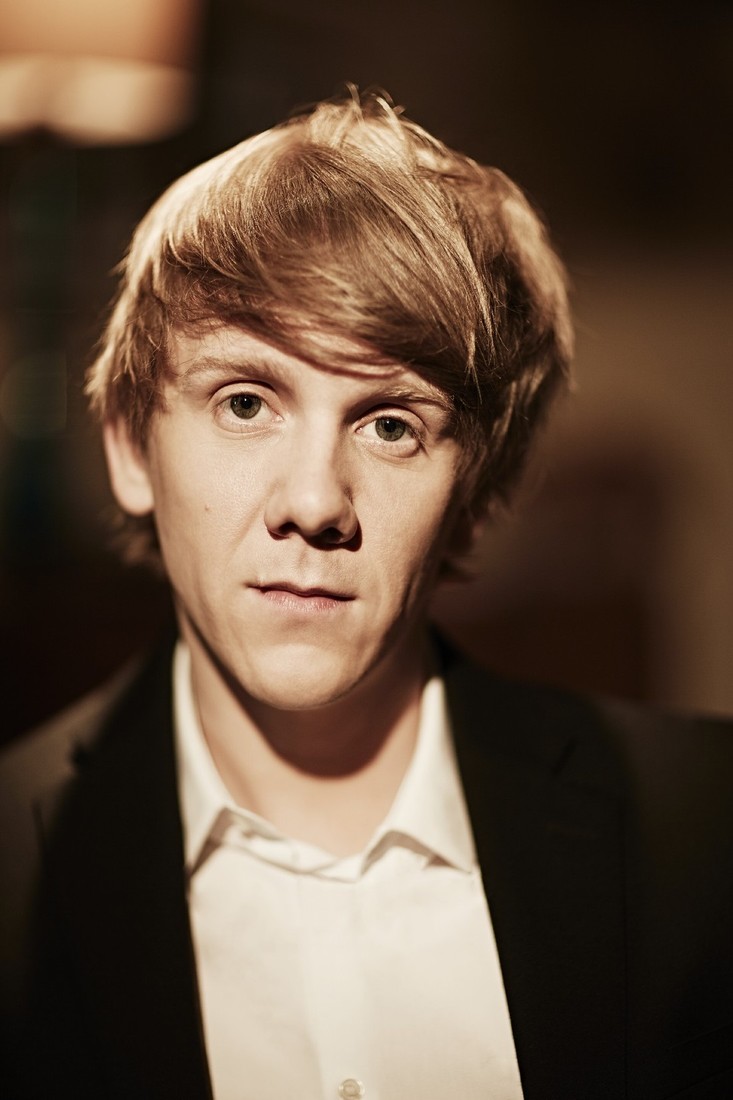 If you were among the hoards who were disappointed by the cancellation of the HBO series Looking, fear not, Pivot’s Please Like Me, starring gay actor/creator Josh Thomas more than amply fills the void. The sexy and funny Australian series, now in its third season, features Thomas playing  a character named Josh, who has dealt with coming out to friends and family, the disintegration of his parents’ marriage, his mother’s  hospitalization in a psychiatric facility, his father’s remarriage,  maintaining friendships and searching for and finding love. I spoke with Thomas about the series in late 2015.

Gregg Shapiro: Please Like Me is based upon your coming out experience. How much of the rest of the series is actually autobiographical?

Josh Thomas: It’s hard to pinpoint. We take bits and pieces and muddle them around with fiction. As far as the coming out experience goes; in real life I came out via text message to my Dad and then he just wanted to talk about HIV. There was no big “I love you no matter what” teary speech. Not like those twins on YouTube. His reactions to things are always so practical. My mum called me and said “What’s this I hear about you having a boyfriend?” and I said “I can’t chat I’m on a train” [laughs]. It plays out differently in the show but the parents’ attitude is the same.

GS: Your character Josh's best friend Tom is straight. Do you think it's a common experience for people of your generation more than previous generations?

JT: Tom is my real best friend. We’ve been friends since we were 12. I never really thought anything of it. He’s sitting next to me, I’ll ask him what he thinks of me being gay [pause].  He says he doesn’t think about it ever. I don’t know what it’s like for people of the previous generation.

JT: When Tom was living with me we got chickens without really thinking it through. We loved them, but we had to give them away because my house is too small. If I had a bigger house I would get chickens again - they were so charming and there was always breakfast.

GS: Speaking of poultry, Adele, the transgender chicken, is a major character in the show. Do you know if Adele the singer has seen Please Like Me?

JT: I don’t, no. Sia has seen her episode where Arnold signs “Chandelier” and they tell me she liked it.

GS: Josh is also one of John the dog’s humans. Are you the human to a dog?

JT: John is my dog! The absolute best dog in the entire world. He is such an incredible actor, so raw and honest. He made friends with the chickens and it was so good. Once he was asleep and one was just resting on him. I love “unlikely animal friends.”

GS: You manage to walk a fine line mining humor out of serious subject matter, such as breakups, depression, coming out, abortion, monogamy, recreational drug use and open relationships. Can you please say something about that approach to those issues?

JT: We just sort of approach it like we would in real life. If someone is going through an awful time they don’t usually stop making jokes, do they? Maybe that’s just me [laughs].

GS: On the show, both of your character Josh's boyfriend's have been pretty hot. Do you ever envision him being with someone average looking?

JT: Geoffrey and Patrick were hot for story reasons. Arnold (Keegan Joyce) was just the best actor and happened to be pretty hot. It really just depends who does good acting in the audition room.

GS: Josh also gets busy with his boyfriends, as well as an online hook-up in the current season. What are the challenges and rewards of filming sex scenes?

GS: You get a Donald Trump dig in episode five of season three. How do you really feel about Trump?

GS: What can you tell me about the religious icons on the walls of Josh’s house?

JT: I’m atheist. I don’t know. I just kind of like the pictures. They are so kitsch. Maybe it’s offensive to some people to have them around all the gay kissing but I doubt those people are watching.

GS: Creative people in Hollywood have a habit of remaking critically acclaimed and popular TV shows and movies from other countries in Americanized versions. Would you approve of an American Please Like Me?

JT: Oh, it’s awful when you guys take good shows and remake them in American accents but without all the bits of the show that were good in the first place. Please like me is produced by (cable network) Pivot, so it sort of is the American Please Like Me. It’s just Pivot trusted Americans to be able to deal with watching foreigners.

GS: Who would you want to play Josh in an American version?

GS: Where do you imagine these characters 10 years from now?

JT: I don’t know. It’s a weird question because the characters are based on me or people I know and I just don’t really know where we’ll be. The show is a few years behind us. Hopefully Josh will finally get abs [laughs].