The amount of controversy, based on a trailer, when nobody had seen the film, was strange and funny to me. But what can you do? 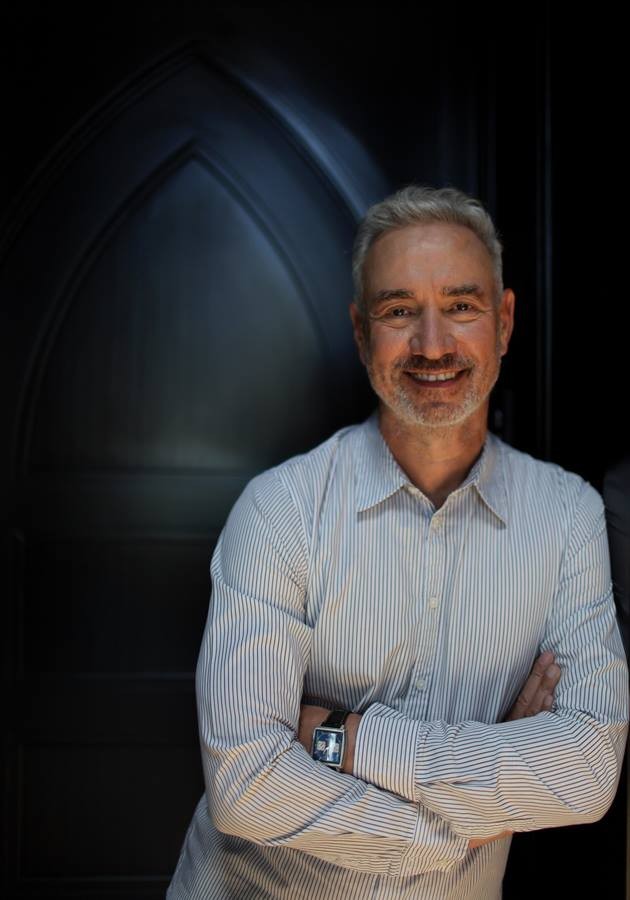 Like a Roland Stone(wall): an interview with director Roland Emmerich

Roland Emmerich, known for action-packed blockbusters such as Independence Day, might not be the first name that comes to mind to direct a movie about the Stonewall riots, which marked the launch of the modern day LGBT rights movement as we know it. However, that didn’t prevent the openly gay filmmaker from trying his hand at making such a film. Featuring a screenplay by gay playwright Jon Robin Baitz, Stonewall (Roadside Attractions), tells the story of corn-fed Midwestern boy Danny (Jeremy Irvine), arriving in New York in June of 1969. Befriended by trans hustler Ray (Jonny Beauchamp), aka Ramona, Danny undergoes a personal transformation to become not only an openly gay man, but one who takes part in the famous Stonewall uprising. I spoke with Roland Emmerich about Stonewall shortly before it opened in theaters.[Stonewall screens as part of Reeling 2015 at 7 p.m. on Sept. 20 at Landmark Century.]

Gregg Shapiro: Do you remember when it was that you first became aware of the Stonewall Riots?

Roland Emmerich: It was (when I was) in Germany. Everybody talked about the Stonewall Riots. I knew quite a lot about it because I was interested in history.

GS: If there is a target audience for Stonewall, who do you see that to be?

RE: I made this movie, like all of my movies, for the biggest possible audience. I don’t think there’s a target audience. It’s just for people who are interested. When we tested the film, it was relatively balanced (in regards to) who liked the film and who didn’t like it.

GS: Parts of Stonewall are set in small-town Indiana, where the lead character Danny is from. With the recent anti-gay kerfuffle in Indiana, was it intentional or coincidental that Danny was from that state?

RE: That’s coincidental. The lead character is actually based on a friend of a friend.

GS: Has that friend of a friend seen the movie?

RE: Yes, he has seen the movie. And he likes it. Basically, what we did first was show it to one or two advisors that we had from the Stonewall veterans. When they liked it, approved of it, I was very happy. They said that what we show and how we showed it is very accurate.

RE: Sure, absolutely. That’s why we did the movie. Because there are a lot of young people who have no idea that the Stonewall uprising/riots spawned all these gay marches.

GS: I’m glad you mentioned young people, because a number of the cast members were born long after the Stonewall riots occurred. Did any of them have an awareness of the events of June 28, 1969 and its significance to contemporary LGBT culture?

RE: Some of them had and some didn’t. Most of the time it’s shocking for me that LGBT kids don’t know about it. In general, we had a smart cast, although one or the other had no clue that this event took place.

GS: Were there books or other resources that you recommended to them so that they could become more familiar with the subject?

RE: Yes, we gave everybody a reading list. It’s one thing to read a book. We also found one or two or three Stonewall veterans and we asked them to help us. Some talked (to cast members) by phone, some in person, to tell them about the times, what music they listened to, how they felt. Just to get a little bit of a feel that you can’t get out of books.

GS: Who were some of the veterans?

RE: One was Martin Boyce. There were several.

GS: Jonathan Rhys Meyers, who plays activist Trevor, has previously played gay onscreen, in Todd Haines’ Velvet Goldmine, for example. What was it like to work with him?

RE: I have always been a fan of him. [Laughs] It always starts like that. I loved him in Velvet Goldmine. When you cast a movie, you probe around. You have a list and he was very high on the list. We were fortunate that he wanted to do it.

GS: The characters in the film are a blend of real (such as Marsha P. Johnson, Bob Kohler and Frank Kameny) and fictional people. Please say something about the choice to blend those stories.

RE: That’s the peculiar thing about the Stonewall riots. A lot of people take credit, but it’s very murky. One thing is very clear – it was a lot of the homeless kids that did it. And they’re nameless. It’s all very vague. That was one of the difficulties in getting the movie made, Normally, when you do a movie such as Milk, you can go to someone such as Sean Penn to play Harvey Milk and you have it much easier. (With Stonewall) you just have these kids. On top of it, I didn’t want to make it a star-driven movie. I was set on telling the stories of these unsung heroes. Naturally, we realized that we had to have some historical characters. When you talk about Stonewall, you can’t talk not talk about Marsha P. Johnson or Bob Kohler or Frank Kameny or Ed Murphy. We even based some of our fictional characters on famous people such as Sylvia Rivera. It was cool, in a way, for us to mix historical facts with fictional ones.

GS: You have a long, creative history of directing special effects-laden films. Did you feel like you had to dial it back for Stonewall and, if so, what was involved in that process?

RE: My big movies helped me a lot to make this film. We realized very fast that this movie is only possible if we build a big set. Another director might have said, “I don’t know how to do that.” But I know how to do these things. Everybody was really surprised how real it all looked. The whole movie was shot indoors.

RE: You didn’t realize that?

RE: [Laughs] Then we did it right! It’s very dangerous to do that, but it was the only way. At first we wanted to do it in New York, in the Village. But there was too much red tape and it would have been too expensive and it would have taken way too long. Also, there’s not much left (of the original streetscape). A lot of the housing is totally different. We went for what I know from my movies, where you say, “Let’s build it, and build it in a way that nobody will know (the difference).” We had to build the club interior anyway. It was kind of cool to come out of the club and be in the street.

GS: Before the closing credits run, there are some current facts about the current state of gay life around the world that flash onscreen. Closer to home, we are dealing with the county clerk in Kentucky who was recently jailed for her refusal to issue marriage licenses based on her extremist religious beliefs. Do you think this story would make an interesting movie?

RE: I’m already looking for other stories. It’s an interesting subject. I think there are at least two or three more Stonewall movies to be made. I hope that our movie is successful enough to spawn more movies.

GS: Gay films have a history of controversy not just amongst straight people but also within the gay community itself. I’m thinking specifically of The Boys In the Band and Cruising. Were you prepared for the controversy that arose around Stonewall?

RE: Not really [laughs]. I’ve always said that it will be interesting to see what happens. The amount of controversy, based on a trailer, when nobody had seen the film, was strange and funny to me. But what can you do? It would have been different if they reacted that way after having seen the movie [laughs], not based on the trailer.

GS: Finally, Roland, have you started working on or thinking about your next film?